I had a good bit of time with Elite: Dangerous, but for me it was more than just a demonstration of a space sim. When I walked into the room to get hands on, the first thing I was asked is if I had played with an Oculus Rift before. My answer was no. I had never been anywhere where I was able to get my hands (or should that be head/eyes) on one and, frankly, had always wanted to experience this revolution in VR.

So, I was promptly sat down and given a quick tutorial on how to use the extensive joystick controls at my disposal and then I put it on. Now, far be it from me to make extreme remarks, but Elite: Dangerous looks more stunning on the rift than most games look on a normal screen. With my instructions to disembark the space-station I was currently docked in and just explore, I did so. Next, something I will never forget for the rest of my life. As I was leaving the station I looked down, the 360 head movement allowing me to see everything around my fully glass cockpit. As I looked down, everything dropped away and my stomach actually felt like it was going to drop. 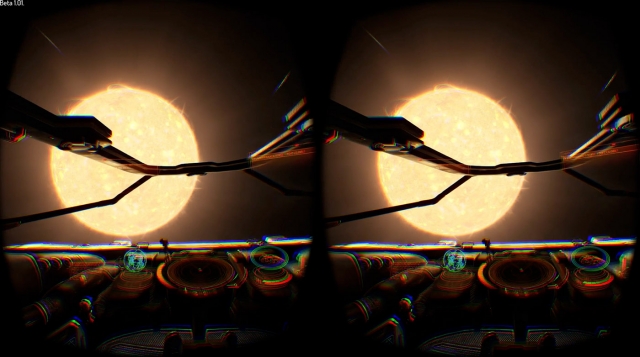 I was suspended in space by nothing more than the glass that made up my cockpit. It was a feeling I have never had before but one I would gladly have again and again. Who doesn’t dream of going to space in their own private ship? The next thing that took my breath away was the feeling of speed. When you accelerate to extreme speeds your mind is trying to comprehend your sitting still with what’s happening. It was a fantastic experience and when I got into combat and was able to watch the enemy ships streak over my bow and follow them, I thought to myself I’ll never experience anything this game-changing again in my lifetime.

So, after my Oculus Rift experience I was shown around the universe of Elite: Dangerous by a veteran of the development team who was just simply a pro in every way. Aside from pretty visuals, the game has plenty of interesting things happening. With a huge expanse of planets, stations and just lots of space to explore there never seems to be a dull moment. Even moving from one place to another is involved and you have to continuously be on your guard, as at any time a gravity field or event can pull you out of a faster-than-light jump into any unexpected situation. 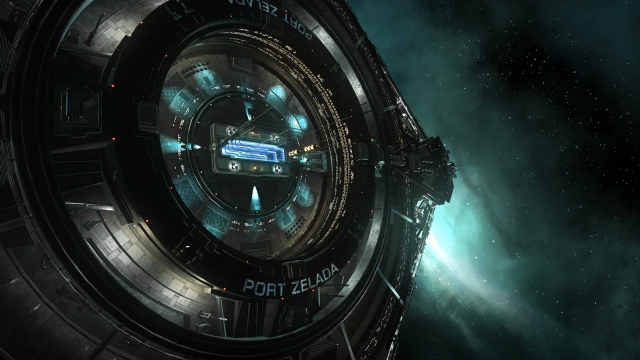 I witnessed a convoy of freighters being attacked by pirates and I jumped in to lend a hand. One of my jumps ended as I got too close to a star and its gravity pulled me in. I was constantly jumping from place to place either docking with a station, taking cargo from one place to another or just looking for a fight.

Elite: Dangerous is as much about what is coming, as it is about what’s already here. First-person planet and station exploration and multiple complex systems governing its open world PvP & PvE that are yet to be implemented, but what’s on display so far is something more than worth your time. Oh, and if you get a chance to play it with an Oculus Rift, do yourself a favour and take it.

Prev
Gamescom 2014
Next
Are you enjoying the Elite: Dangerous Beta? Have you used an Oculus? Let us know below.