For those who ever played Monday Night Combat online, the concept of this game may feel familiar. In Dragon Warlords, there are two sides (possibly more later in the game) and you need to use resources (which you earn slowly) to buy troops to trot over from your base to theirs (Much like the online mode in MNC). At the same time, your opponent is doing the same, causing both your units to fight. In the level I played, I had access to three troops. A basic sword-wielder, an archer, and a big ogre-looking fella with a mace. 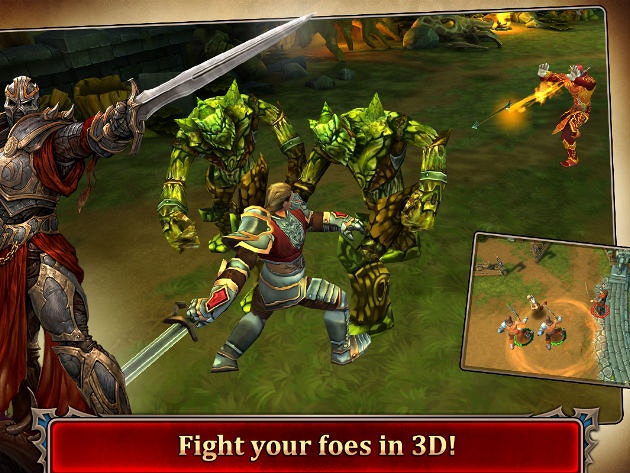 As I was playing one of the first levels, the match itself lasted about three minutes. I was shown the level-Trail and it seems there is quite a bit to go through, and I think it’s safe to assume that the further into the game you go, the more units you unlock and the more thought will need to be put in to which units you choose to send out.

As I had a very small time with Dragon Warlords, I can’t really form a valid opinion, but with the time I did have with it, I can say I’m looking forward to seeing the rest of the game. Dragon Warlords has no release date as of yet and will be available on iOS.