So far, Wii Fit has proven to be a bit of an anomaly. The fitness game genre pretty much spawned directly from the 2008 smash hit, but since then we haven’t seen a game come close to either the quality or the success of Wii Fit. So for Ubisoft’s new fitness game, the aptly titled Shape Up, there’s a tough challenge on the horizon. Eschewing the serious tone of the original Wii title, Shape Up aims to make fitness fun - yet another challenge by all accounts. Of course, the Kinect 2.0 is by far a more able piece of technology than a Wiimote, so the game has an advantage on that count, but is a fun fitness videogame actually possible? I spent some time with the game recently and while I’m not totally sold as of yet, I can see this appealing to a lot of people out there.

At E3, Ubisoft unveiled the game and showed a bunch of individual exercises including the push up challenge and the piano step, the latter of which actually looked really fun, so I was somewhat disappointed not to get the chance to play it! At gamescom, however, the team revealed how these challenges, and many more, will fit into the wider game. Training Quest is the title given to the game’s fitness regimens that set out four week programmes for the player, with each quest focusing on a specific area of fitness: cardio or muscle training. The two quests are represented by a luchadore for muscle and a...Japanese anime-esque woman for cardio - apparently she’s called the Beatmaster. Not too sure where that came from but I don’t mind a bit of quirkiness. 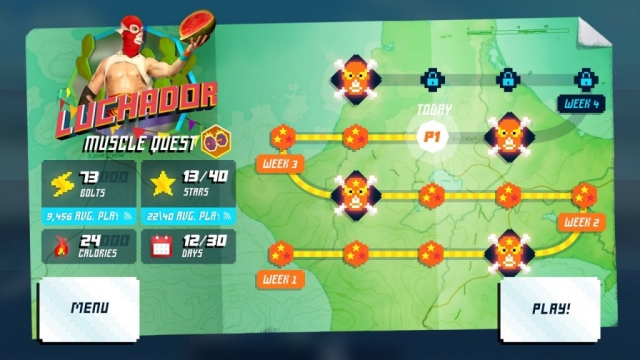 Those characters aren't just for show either, they’re the bosses that you’ll have to battle at the end of each week of the quest. Of course, that’s not to say you won’t be challenged during the normal sessions, as you’ll have to complete a few of the 90 challenges available in the game. Saying that, with regimens set to only 15 minutes three times a week, it doesn’t look as though it’ll be all that much of a challenge. I know you’re supposed to take a day off after exercising but one 15 minute session in front of a Kinect is hardly an extreme amount of effort. Ubisoft noted that the mode will feature an adaptive difficulty system but the inability to change how often you work out and for how long seems like an odd move. That’s not to say it won’t be in the final game, but so close to release it’s unlikely to be added.

Still, that’s just me, I’m sure there are plenty of folks out there who think it’s just the right amount of exercise time in a week. Regardless, there’s a possibility that after playing both quests players could question why they should do the same mode over and over. The game’s rePlay technology comes to the fore here. Announced at E3, this technology uses the Kinect to record your high-scoring workouts so that when you return to that specific challenge you can essentially compete against yourself. Self-improvement is the ultimate goal of fitness so it’s an excellent idea that should help players gauge how far they’ve come over the course of a quest or the game in general. 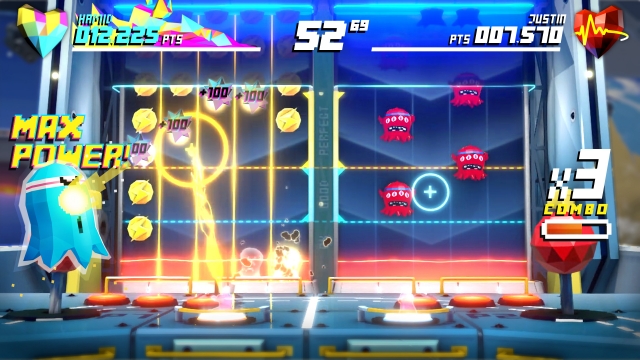 Perhaps the most interesting thing about the new quest mode is the inclusion of local co-op - and yes, co-op does seem like an odd word to use when I basically mean working out together. This is one area that Wii Fit never really made much headway with, so there’s a potential market there for Shape Up - specifically, gamers who want to subtly suggest that their partners lose weight. The quest mode and all of the challenges can be played co-op, although the boss fights are single-player only so you’ll have to draw straws on that one. The idea of playing alongside a friend or partner makes a lot of sense to me; my time with the game exemplified that it’s all a lot more fun when others are also involved - so much so that I question just how fun it will be alone.

In fact, that’s an issue I have with the game as a whole - playing with friends is good fun, but I’m not convinced that any amount of distraction is going to make working out alone a genuinely fun activity. Especially when you compare it with the host of normal videogames that’ll be sitting right in front of you as you exercise. If you ask me, personal fitness is a serious business that requires a consistent and serious attitude, but I honestly want to be convinced that it can be a fun activity akin to, well, playing videogames. As I mentioned, I’m not sold on that prospect just yet, but I’ve got an keen eye on Shape Up, and I know I’m not the only one. 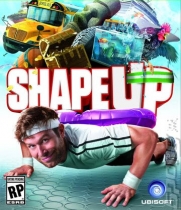