Single-player has always been a bit of an anomaly for the Battlefield franchise. While there have been some shining examples of hope, namely within the Bad Company games, the series hasn’t really provided the most acclaimed of single-player experiences. In fact, the campaign modes of the core series have all been strictly average. So there’s always a slight sense of awkwardness in the air when a Battlefield dev starts to talk about the game’s campaign mode. It was there, thick and heavy, during a presentation at this year’s Gamescom; but after a 30 minute demonstration, it’s safe to say that most people in the room were pretty well convinced that the Battlefield: Hardline campaign has a lot of potential, and so were we.

It’s the new overarching presentation that benefits Hardline more than anything else. Gung-ho military campaigns in nondescript middle-eastern countries with cyberterrorists have long since plateaued. It would be a vast understatement to say that players have become tired with this type of single-player experience and while Call of Duty has opted for a futuristic setting in an attempt to refresh its single-player, Battlefield has gone for a completely different theme. Hardline’s single-player closely reflects the cops and robbers system of the multiplayer; the protagonist is Nick Mendoza, your typical hollywood cop “struggling with the law”. We’ve been in this territory before, but not recently and certainly not with a franchise of this magnitude. 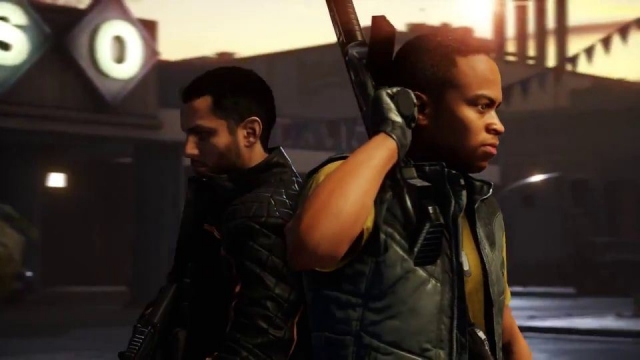 That cops and robbers vibe is emphasised through an “episode presentation” that allegedly mimics famous American police action shows. It’s not clear as of yet how this factors into the game’s story, but it’s certainly an interesting concept that conjures delightful thoughts of John Bunnell commentating on your policing skills - by which we obviously mean ‘explosion skills’. That story is also supposedly an important part of the mode; Visceral has gone to the lengths of hiring some prime voicing talent for Hardline and this shows in an excellently voiced and animated cutscene that kicks off the demonstration.

While the presentation, visuals and voice acting are on point, it’s hard not to ignore the rather cheesy writing. Hopefully this is something that will improve as you play the entire game. Regardless, once the gameplay kicks off, things really start to look up. An incredibly atmospheric (not to mentioned graphically beautiful) underground sewer sees the first bout of action, including some familiarly chunky gunplay alongside some more unusual segments. Stealth appears to have been significantly enhanced for Hardline, or at least it’s a much more significant and plausible part of the gameplay experience than in other Battlefield games. 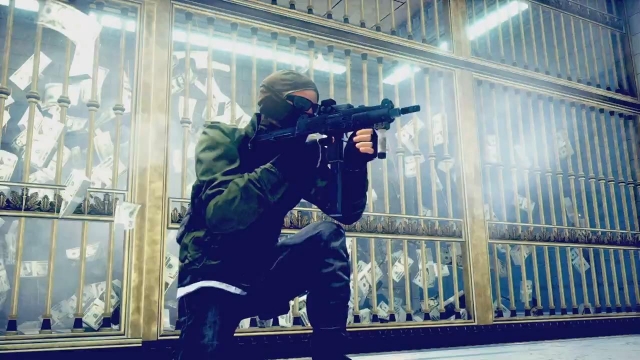 At several points in the demo, the player threw a bullet casing across the ground in an attempt to distract the enemy goons - true Metal Gear Solid style. The MGS influences come thick and fast as at a later point in the demo the player implements a new Battlefield mechanic Visceral are calling Freeze. If you approach a target, or targets, from behind then you have the option to hold them at gunpoint while you cuff them. There doesn’t seem to be an option to force them to dance, but I suppose that would be nothing short of blatant plagiarism. These expanded stealth mechanics all fit within levels that are more open and freeform than those seen in recent Battlefield titles.

It’s a concept that fits well alongside the multiplayer gameplay and destructive style of the Frostbite engine. The open environments mean missions that have multiple routes on top of the simple choice between stealth and balls-out action. A Far Cry-inspired scanner can now be used to tag enemies and weapons like the taser and improved takedown/melee mechanics make it much easier to navigate areas silently. Plus, with the new grappling hook in tow, traversal around levels should be a lot easier. It’s a great concept that plays well to the Battlefield tagline, but we do have fears that too few of the single-player levels will actually feature the open style, as was the case with Killzone: Shadowfall. Only time will tell on that front. 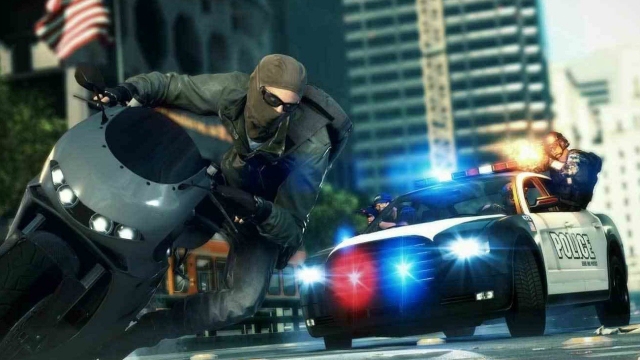 So while the single-player campaign looks as though it could be a point of real interest for the first time in the series since Bad Company 2, there’s no point denying that multiplayer is obviously still the focus of this Battlefield game. Alongside the new single-player details, Visceral has also revealed two brand new game modes that also fit perfectly within the Hardline universe. Hotwire is perhaps the most inventive mode we’ve seen yet from Visceral; it looks to be more GTA than Battlefield, but that’s certainly not a bad thing. The mode pits the classic cops and robbers against one another in a vehicle focused high-speed deathmatch.

The speedy vehicles were a highlight of the recent beta, so it’s great to see a game mode focused specifically on car chases - although let’s face it, how could Visceral create a cops and robbers game without having a police chase mode? Players are tasked with driving certain vehicles for more accumulative time than their opponents, which means firing and dodging bullets and rockets is the aim of the game. It’s an exciting new mode that emphasises just how far Battlefield’s vehicular warfare has come, although this may not be one of the most enduring game modes, nor the most easy to accommodate when it comes to map design. The second new mode is Rescue, which apparently has been devised with a focus on eSports. Essentially, two teams of five battle over a single hostage with only one life each per round. It actually works in a very similar fashion to the gameplay demo of Rainbow Six: Siege, but with less pre-planning and cheesy teamspeak. The tighter focus and hardcore respawn rules certainly do make this ideal as an eSport, and it’s telling that EA and Visceral feel comfortable openly admitting that this was the overall plan of Rescue. Could Hardline be EA’s big eSport bet moving forward?

Gamescom was a favourable event for Battlefield: Hardline. While the single-player mode doesn’t look as though it’ll break any boundaries, it’s looking a lot more interesting than anything we’ve seen in the single-player FPS scene as of late. Plus, with some inventive new game modes also on the out, it’s a good time to get excited about Hardline again, even if you do have to wait extra long for release (early 2015). We did notice a few possible overarching issues with the game, including a rather wonky presentation of the police as well as a general lack of real innovation, but on the whole this is looking like a worthy distraction from the core Battlefield series. At the moment though, that ‘sideline’ vibe is the only one we’ve been getting, and some may not like it. 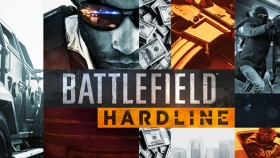