Running Shadow was the second game that I was shown in my Game InSight appointment. Upon loading the game up, I was immediately thrown into a game with very little explanation. I played regardless, and I was introduced to a small cutscene briefly explaining the game.

Within the city of Hadrion, you are an assassin, who is a member of the ‘Fraternity of Shadows’, people who were rejected by society for breaking its rules. They are fighting against the ‘Death Deniers’, who are attempting to revive the bloodthirsty old gods of Hadrion.

As I was put into a level by the dev, I was told that it is very similar to Temple Run, and upon getting into the game, I could understand. Don’t worry, it’s not a carbon copy. It takes Temple Run’s base mechanic and sculpts it into something much bigger. 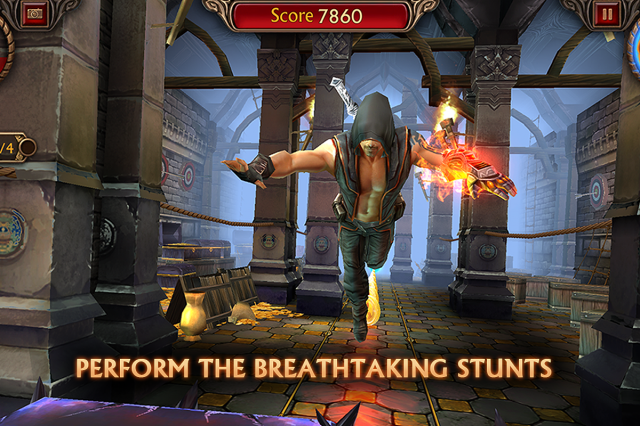 The first notable difference I saw between this and TR was the inclusion of quests for each level, rather than just running to the end each time. In the level I was shown, I had to collect several objects along the way, whilst swiping left and right to avoid obstacles (and obviously to pick these objects up).

The second difference is enemies and stunts. Throughout the level, there are obstacles (as stated above) and when leaping over these, there is a chance you can pull off a stunt. Besides looking fancy, these give a score boost. There are also enemies that I encountered during my playing that can be killed. However, I was not told how, meaning that whenever I found one, I either ran straight into/past it or I did ‘something’ and killed him, which only happened once.

The final difference is the equipment you can collect, whether this be weapons or armour. These can be bought between mission with either gold (which you can collect throughout levels) or gems (which is the ‘special currency’ of Running Shadow). I would imagine that, especially later in the game, this equipment will give more buffs other than attack & defence increases. 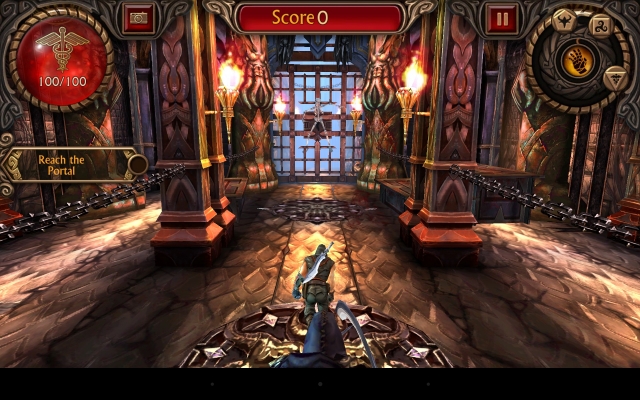 After several deaths, I completed the level and the devs took me out to the world map, showing the whole city of Hadrion. They tried to show me one of the other areas of the city but were unable to. I saw that to progress in the game you could find keys for certain areas or you could buy them through microtransactions.

After this, I was moved off Running Shadow and onto the third and final game of the presentation. Whilst I felt disappointed by Running Shadow, I feel a big part was that I wasn’t shown the best of what Running Shadow was, causing me to believe it wasn’t as good as it perhaps actually is.