My time spent with Kyn was one of the most entertaining experiences of Gamescom. A game that has been made by only two people and one composer. You’d be hard pressed to know this by looking at this ARPG as it looks like something created by a much larger team. I had around forty-five minutes with one of the developers and we talked about all things RPG, and how the game takes influences from so many other games to try and create a new gameplay experience.

The first obvious influence is Baldur’s Gate. There are so many games that try to channel the greatness that Baldur’s Gate managed so effortlessly, but it looks like Kyn is close to getting it. I was shown a party of three different characters that all have three separate skill trees, all could be upgraded in any way you see fit. These trees represent the most common RPG tropes: Range, Mage and Warrior. No one character is limited to one playstyle and mixing and matching is very much encouraged. 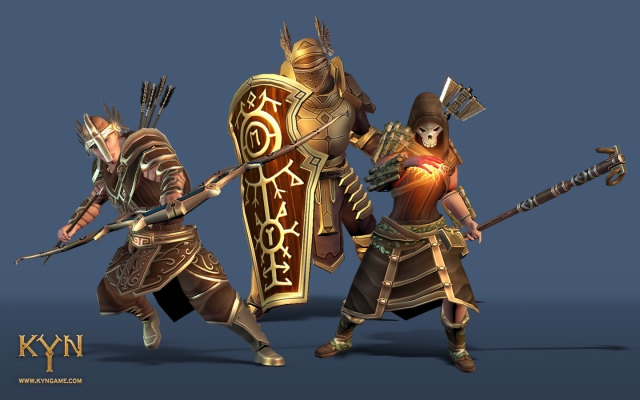 But, this is not all free choice. As you continue through the game and collect materials for crafting you’ll notice that higher level materials are extremely rare, thus offering juxtaposition to the ‘play how you want’ style by causing you to make decisions on what you want your character to specialise in. It’s a clever way of making players engage with their characters. And, if Kyn has anything, it’s character.

Most of my time with the title was spent talking about the world and how the team wanted it to be more realistic and dark - something you’d be forgiven for not noticing at first glance with the bold colourful aesthetic. This lead to discussions about the main thing Kyn is doing differently: its story. Promised is a dynamic storytelling environment and a world that reacts to your actions. The world of Kyn has no definitive big bad guy, it’s just a world where things have moral choices and some people will think differently to others, allowing different outcomes. 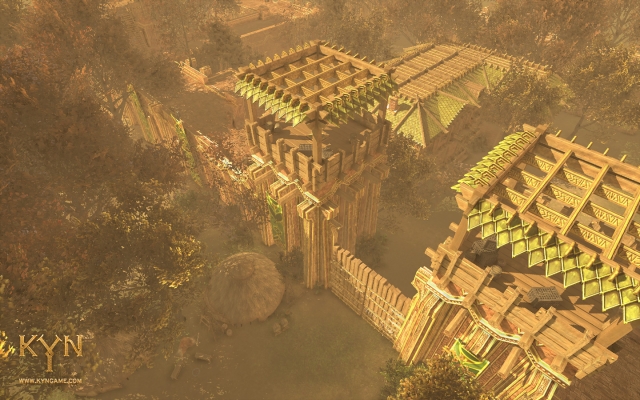 This will be seen in the hubzone of Kyn, a town that changes and grows depending on your actions and choices. I wasn’t given too much information on this, but was told that it will expand as you bring people back - also change in image depending on if your actions help or hinder the town. You also get a personal sheep that not only acts as a companion but a shop of sorts. He will wander off to eat grass and not pay much attention to you and your group’s actions. I was also told he’s constantly getting blown up and killed which is part of the main dark humour that is to eventually permeate the whole game.

Despite having three playable characters at any one time, the game will not offer co-op on release, but it’s not something the creators are ignoring. It’s an obvious way the game could go if they wanted it to and are very aware of it. They are just focusing on bringing a good single-player experience first and foremost, which is always nice to hear. 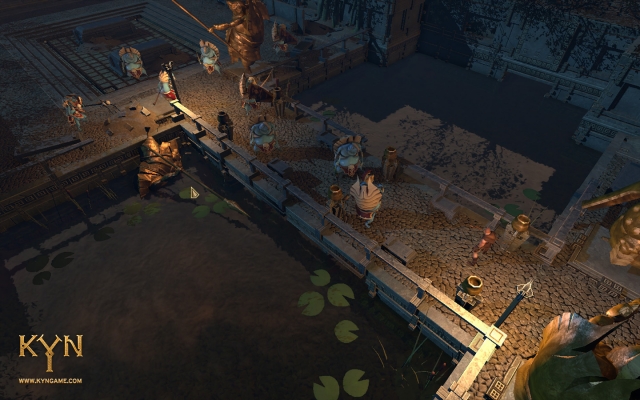 Kyn is looking very promising and a game to most certainly keep on your radar - even if just for the idea of a wandering sheep companion that cares little for your exploits.

Prev
Gamescom 2014
Next
What do you think of Kyn? Let us know below.