I’ll make a confession here; playing a Just Dance game at 9 o’clock on a Wednesday morning at the beginning of a busy Gamescom week wasn’t my idea of a good time. That was, at least, until I actually got into the room and decided to just let it go. I’m a fan of dancing - although not in a ‘goes to dance competitions’ way, more like ‘awkwardly shambles in a nightclub’ kind of way. I’m bad, but I accept that truth and flaunt it.

Yet I’ve never really been attracted to the Just Dance series, despite once owning a digital dance mat and playing the game a couple of times at parties. Let’s be honest, as a young but rather serious gamer I’m not exactly the target market. Yet in that small press room on that rainy Wednesday morning, I started to see why Just Dance has quickly become one of Ubisoft’s biggest earners.

Just Dance 2015 is the not-exactly-inventive title of Ubisoft’s latest iteration of the dance series and is set for release at the end of October on PS3, PS4, Xbox 360, Xbox One, Wii and Wii U. In many ways, it’s a similar experience to that found in the previous title, although an all new tracklist is likely to gain the interest of series fans. Plus, an inventive new game mode titled Community Remix will feature in which players can dance along with other Just Dance gamers across the world through Kinect and camera captured video footage. 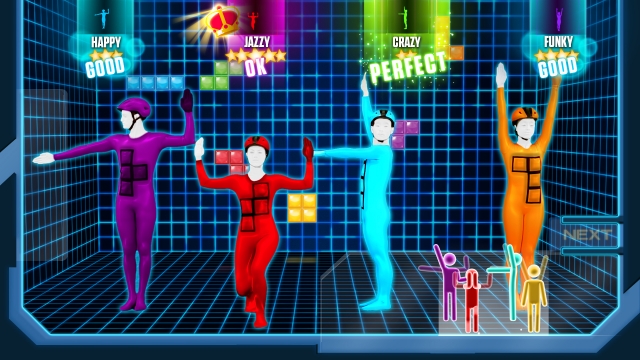 I got to try this mode at Gamescom, and while the community videos weren’t quite as helpful as the standard animated visuals, it sure was amusing to see pensioners and middle aged men strut their stuff to What Does the Fox Say. I dare say that you’re likely to see a lot more young girls in these community videos than old men come release, but it’s a neat idea that only furthers the concept of a communal dance experience.

Among those aforementioned new tracks/dance numbers, of which there will be around 40 in the final game, are some real winners. A hilarious dance rendition of Tetris is definitely my favourite track, while classics like Aerosmith’s Walk This Way and Bonnie Tyler’s Holding out for a Hero are a nice change of pace. Of course, One Direction’s Best Song Ever and Calvin Harris’ Summer are probably going to be a lot more popular than those songs, but I have this thing called snobby taste (or, as I prefer to call it, the ability to hear properly).

So Just Dance 2015 is looking to be a good, albeit rather familiar, addition to the series. Perhaps more interesting, from a technological standpoint at least, is the upcoming release of Just Dance Now. The game is basically a free-to-play app downloadable on iOS and Android (or at least it will be in the future) that allows anyone to play Just Dance so long as they have an internet connection and a TV/web device capable of running a browser. Essentially, it’s Just Dance but without the need to buy a console. 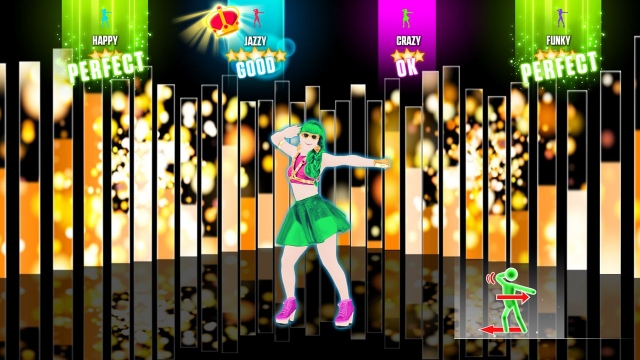 The concept is pretty simple: run the Just Dance Now webpage, link your mobile device to that page, select a track and dance to the beat. You phone will act as a motion detector, making the game akin to the Wii version of yesteryear. According to Ubisoft it’ll be great for people in regions of the world that don’t have easy access to consoles - although I’d argue that the same places probably have issues with smart TVs and smartphones too. Still, it’s a neat idea that’s sure to get more and more people into the Just Dance world.

It helps that the game will feature all of the previous Just Dance catalogue (many for a fee of course) as well as the ability to play with literally thousands of others simultaneously. From a technical view, it’s an ambitious plan that could either fall flat or launch the series into a whole new stratosphere. It’s also an intriguing move for Ubisoft into the free-to-play mobile market that’s likely to determine the publisher's future in the area.

Whatever the future holds for Ubisoft and the Just Dance series, there’s no doubt that fans of the franchise are spoilt for choice this holiday period. While the general experience is very much the same, that’s certainly not a bad thing. The short time I had with the game, along with some other journos, developers and professional dancers, was actually very fun and proved to me that there’s something in this. I can’t quite put my tappity-toe on it, but it was a great way to kick off Gamescom and remains one of my lasting memories of the week: that alone speaks for itself.