“No two playthroughs are ever the same.” It’s a bold claim that a lot of modern games are attempting to live up to with varying levels of success. For Paradox Development Studio, it’s been a mantra for the team’s work for a long time now. Grand strategy games aren’t sold on their ability to be incredibly varied, but that’s only because they all provide near-endlessly replayable experiences. So when the Paradox dev team turn their hands to an action RPG and make that very claim, you know they mean business. Runemaster is looking to be one of the most diverse and replayable RPG titles we’ve ever seen - and that’s no mean feat.

The core idea behind Runemaster is procedurally generated worlds that’ll be different every time you start a new campaign. Randomly created worlds are undeniably ‘in’, but it’s never really been implemented on this scale. While most of titles of this sort encourage relatively short story mode play times, Runemaster’s random worlds will remain in place for an entire campaign - which, while not confirmed, is bound to be similar in length to most other RPGs. So you’ve got plenty of time to warm to your personal version of the game, and whenever you start again you’ll be greeted by new worlds with new challenges. 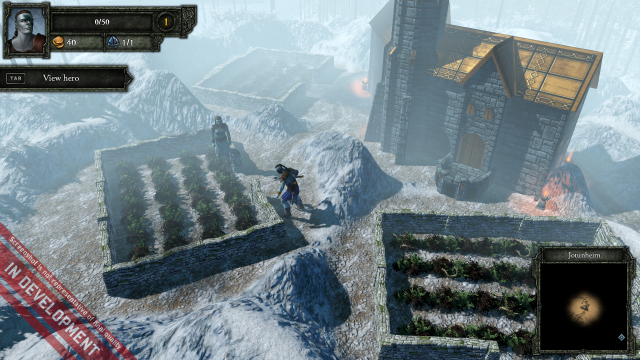 You may have noticed the plural there: worlds not world. That’s because Runemaster is based on Norse myth, which means six of the worlds of legend can be explored within the game, each one providing its own creatures, NPCs and overall tone. It’s like the regional system of... well, most RPGs, but dialed up to 11. If Paradox is able to make each world really stand out, this should only help to further the ‘different every time’ vibe. The two worlds that we saw at gamescom were beautifully detailed and really quite different - so expect some lavishly designed levels come release. After a decade of creating increasingly detailed maps, it’s great to see Paradox creating some fully formed environments with the Clausewitz engine.

If you’re thinking that procedural generation won’t be quite enough to satisfy your desire to play again then fear not, as Runemaster features an impressive level of divergent storytelling. A text-based system (with voice acting, mind you) allows players to choose their path through the game. Decisions have an impact on the story, and the character that you build will define the responses you receive from the game’s NPCs. So if you do encounter the same scenario in one game as another, it’s unlikely that the responses you receive will be the same. It’s a design element that ultimately boils down to impressive levels of character customisation and personalised storytelling. 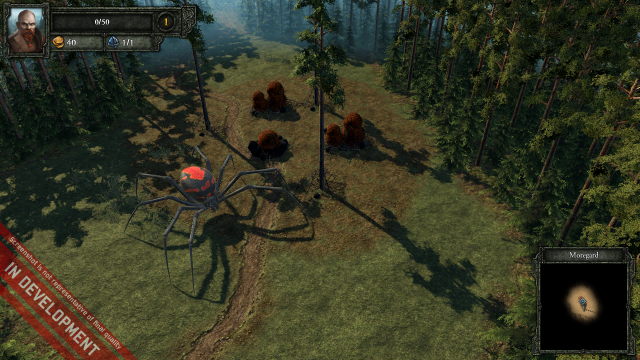 It’s not all subtext and storylines however, the Paradox team emphasised the importance of the game’s character creation tools and noted that they’re a key part of the player experience. The final game will include 6 races (the typical fantasy bunch) with three classes in each. You can change their appearance and stuff like that, but the developers are more interested in traits and stats that will build up as you play - Fallout 3 style. For example, an in-game slider tracks your character’s alignment with either Thor or Loki (good or evil, in essence); your alignment will then influence the effects of quests and story sections. The rest of the system is your basic ‘use your sword, get good at swordfighting’ deal, which has certainly become the agreed standard for most modern RPGs.

Of course, all of this would be nye-on pointless without an effective combat system to back it up - you didn’t think you’d be able to cross the lands of Norse myth with nothing but your words, did you? This is one area where Runemaster is moving away from the RPG norm; in place of 3rd person sword-swinging is a grid-based battle mechanic in which you lead small squads of troops against varying enemy squads - or, you know, giant enemy bosses. It’s an unusual style to blend with an action-RPG of this sort, but it sure does play to the Paradox background. For those who are a bit sick of the hack and slash nature of many RPGs, Runemaster could be a welcomed break from the norm. 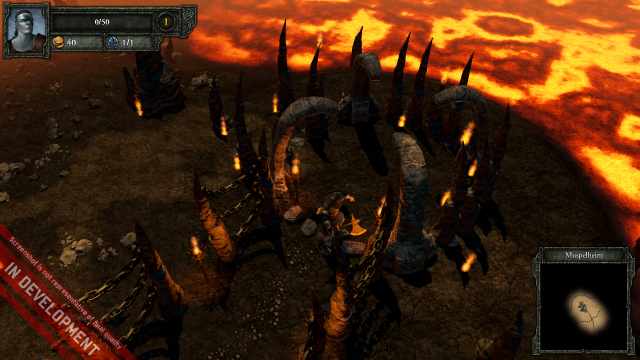 The battles focus on two statistics: damage and terror. Damage is your typical health degenerating factor that leads to a units’ demise, while terror, as it builds up, increases the chances of the unit running away from the field. The more ‘terrible’ the unit, the more likely they are to scare an opponent off. Accompanying this mechanic is an ‘army’ customisation system which allows you to pick certain units for you fighting force and then train and improve them later on. It’s a neat idea that could provide the game with a genuinely unique twist, but the challenge for Paradox will be to ensure the battles fit well into the overall feel of the game.

From what we’ve seen so far, the Paradox dev team are on track to make Runemaster an experiment worthy of their valuable time. Amongst all the new games and DLCs, it’s amazing that the team are able to provide consistently excellent videogames. This may be a diversion from their normal work, but if anything it’s an exciting new direction rather than a needless distraction from grand strategy. At gamescom the developers were incredibly enthusiastic about Runemaster, and that enthusiasm is coming to the fore in the final product. They’ve researched Norse myth to no end and included brilliantly detailed features like different writers for each class just to provide a bit of variety and replayability.

That level of commitment and care could well make Runemaster the dark horse of the RPG world when it’s released next year for PC and PS4.