The brand new Settlers game has placed the franchise in an unusual space. On one hand, this is the classic city-building Settlers experience that series fans will be familiar and probably very happy with. On the other hand, Kingdoms of Anteria is a completely new direction for the series that sees players complete RTS/Dungeon crawler-esque adventures with heroes, spells and super tough baddies. That’s a totally original hybrid of genres so far as we’re aware, but on first inspection it’s not exactly difficult to understand why that’s a combination that hasn’t been tried before.

According to Ubisoft Blue Byte, it’s not as much of a risky move as one might first believe. Players are apparently demanding more and more features for their city-building titles, and while we can’t help but feel as though a whole new genre added to the game is a step too far, we’ll have to take the team’s word for it at this early stage. While the city-building and RPG genres stand in rather stark contrast, Blue Byte emphasised that Kingdoms of Anteria isn’t simply a game of two halves, but rather a unique blending of styles that reinvigorates the series as a whole. 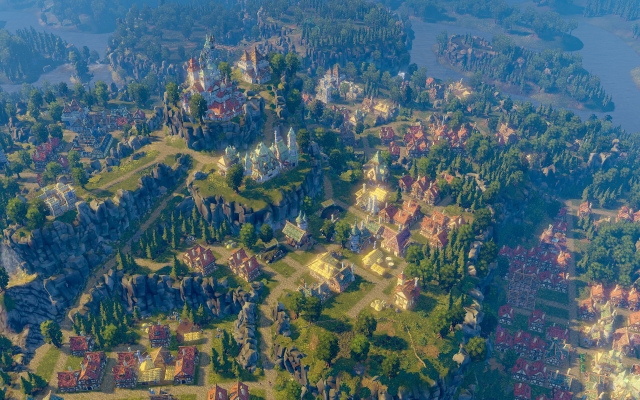 In reality though, it’s hard not to see the game as two almost completely separate entities. As will be demonstrated by the following structure of this article. The city-building aspect of the game looks to be top notch. It’s been over two years since a Settlers game was released and over four since a fully fledged iteration, and the game’s engine has been completely replaced in that time. Kingdoms of Anteria looked great during our Gamescom presentation; cartoony visuals blending nicely with an impressive level of detail. It’s a good start for a series that’s never really been on the cutting edge of technology.

The basic gameplay of the city-building element will be familiar to anyone who has played a Settlers game in the past, particularly those who’ve tried the most recent The Settlers Online. Although supply chains, with which players connect various buildings to create particular goods/items, can now reach up to 19 buildings all in an effort to make some seriously complicated stuff. Perhaps the coolest, and most demanded, new feature is the ability to continuously build your city throughout a game. Whereas in previous campaign modes the player had to start a new city from scratch with every level, the single-player mode will now feature one persistent city that you can build up over time. 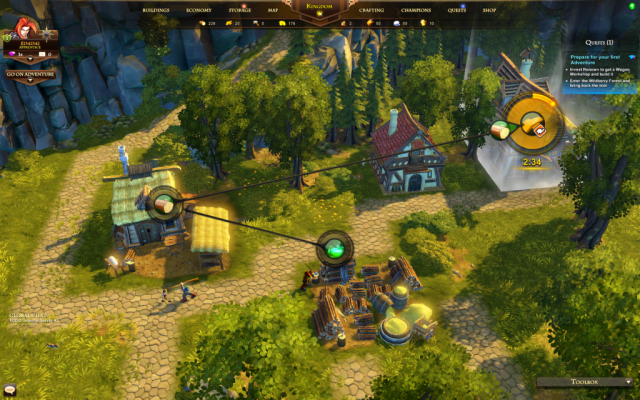 That’s an interesting move that should really benefit replayability and win back a few of the longtime fans who are initially scared off by the RTS segment. The continuous city means that gameplay on the whole is more methodical and generally has a slower pace. Coupled with a more intuitive economic system, this could very well be one of the best city-building segments of a Settlers game ever - and that’s no mean feat. A detailed and expansive tech-tree will also feature, helping to develop that sense of continuous progression. It’s also a key element that plays directly into the RTS element of Kingdoms of Antaria.

Renown points are what you need to move through the tech tree, and while having a successful economy (with the help of supply chains) is one way to unlock tech, the adventure mode is just as crucial. That’s the name of The Settlers’ rather bold new direction. At any point while playing the city-building part of the game, players can send off their champions to adventures in an effort to win Renown points and other goodies. Of course, more than just the ‘assassin guild’ element of Assassin’s Creed or the Outer Ops of MGS: Peace Walker, the player must actively guide their champions through self-contained RTS and RPG-inspired levels. 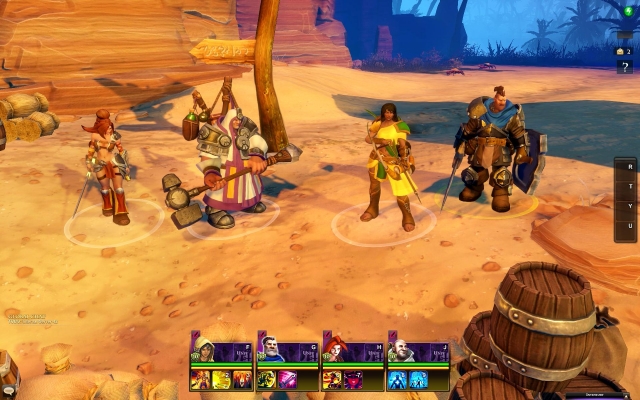 When setting out on an adventure, you can choose from seven different champions (so long as you’ve got their required buildings) who each have differing weapons and abilities. With a team created and a level launched, you’re presented with a gameplay experience that one might describe as a combination between the few-unit system of Dawn of War 2 and the team-based mechanics of Dragon Age - all within a cartoony World of Warcraft-esque package.

In our Gamescom demo we saw the devs take on one big boss along with her lesser minions. The combat system looked rather slow and clunky, although Blue Byte assured us that this was an intentional design choice in an effort to accommodate all types of players. Still, it could prove to be an issue for those more accustomed to the manic but methodical stylings of something like the aforementioned Dragon Age. Perhaps more interesting than the basic combat mechanics is the ability to play the adventure mode online with friends. This could be the key selling point for Kingdoms of Anteria, as city-building fans can finally enjoy a game within the genre together.

The closed beta for The Settlers: Kingdoms of Anteria goes live on the 16th of September and you can sign up at the game’s official site. That beta will be a crucial period for both Blue Byte and the Settlers fans, many of whom initially questioned this new design choice. For Blue Byte, it will be an opportunity to test out a rather unusual and original title, the likes of which we’ve never really seen. For fans, it’ll be a chance to see if that combination of city-builder and RTS/RPG is either an inspired idea, or a desperate attempt at reinvigoration. Either way, this’ll be one to watch as time goes on. 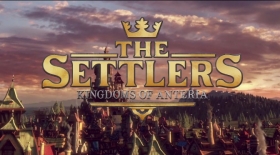 The Settlers: Kingdoms of Anteria