Having seen very little about Shadow of Mordor before Gamescom, I was completely unaware of what to expect. First, I was treated to a presentation with focus on the core mechanics and innovations to its third-person, open-world adventure. And when I say innovation I actually mean it. There are few games that can actually boast new ideas that change the way you play; Shadow of Mordor does.

The Nemesis system is a brand new way of letting a game world organically create its own story. In its simplest form, it creates enemies for you from the individual orcs that roam the world. All the information this creates is easily accessible from the pause menu under the Sauron’s Army subheading. This works as a hub for understanding who your next target is, and the best way to attack them or bring them out to fight. 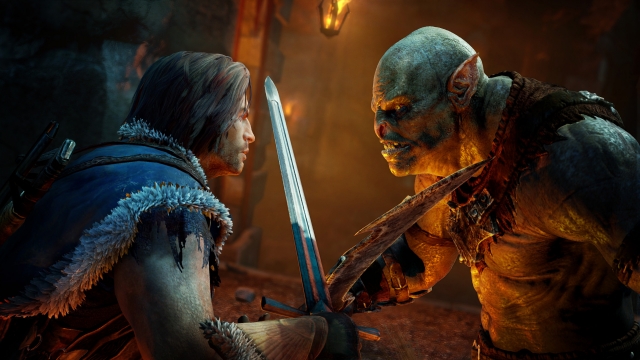 The latter is something that can happen from time to time. Bigger bosses will not face you unless they see you as a threat. This actually forces the player to engage with the wider word in order to bring them out. This is yet another touch that hasn’t really been done before and lends itself to an organically evolving world.

While being the most refreshing part of SoM, there are several other areas where the game stands out. The combat is a big surprise. It sat in a really nice area between Assassin’s Creed and the Rocksteady Batman: Arkham games. Once it’s clicked that the combat is actually very based around combos and (some very gruesome) finishers, the flow, that the game borrows from the already mentioned titles, seems to just link it all together. 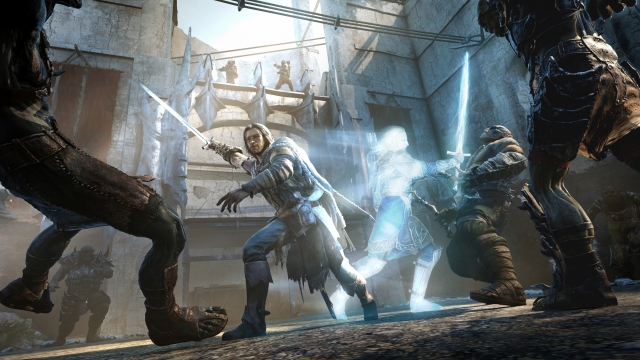 The story is another aspect that manages to impress. Instead of a being set in an area of the story already tread in other media, the game is set fifty years after the end of The Hobbit. Middle-Earth is a place of change and Sauron is returning to Mordor. As much as there is canon for this time period in the LotR, the story of the game slips right in in the middle with no hassle.

You play Talion, a displaced Ranger of Gondor, whose family is slain at the beginning of the game in an attack on the Black Gate, which he guarded. He is also left to die, but is resurrected and merged with a wraith called Celebrimbor. This gives the game its premise and Talion sets out to get revenge for his family’s murder. 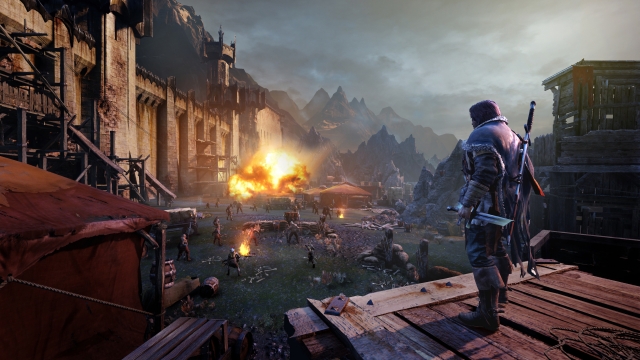 Now, being part wraith, Talion can pull off incredible feats of magic and physical attacks unavailable to a mere mortal. The first of these that I really enjoyed was the Shadow Strike ability which allows you to shoot an arrow and use it as a teleport to any enemy, who you then in turn immediately eliminate in a small animation.

Talion can also enter the wraith world at any point to explore and find secrets, or use its special vision to track enemies. We’re promised loot while exploring in this mode as well as interesting hidden secrets. This can help with stealth as well, allowing vision through walls and other such things. 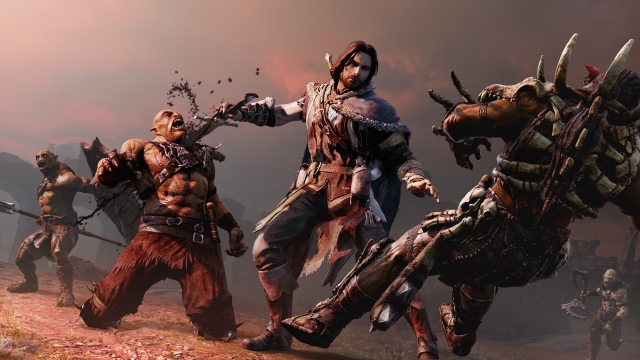 Stealth is, actually, a pretty fleshed out option in SoM. With movement reminiscent of the Assassin’s Creed series, and plenty of tall places to stalk your prey, the gameplay comes together to pull off something I’ve never really witnessed in a game before. The level of accessibility the movement system brings to the table is noticeable by its similarity to that of the aforementioned AC games, but with the extra abilities, such as the shadow strike, added on top of the already established formula, the movement feels more organic and emergent than anything on the market right now.

The game world itself allows for great movement and exploration, which furthers the triumphs made in gameplay up to this point. Although set in Mordor, the game manages to show you less of the hellish landscape shown in the films, and shows you more of the open fields that are used to feed Sauron’s huge endless armies. This all adds up to areas that are far more interesting to traverse than I would imagine the lava filled areas we’ve seen so far are. 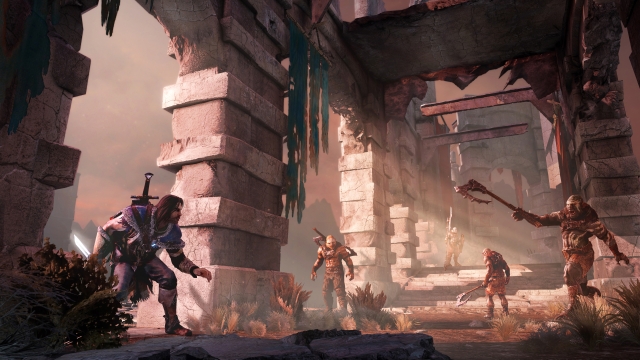 My only actual disappointment is that the game isn’t using the nemesis system to replicate the entire of Middle Earth. I can only imagine what the nemesis system can actually do when moved beyond orcs. Emergent game worlds just got a lot closer to being a phrase that is not just jargon, but an actual thing.

So far, from what I’ve seen, this game is going to be a sleeper hit. It’s releasing in a very difficult month for games and Warner Bros. obviously believe it will do well by setting it up against some of the biggest games of the year. I am here to tell you, and them, their faith is most certainly placed correctly. It was easily the most impressive game I played at Gamescom 2014. 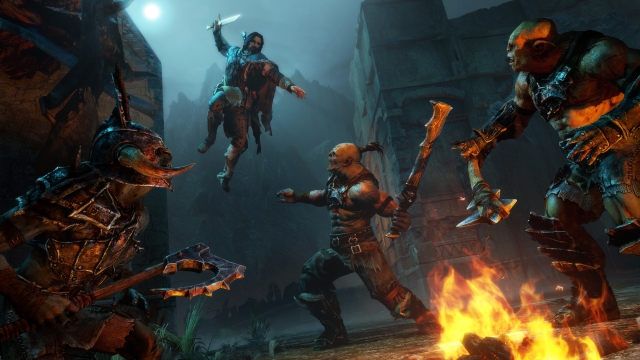 I could sit here all day and talk to you about how much I love what I’ve played of this game so far, but my gushing will only go so far. My final word on Shadow Of Mordor is: buy it.

Players Have Killed Over 5 Billion Uruks in Shadow of Mordor 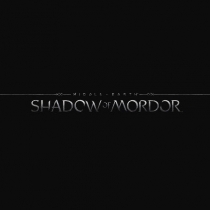