In a steampunk reimagining of a Victorian England seaside town, Adelaide Spektor, the daughter of a famous Sherlock-esque detective, begins an investigation of her own into a series of deaths that she believes are linked to the disappearance of her father. Meanwhile, Emily, the right-hand woman of a notorious gang lord and a dangerous murderer in her own right, also picks up the trail laid down by Adelaide’s father. The two women, who are in many ways opposites, are forced together by the mystery and adventure of the investigation. They become tangled in a plot that leads them to the Devil’s Men - a mysterious collection of scientists whose experiments dabble in the world of the spirit and occult. 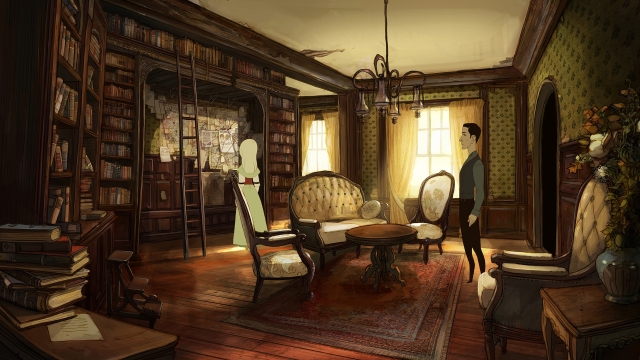 It’s the first time Daedalic has properly dabbled with branching storylines, and for a studio typically associated with excellent storytelling that’s an exciting prospect. The game won’t do the whole ‘multiple endings’ thing, but there’ll be multiple routes towards that end point. The small section of gameplay we saw highlighted that the diverging paths aren’t just narrative tools, they also apply to the gameplay. The level took place in the abandoned Great Exhibition building, akin to the historical exhibition that was built in London in 1851. It’s a fantastic setting made all the more beautiful by Daedalic’s trademark hand-drawn style, although this time there’s a difference. While most point-and-click adventure games feature 3D characters in 2D worlds, The Devil’s Men flips the table on this time-honored tradition.

So instead the game will include a host of 3D environments that can be explored with an odd but attractive roaming camera that swoops around the level as your 2D character moves. It’s a unique direction for the game that should aid both the overall visual charm and the gameplay on the whole. Afterall, 3D spaces leave a lot more room for exploration. The gamescom demo centred around Emily and her fellow, as yet unnamed, gang member as they attempt to escape from the exhibition without the police spotting them. 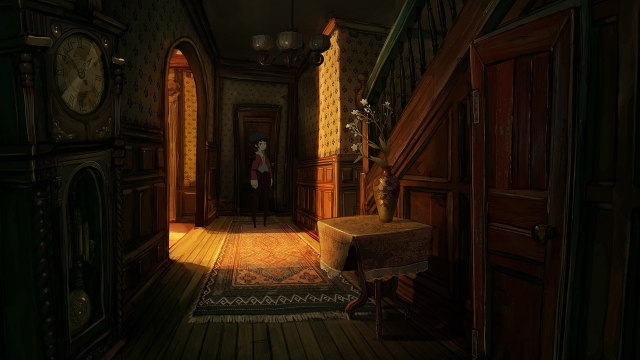 Despite her superior rank, the man constantly questions her authority and basically acts like a complete arse. Interaction with this accomplice is one of the various diverging story elements of The Devil’s Men, and Mentz noted that “every decision you make will influence their relationship with each other.” So when he starts to get snarky about the decision Mentz makes while playing, he can either shrug it off, remind him that Emily is a killer, or one of various other choices - “it’s a bit like a role-playing game” Mentz claimed. There’s no doubt that the ability to influence the story and character relationships is an excellent step for Daedalic, and something that carries over into the gameplay.

Of course, the core mechanics are unashamedly classic Daedalic, with visual puzzles accompanying the familiar point-and-click movement system. The ability to choose paths and solve puzzles in different ways is a neat touch, however. For instance, once Emily and her partner make it into the clock tower of the building they were struck with a dilemma: the rotating clockwork was blocking their escape and needed to be stopped. At this point Mentz revealed that Emily has a lock pick that she can use to deactivate on the gears - essentially providing a quick and easy resolution to the puzzle. He didn’t use it though, as doing so could have an impact later in the game. 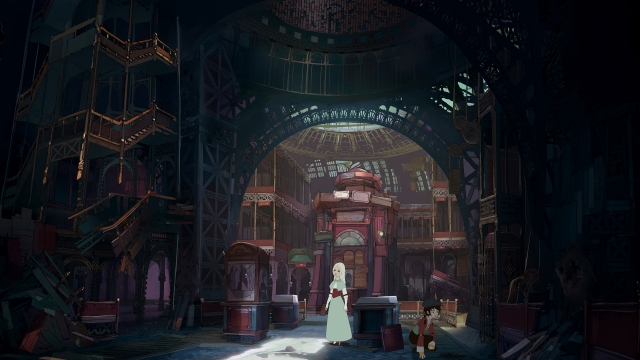 It’s the big implications of little things like this that makes The Devil’s Men such as interesting prospect. Mentz also demonstrated how his decision not to use the pick had an effect on the relationship between Emily and her accomplice - I won’t go into detail for the sake of spoilers, but rest assured that it doesn’t lead to something as basic as a slightly different piece of dialogue. Core changes to the story are always great for replayability, and based on Mentz’s previous work, you’ve got to know that the differing story paths are going to be worth exploring. Adelaide and Emily’s story is looking like a fine tale even at this early stage, it’s a shame then, that we’ll have to wait until mid-2015 to get out hands on it.

Appear in Daedalic's The Devil's Men