At the end of the last gameplay trailer for The Division we were shown a mysterious building that just said ‘Base of Operations’ on it and were left to come up with ideas as to what it could possibly be. This is a Ubisoft game, so, many guessed that it would be much the same as the sync points in Assassins Creed or towers in Far Cry. Turns out, they were all pretty much spot on, but not completely.

While these ‘Base of Operations’ do work much like their counterparts in other games, they actually must be unlocked by restoring enough power to an area to allow it to happen. These areas are usually guarded by gangs who will fight to the death to defend the power switch. Once conquered they will give you access to other areas of the map, much like towers and sync points before them. While this may be an old mechanic, at least it appears to be a bit more of a challenge in The Division. When our demo started we were shown two different perspectives: one was the main third-person game view and the other was a first-person tablet view from the perspective of a drone. As they moved forward, both players moved at the same time and there was a lot of emphasis put on the fact that this was all real-time from the tablet and console. This actually turned out to be more involved than I first thought.

The Division is an RPG at heart and this came through massively when the drone player threw down a buff for the console player. I honestly wasn’t expecting this and it really shocked me just how much this game is built to be an RPG. We were then shown the menus that allowed you to change all of your abilities on the fly, abilities that can be upgraded and learned dependant on your level and xp. 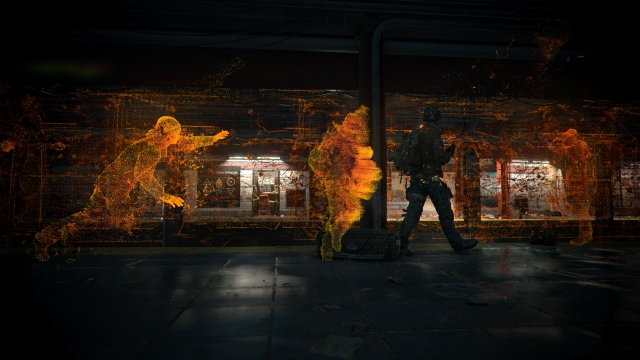 The Division is very clearly an RPG through and through. With this the fact that enemies throw out numbers when shot, and more powerful enemies become bullet sponges, starts to make more sense. There is even gear in the game that will allow you to traverse specific areas of New York due to the high contamination. This is a mechanic that we were given little information about, but it's an interesting one. Will it be necessary to micromanage your personal contamination levels? Will these areas be able to be cleared of the contaminate? Many, many questions.

The last thing we were told about are the enemies you can expect to fight. There are several different factions within New York, that have risen since the game’s mysterious contagion killed off many of its inhabitants. We’re told that each faction will fight differently, be very unique looking and hold different territory. The enemies shown off here were called ‘The Cleaners’ and they traverse the most contaminated areas of the city, burning bodies and eliminating anyone they deem to be contaminated. 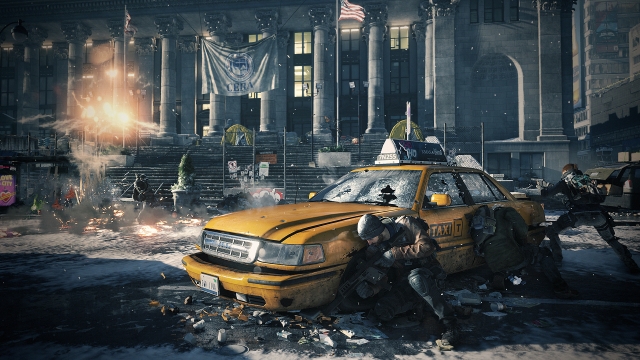 Xbox One was the version on display and the game looked amazing running on the hardware. The Snowdrop Engine really does seem to be an interesting proprietary technology to watch out for and I wouldn’t be surprised to see it used in future Ubisoft games.

I enjoyed my walkthrough of The Division and left with more questions than I came in with. If you’re even slightly interested in the game (or were at any point) everything I saw only makes us more confident that Massive has managed to create something with depth, an interesting mixture of genres and all in a fantastic new engine.

Prev
Gamescom 2014
Next
Were you expecting such an RPG heavy experience with The Division? Let us know.