The Evil Within Gamescom Preview

The Evil Within is confusing. Constant remarks are made about its similarity to Resident Evil and in the demo I played, it’s not doing much to change that perception. The level I played was chapter eight, known as ‘The Cruelest Intentions’, and it took place in a mansion - a very familiar place for anyone who has any history with the RE series. As someone who isn’t a huge fan of the games that came out after RE3, I hadn’t paid too much attention to The Evil Within when I found out it was more like RE4. So I was going in blind.

The main character at this point is still trying to figure out who this weird ghost character called Ruvik is, and how he fits into the story. This then leads us to a mansion where a scientist is conducting experiments on helpless victims. As you chase him into the mansion he takes a girl with him into a long hallway with a large, elaborate lock on the door. To unlock this and gain entry to give chase we must figure out some basic, but pretty gruesome, puzzles around the already accessible areas.

Traversing the environment will be immediately familiar to anyone who’s played any of the newer Resident Evil games. Third-person controls with an unnecessary amount of clunk. This is something I cannot get my head around, why Japanese developers don’t seem to be able to make a decent control scheme anymore. Barring Platinum games, and only recently Hideo Kojima, every other major Japanese developer seems to think we’re still in the PlayStation/N64 era. Give us greater movement to explore, don’t make us slow down to silly levels when we aim. Give us some credit! Make your game accessible.

So controls are weak, but that is what I was expecting. The fighting mechanics are equally as clunky and as I conducted my search for the puzzles I would genuinely look for any way to avoid combat, but it was always thrown at me with little choice. So many times I wished the minor stealth elements, such as crouching so as to avoid motion tracking traps and throwing bottles to distract enemies, would be utilised more when it comes to enemy vision and combat. Maybe in a more wide open environment things would be different, but what I played gave me little hope.

Otherwise the enemies can be dispatched in a number of ways. You are given access to numerous melee weapons and several guns with which to slay the undead. I enjoyed the fact that ammo was quite scarce and some enemies took a lot to take down, meaning aiming for the head becomes an essential tactic. Being undead though, they are never truly dead unless you burn them. This mechanic really interested me as it’s pretty unique. Matches could be found all over the place, but you only ever got one or two at a time. The idea is that you can either use them to burn bodies or light objects to be able to see. This is a great trade off and leads to my next point.

The one thing that The Evil Within does have is atmosphere. Hugely oppressive and constantly frightening, the game made me jump several times and made me genuinely scared a number of occasions. This was also due to being in a completely dark room in a confined booth, but that’s nothing against the game as this is the way the game should be played.

What never failed to make me panic was Ruvik showing up. You cannot kill him and he is an insta-kill on you if he gets hold of you. This is simultaneously a bullshit move and a fantastic one. Not only are you constantly in fear of running out of ammo or matches, but if Ruvik shows up, you have no choice but to run. And it creates a sense of danger when entering any encounter or new room that you don’t know the layout of.

The story part of what I played was forgettable, but I think that may be just because I was dropped into the middle of the game. It was well presented by ghostly apparitions of past inhabitants of the mansion, but it meant nothing to me. This leads me to conclude that the story may very well be a good one and one that will be communicated well, but at this moment it’s difficult to tell.

Overall I enjoyed my time with The Evil Within. It’s just a shame that it doesn’t manage to break away from the clunky controls and basic puzzles to do something a little more new. But this isn’t the whole game yet and there was some very promising parts that I would love to explore more of.

The Evil Within: The Assignment Now Available

The Evil Within First DLC Announced 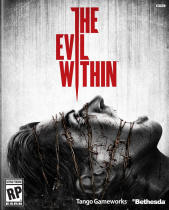