Etherlords is an interesting game. Due to the short time of the presentation, I feel that Nival weren't able to show all of the game's potential. But I am going to go on what I know, and so far it looks great, even with just the short time I had with it.

The basis behind Etherlords is that the entire world has been destroyed. Now it’s up to the 'Etherlords', a race of god-like beings, to rebuild it all. You start with a single piece of land and you build your way on from there.

The guy presenting mentioned that the game contains quests, and the first one is as simple as turning your tiny block into a small island, whether other quests will be 'make a city/country/etc.' or something more creative is guesswork at the moment. Whilst building a whole island doesn't exactly sound like something that can be done by clicking your fingers and doing a dance, for an Etherlord it's quite easy. You have a certain amount of materials and you can place blocks in select positions that are highlighted on the map. 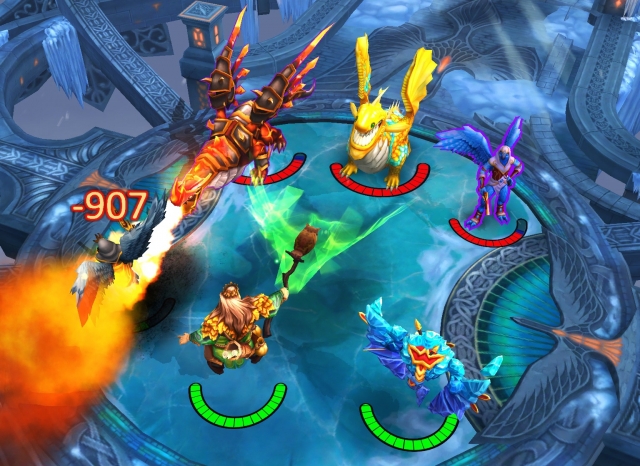 Once you run out of materials, you have to use micro-transactions to buy more and - I'm kidding of course. You get materials by engaging into fights. These fights play out in a Final Fantasy-esque matter in which you have three heroes and a random amount of enemies. Enemies can be human bandits to indigenous wildlife. But there is a slight twist to how the combat works here.

In Final Fantasy (and similar Turn-Based RPG's), you take a single attack per character, then your opponents do the same. In Etherlords, you are always trading light blows to each other, and you instead take it in turns to decide on one special move that is attributed to the three heroes you have. In the presentation, I could chose my brute class and have him deal massive damage to a random enemy, killing them in most cases, even when they were full health. The second was an assassin with dual knives who could distribute a low-damage AoE attack to all opponents, proving to be a good move both early in the fight for quick damage and later in the fight to finish off all wounded opponents. The third was my mage, and she had a healing spell. Choosing the right special move was vital to succeed in fights in Etherlords and it is a mechanic that is pulled off very well.

As my plot of dirt slowly began to look like an island, I was prompted to go back into a fight. As I commenced it, I was presented by a boss. I was just expecting a high-health opponent but what I got instead was actually very good. It was a bear, and he had two goblin-like minions and (fans of Dungeon Siege 1 would love this) all of them heal each other every so often, meaning I had to pick my special moves carefully. Do I do a heavy attack and hope it lowers the minion enough to finish it off? Do I do an AoE attack to do damage equally in hopes of taking them all down at once? or do I heal because I'm getting hammered by a bear!? (My most common choice during this fight) Once again, my moves were important and one wrong move would result in all of my heroes dying, which very nearly happened to me (my mage had died and my both remaining heroes had a sliver of health left). 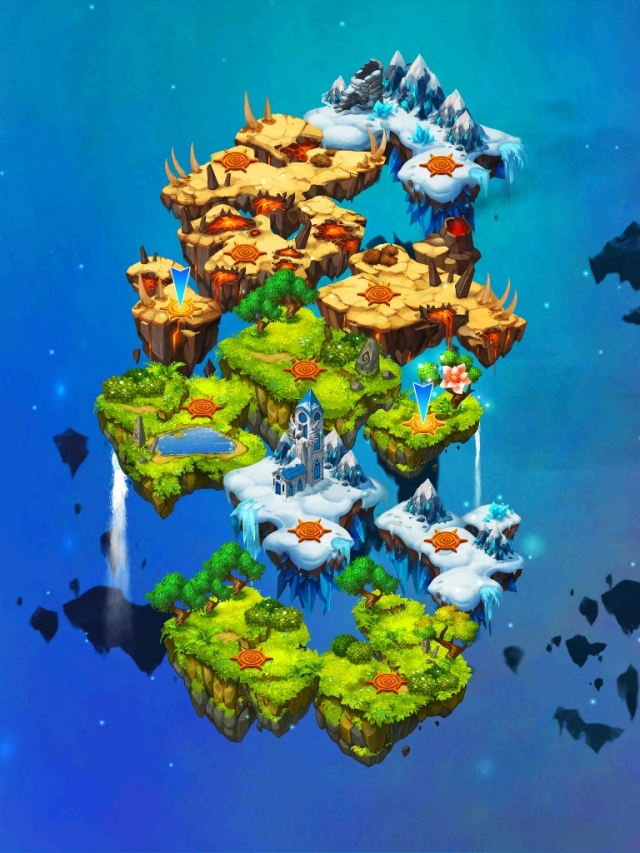 *You can also compare against your friends islands to see how well (or not well) they are doing at repairing the world, putting a light competitiveness onto the game.* Etherlords is primarily intended for one-handed use, i.e. on an iPhone/iPod, but it is accessible for iPad users as well.

By the end of my time with the game, I was ready to carry on playing Etherlords, but alas, I was unable to. Before leaving, I was shown the rest of the island (once complete) and it's very... big, to say the least. Etherlords will be free and will be available on the iOS store on September 4th.