I’ll be honest with you, I’m struggling to understand what the word albedo actually means. It’s some sort of scientific definition of something to do with radiation and solar energy... I don’t study science, I think that much is pretty clear. I like videogames though, even when I don’t understand the title. I’ve yet to play the confusingly named Albedo: Eyes From Outer Space, so I can’t say if it’s included in that bracket, but based on a demonstration at gamescom I’m definitely interested. If you’re a fan of puzzle exploration games, or cheesy 60s alien stories for that matter, then developer Z4GO has got a rather nice surprise in store for you.

The concept is pleasantly bizarre: playing as one John T. Longy you’re the nightwatchman of an abandoned research facility that secretly functions as a laboratory for the Olympus Group - a bunch of scientists and businessmen focused on the research of space and time. As you might expect, the game doesn’t ask players to plod through the empty corridors stopping every so often for a cup of tea and a Jammie Dodger. Things, naturally, go haywire. Creatures start popping up around the facility, causing mayhem and destruction. Going beyond your paygrade, it’s down to you to figure out what’s going on and probably put a stop to it. 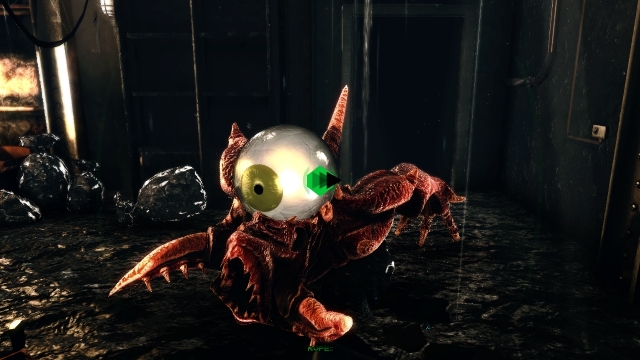 The art direction perfectly fits this purposefully cheesy plot line. Grungy green environments and tentacled aliens give the game a retro-sci-fi vibe that’s yet to really be exploited in gaming. Put simply, the game looked great in action. The areas in which puzzles take place have been meticulously created to fit this overall style - it only takes a few screenshots to demonstrate Albedo’s unique selling point, something that should definitely help them sell their Early Access programme. I’m told that there are a few gamers who like old school sci-fi. OK there are a lot.

Those puzzles will be the core aspect of Albedo, and will likely fill most player’s time with the game. The style will be familiar for those who’ve played any puzzle-exploration games: simply find objects within contained environments and use them in the appropriate manner and sequence to pass the stage. I was shown one puzzle that looked very difficult; the developer breezed through it, naturally, but a lot of the steps he made would’ve been pretty tricky to solve without...you know, being the game designer. Puzzle difficulty can be a make or break point for any game, so it’ll be interesting to see how this pans out during Early Access. 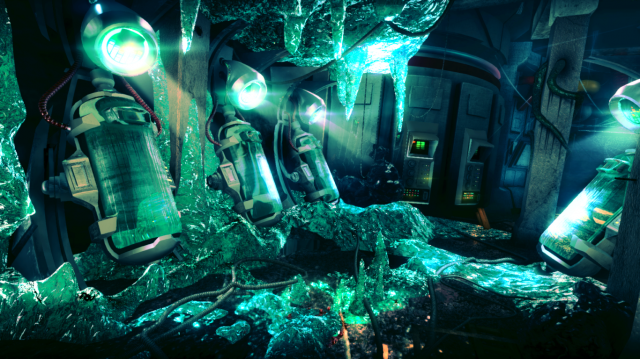 That same puzzle was pretty inventive, however, and based entirely on logical solutions. The puzzle was pretty meticulous too, in order to remove a grate from the wall you have to unscrew each of the four screws - sounds obvious, but I’m sure you can recall a fair few games where you’d just be whacking the grate with the screwdriver instead. The devs also showed off a scalable difficulty system which essentially uses less and less on-screen prompts the harder you want the game to be. It tucks in nicely alongside an inventive hint system that basically lets you see the future - and with it parts of the puzzle solution.

Albedo will also feature first-person shooter elements in which you take down the giant-eyed aliens with a relatively predictable array of weaponry. In all honesty, this concept felt a bit forced - I was well on board with the game before they started talking about shooting stuff, so I’m not entirely sure why Merge Games felt it was necessary. Shooters sell, I suppose, but I’m concerned that awkward, poorly designed shooting galleries could ruin the overall tone of the game and the quality of what look to be very good puzzles. I didn’t get to try the shooting for myself, so I’ll reserve total judgement for now, but it was something that worried me from the off. 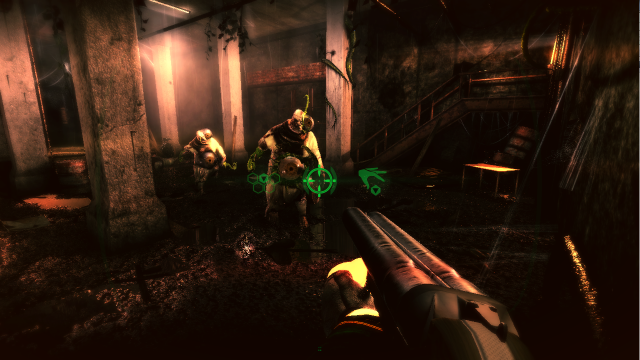 Right now, there’s not a lot out there that’s quite like Albedo: Eyes From Outer Space. The quirky setting and storyline is sure to attract a few Steam scrollers, and the detailed, realistic puzzles could make it a game worth playing for the extent of its 8-10 hour play time (that’s the dev’s estimate, at least). I’m not totally sure if it’s the right kind of game to buy while on Early Access - mainly because I’d rather play the whole thing when it's complete than play it bit by bit, but it’s forming into a very nice, original title.