It’s good to see a bit of blank honesty in this industry every once in a while. So I was pretty impressed when Pro Evolution Soccer 2015 brand manager Adam Bhatti admitted that the Konami football game has been lagging behind FIFA for years now. “What happened last year was a big mistake for the series,” he told me, “we learned a lot from it. Fans weren’t happy and we produced a game that was beautiful to look at but not beautiful to play. Frustration levels were high, and it certainly wasn’t why people play PES. We want to bring it back to being the best.” Considering FIFA’s domination of the market, that’ll be no mean feat, but being open about making big changes is a good place to start.

Bhatti has dreams of this year’s overhauled PES title matching up to the high standard once set by earlier entries in the series. “I want fans to stop saying PES 5 and 6 are the best football games ever. It’s great that they love them, but it’s been a while - we really want to put that into the history. We want to say, right now, this game is the best PES game ever.” That doesn’t appear to be aimless rhetoric either, the PES Productions team have clearly put a lot of work into making 2015 a truly great football game. When discussing licences, Bhatti noted “if we make the best gameplay, then licensing doesn't matter. The user will want to play the best game.” 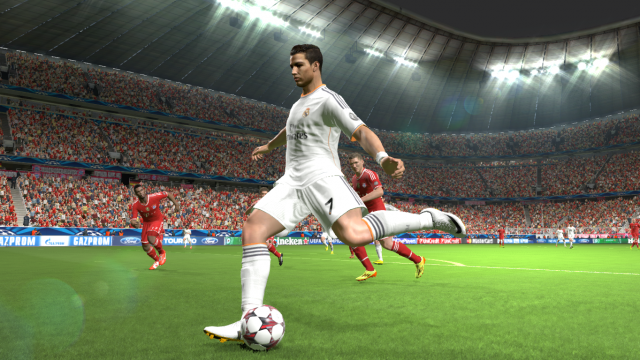 So what does that mean? Well, according to associate director Klaus Ganer it’s a much better understanding of the numbers and statistics behind the game. That doesn’t mean you’ll be solving equations as you play, but rather the game uses incredibly detailed coding to provide a realistic and fun experience. “The content is created by local football experts around the world and put into our game” Ganer told me, “so there’s a lot of attention to detail. So things like motion data is being collected by these football guys and put in to make it as authentic as possible.” This translates into a game that die-hard football fans should want to play, but for Bhatti, that’s the not the only audience they’re aiming for with improved data use.

“We’ve made the mistake in the past of trying to be regarded as the connoisseur’s game, we still are the connoisseur’s game and I think we’ve proved that with our understanding of the sport, but at the same time it doesn’t mean that we exclude people.” So while the numbers are crunching behind the scenes, there’s plenty going on in front of your eyes. Individual players are even more detailed and realistic than before, that motion data means certain players will move in their own unique way and will sport their trademark items of clothing or fashion style. Yes, it’s a bit odd to be talking about player’s dress sense when the focus is supposed to be on the gameplay, but it does show an impressive commitment to detail. 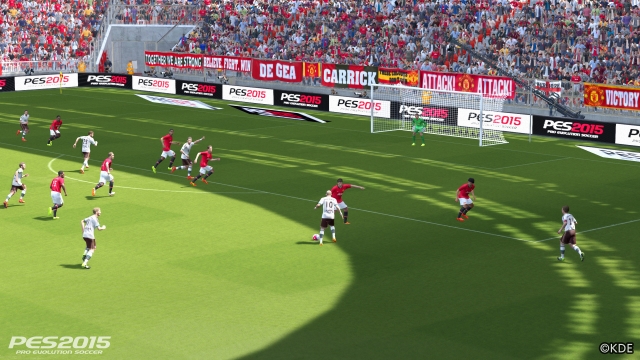 It helps that the PES team have the power of the Fox Engine behind their work once again. They may be focusing on the gameplay this time, but that doesn’t mean the game’s a slouch in the graphical department - far from it. The pitch itself is a thing of beauty this year, featuring a level of detail never seen before in a football game. You can see the difference in pitches with low and high grass, and water can pool in low areas of a pitch. Moving away from cosmetic changes, Ganer also noted that the team are implementing an interesting home and away mechanic. For the first time in a football game team tactics will change based on whether they’re the home or away team, Ganer didn’t provide much detail, but it’s good to see improvements in the AI department.

In terms of big new features, role-control has to be the most exciting. Bhatti was clearly pretty excited by it too: “role-control is a new mode which we’re bringing to all offline modes and we’re hoping to accommodate with all online modes. Role-control is really simple in concept: one guy controls the attack, one guy controls the midfield and one guy controls the defenders. It’s really simple. Usually when you’re playing 2v2 you’re changing players, you’re not in control all the time and it can become a mess where everyone is chasing the ball. This way you are super structured and you can talk to each other. ”Bhatti claimed that role-control mode will be available to try in the demo that’s released on September 17th. It’s certainly a promising idea that could be great for groups of friends (or trios, specifically). New-gen games seem to be embracing the idea of local co-op, so it’s great to see a franchise as big as PES lead the charge on inventive co-op experiences. Football, after all, has to be the most-played local co-op genre. That new mode sits in comfortably alongside the introduction of MyClub, which, let’s be open again, is basically the PES version of Ultimate Team. “MyClub is a team building game. You’ve got a bunch of information and this goes really deep. We did not want to be a card game, and we’re not oblivious to the comparisons we’re going to get, but it’s been very successful and sports fan do want to have an option - so long as it’s not the only thing we’re adding to PES.”

“We don’t want to make this pay to win, we want to make it play to win, and the managers give us that. Let’s just say you own a club, you own Munich, and you want to sign Pep Guardiola. The reason you would do that is because he plays a style of football, he plays 4-3-3 and he plays a possession game. So that’s exactly what happens in the game, if you get Pep, for example and you play 4-3-3, your players need to think consistently - they can’t just change into a 4-5-1 or a long ball game because that's not what he is. Team spirit is going to be low. So you can keep that and build up the team spirit slowly or keep the team spirit high (by keeping the 4-3-3 formation).” 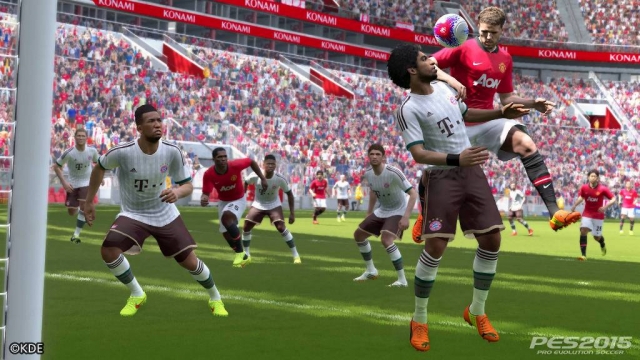 It’s difficult to say if this will be enough to stand MyClub apart from Ultimate Team. But looking at the success of the FIFA version, it’s not difficult to see why PES Productions decided to go that way. Let’s face it though, it’s not important if PES 2015 is really going to take the crown back from FIFA. The licenses are always going to be an issue, so they’re fighting from behind anyway - but back in the day it didn’t really matter. It’s reassuring to hear that the aim is to recreate those halcyon days when pure gameplay outshone FIFA’s hollywood presentation and mountain of licenses. I’m a little worried that we’ve become adjusted to this as the way football games are judged, but if PES 2015 can deliver truly groundbreaking gameplay, then it could just have a chance.

adam bathi is a fuckin ashole ok .the problem with PES is all this Hindu people that not know shit about football ......and they are managers cause they as good Hindus are hustlers....and the game makers are Fuckin japaneses .anybody tell me what tha fuck knows japan about football ???they wiil get the market back when they put theis asses together and finally after 20 years Fucking Work and stop being PES THE GAME THAT RIDICULIZES FOOTBALL AND PLAYERS .........AND THA GAME THAT BRINGS THE MOST CRIMINAL FEELINGS EVER .....cause THIS GAME it is just unacceptable .....!!!!!!!!!!!!!!