This is my ongoing exploration of Tom Clancy’s Rainbow Six series, played in release order, where I will chronicle my playthrough like a text-based Let’s Play. This time I finish Tom Clancy's Rainbow Six 3: Iron Wrath.

We had finally recovered all of the stolen nuclear material and kidnapped scientists, which was a good thing as Christmas was right around the corner…

It was 14th November 2007, and Operation: Arcing Bronze was a tad urgent. We were still in Ukraine, though now headed to a nuclear storage facility in Pavlograd. Terrorists were trying to blow it up, with timed explosives set around the facility. Of course, if they could get away with some nuclear material first they were all for it. Weirdly, they were stealing this material to create their own weapons of mass destruction, but if these bombs went off whilst they were within a dozen miles of the facility they would undoubtedly receive a near-fatal dose of radiation.

The exclusion zone around the Chernobyl disaster is 19 miles (30km), and Control was saying that this radioactive cloud would contaminate an area “several times larger” than that incident. If we deployed and found less than several hours on the timers, then these people were freaking idiots. To my surprise, the plan only called for one squad led by me. We deployed with a route to disarm the bombs. Thankfully, this wasn’t a timed mission, so we leisurely headed inside the building. Literally upon opening the first door I shot two terrorists, and my men shot a third one before I knew he was there. We went through the facility carefully, opening another door and shooting more men before disarming the first bomb. We then went upstairs to a control room overlooking some of the storage bays and shot another couple of men. As I was heading for the waypoint at the far end, where I shot someone on the gantry below, my men shot a terrorist who had come up to join us.

Heading back downstairs, we cleared the storage area and found another bomb. The first one had beeped, but the droning sound of the facility was drowning out the beeping from this one. After disarming it, we carried on into an area with tankers full of radioactive material. There was a handful of terrorists who all fell to our bullets, before I disarmed the bomb. Mission success in 5:20 with 19 terrorists dead. 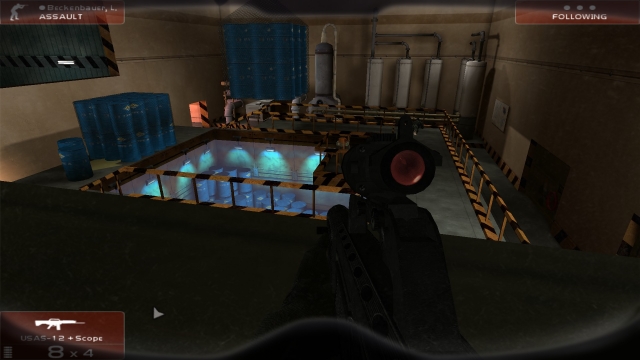 If that seemed to go fast in summary, it also felt fast playing it

Operation: Ursa Cavern began two and a half weeks later, as intel located the remnants of the organisation responsible for all of this. We were headed to Siberia, a disused military installation in Vorkouta. We were to capture the leader, and kill everyone else. I’ve no idea why John Clark wanted the guy captured, I could only assume he wanted to make the guy kill himself like he did last time. We deployed in three squads, all from the same place. I gave the go-codes for the other two squads to go one after the other, so they did. Stopping a couple of meters away to bash into each other and go in circles. I gave my own go-code and trooped on, going down some stairs and back up some. By this time, Gold squad had freed himself and was ahead of me, so I stuck behind him. However, when I saw a terrorist run right, and Gold went left, I ran after the terrorist and gunned him down.

Quickly returning to my waypoints, I was now behind Green squad, which suited me well as it meant less chance of me getting shot. We split up in a tank garage, with them heading right and me leading the way left and out through a side door. There had been plenty of deaths, and there was more to come as we crossed through the facility. We headed back inside a building and continued wiping out people. I’ve no idea what Gold was doing this whole time, as he was in a sniping position. Where was he aiming? No idea. 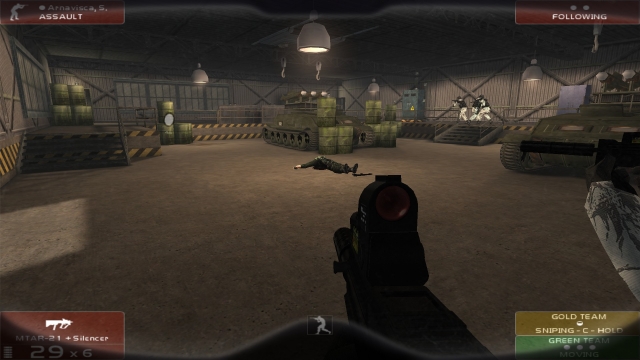 We left the building and I shot a man in a guard post almost directly above the door, who hadn’t spotted us. Then we crossed a short patch of ground to go into yet another building - whereupon I opened the door and shot two men immediately. It turned out that this was the main building, as one of the rooms we entered had a big green display in the centre of it, showing some circles. For a decommissioned base, it was quite full of stuff that was in use. 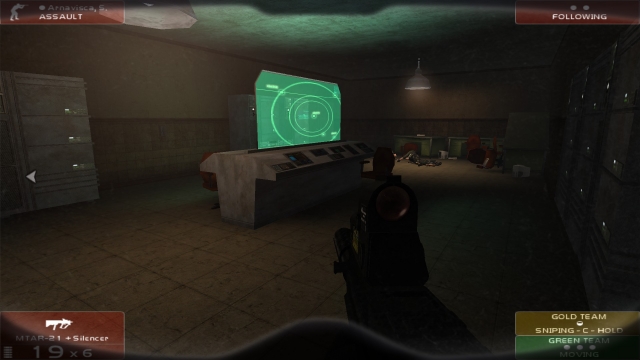 Going through a door, we located the person in charge and shot his two guards. He surrendered, but the mission wasn’t over yet. I couldn’t grab him as a hostage, so we just left him on his knees and followed the waypoints. As we did so, a member of Green squad was gunned down. My waypoints led us past some corpses, and we met up with Green squad. Since the waypoints ended, I figured that I could give Gold squad the go-code and did so. Moments later, the nearby door opened and Green squad shot the final terrorist.

Mission success in 7:20, with 34 terrorists dead. Jamal Murad was killed in action and Dieter Weber was wounded. I was treated to a cutscene of a Russian motorcade arriving with tanks, where the person in charge asked the lone RAINBOW operative where his team was. He called for the team to come front and centre, so they all popped up out of the snow around the place. With that, the operative walked away, telling the Russian that he could clean the place up - and that we would be watching.

Definitely a stronger expansion than Athena Sword was, and overall a better ending to the game as well. I suppose it was more enjoyable as there were fewer screw ups, especially once I got the Ubisoft-made plans. 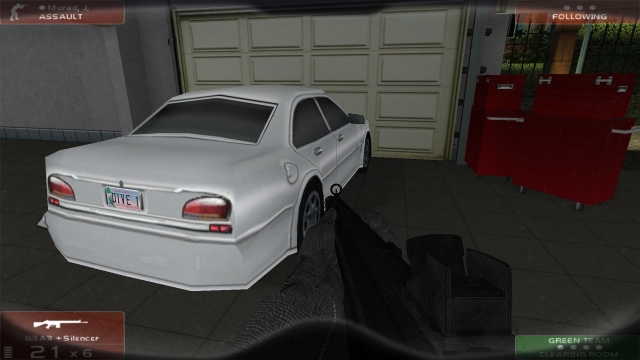 I really enjoyed the simple touches

However, there’s not really much that I want to say about this that I haven’t already covered. The gameplay is better than the previous titles, the graphics are much better (thanks to mods) and I didn’t have any major issues.

I’ll be honest, after the impression left by Lone Wolf I’m not looking forward to the next game in this franchise. Because I’m leaving Rainbow Six 3: Raven Shield and heading into Rainbow Six 3. On the GameCube.