Having planted some bombs and rescued some hostages, I was on my way to Moscow to put a stop to an arms deal…

Taking place in a train yard, I decided to take along a team of four three, and a team of two. Red squad were to disrupt the deal, while I made my way to the front of the building to shoot anyone trying to get into a car. To sweeten the deal, I had Red squad set to grenade the room before going in, just for laughs. We deployed and split up, Red heading straight to the building - and killing the terrorists that I had planned on shooting once I had passed the train. It wasn’t ideal, but I quickly realised that I had to run if I wanted to get to the front ahead of Red squad’s attack. As soon as I passed the gates to the front, I heard the grenade go off and men began getting into cars. I shot the closest, and opened fire on the second vehicle. I was certain that I had failed, as they drove off despite my hail of gunfire, but I pursued them regardless. The car pulled to a stop at the gates, and two men got out - so I shot them and completed the mission. This had been more straightforward than the very first mission! The mission was a complete success in 1:29, with nine dead terrorists, and one foiled W.M.D. sale. Operation: Ebony Horse sounded like another straightforward mission - get into the Azerbaijan stronghold, and take Vezirzade into custody. My plan was for two teams to infiltrate - one in the front, one in the rear. You could say we double squadded it! ...wait...

Blue squad, led by myself, went for the back entrance - what I hadn’t counted on was needing to lockpick the gate into the stronghold. I was lagging behind where I thought I’d be, when I was attacked by two men. Or rather, I surprised them both with gunfire - we may never know. I made my way upstairs, shooting the odd terrorist as I went, including the one who had his back to me while his mate watched.

I headed for where Vezirzade was held up, and I may have shot him - I’ll admit that I didn’t recall what he looked like - and by this point Red squad’s comm had gone quiet. I rounded a hallway and shot one last terrorist, and the mission was a success. 2:48, with 17 terrorists dead. 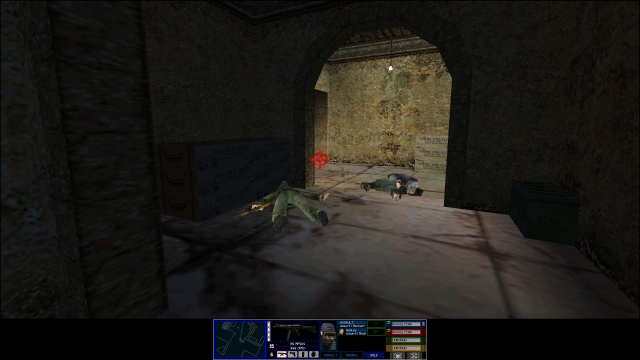 These were the two who met me downstairs

The final mission was upon me, with Operation: Zero Gambit. Kutkin and some of his men had taken over a Ukrainian power plant, and were going to trigger a reactor meltdown. I was to prevent that, and kill the hell out of everyone. One problem - there were two control rooms that I had to hit.

After going through a rather lengthy plan, I realised that I had inadvertently misread the map, and thus sent myself literally up and down two separate staircases. So, once I had that straightened out, the only way that I could carry out my plan - sniping Kutkin from across the facility - was by going into the first room. If John Clark’s intel was right, that meant that I would have a very short period to take the other control room, where Kutkin was. I wasn't convinced Red squad had this to be fair...

We deployed, and went for the first control room - Red squad smashing through a window while I was opening the door. As I went inside, I shot three terrorists, then one surrendered. I followed my markers, heading through the relatively quiet facility - my men shot a few people who were in my way, but it wasn’t until I was in the other half of the facility that I met most of the resistance. However, I got into position and aimed at the other control room, but couldn’t see anyone. I changed position, and still nothing.

Making my way up to the control room, I found Kutkin cowering in the corner, and shot him in the back. With both rooms cleared, all that was left was clearing up the rest of Kutkin’s men - which took quite a while. I had to search the entire facility twice before I located a door that I hadn’t been through, and the final two terrorists. Mission complete in 12:02, with 15 dead terrorists - and a basically useless Red squad. 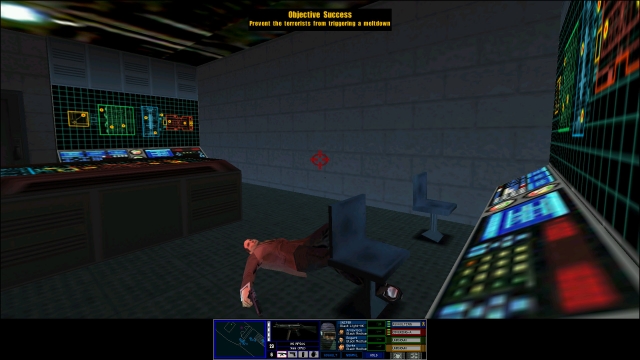 With Kutkin confirmed dead, RAINBOW’s mission was complete - for now. It had taken almost a full year since Operation: Pandora Trigger, and we had saved a lot of people, but no doubt terror wouldn’t take a rest, and neither would we… I really enjoyed this game - once I got the hang of planning missions instead of relying on the AI ones. Of course, if those went off without a hitch there would be no reason to play them - just stick it in Watch Mode and eat a sandwich!

The character models and locations looked much better, which is quite something for a game that only came out a year later. The graphical updates along with the various UI updates make this a much better game - and that’s coming from someone who enjoyed the original! The one downside is just how difficult the first country house mission was, and how many sneaking missions there are.

Next up, I’ll be tackling the expansion - Urban Operations. So make sure to check that out!