Having finished the bio-terrorists in Idaho, and rescued some people in Brussels, I was headed to Southampton to save one of R.A.I.N.B.O.W.’s own…

Dr. Winston had been kidnapped, and John Clark suspected that someone within the organisation had helped - as well as let the Idaho lot know we were coming. However, before we could route out the mole I would have to retrieve Winston from the boat she was being held on. There were also bombs planted, but I was under orders to ignore those and just secure Winston.

Crafting a plan that saw two full squads do a loop of the ship, straight down to the hostage and back, I decided to let Red squad take the lead. They could clear out enemies, allowing me to go down into the engine room to grab the doctor. As usual, I controlled Reserve1 and headed Blue squad. 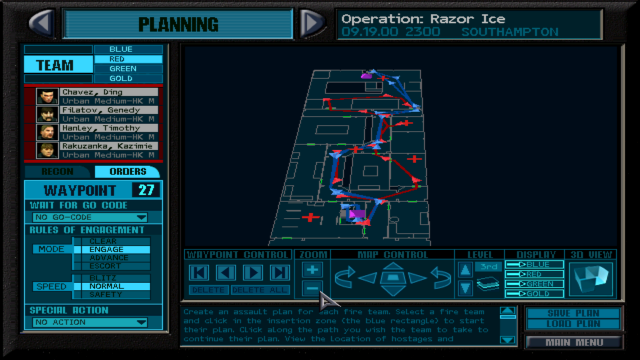 So long as I avoided the bow, I'd be okay

We deployed, and I located a route that didn't involve the stairs I had waypointed - so I took it. By the time I reached the stairs, they were running into a wall. The leader of Red squad was downstairs, so I ignored their incompetence and continued along the waypoints, taking out every terrorist I met - until one killed me. Blue squad took him out and continued, though two more specialists were cut down along the way. I took control of the survivor, and began escorting Winston.

We left the engine room, and I shot another terrorist, but was killed by a second one who surprised me. I quickly took control of Red squad, and shot that guy before grabbing Winston again. Luckily, they had been stuck nearby, so we were quickly on our way. Killing another two men, we reached the extraction point - just as a terrorist rounded a corner and shot Winston. 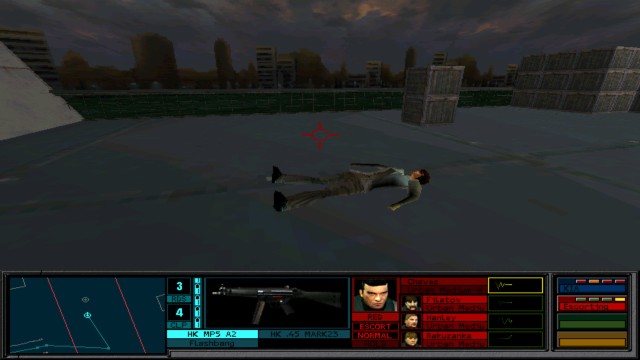 3:26 and 11 terrorists killed, though four specialists and one hostage were also dead. However, the action was sound, that was a fact as I had managed to extract the hostage. It was a squad error, as Red squad had gotten stuck on a wall. So, I restarted the action.

Once again taking the low road, Red squad cleared the way ahead of me. By the time I was below deck, they were looping back around to the extraction point, where they would kill more terrorists. My squad, on the other hand, went down to the engine room and rescued the doctor (who was in a different spot), and took her back upstairs. We were unmolested, thanks to Red squad, and reached extraction. 2:59, nine terrorists dead.

Winston was debriefed, and I was briefed on the next mission - Operation: Yellow Knife. The mole had been found to be US presidential advisor Anne Lang, but rather than take her out, we were being sent to her house to bug her phone. Unfortunately, this meant that I had to be invisible - if I was spotted, I wasn't allowed to kill the guards. Killing them or being spotted would result in failure. 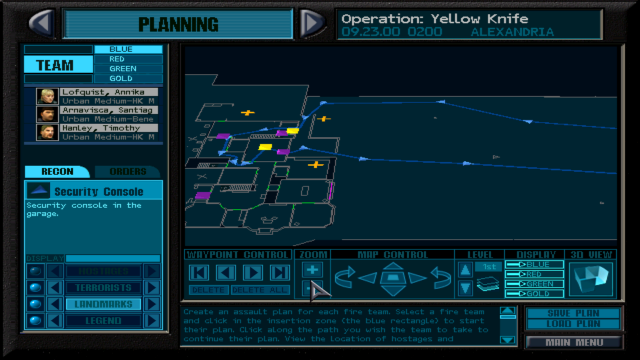 My plan was for three specialists to go in, do a loop past the security system to deactivate it, loop around the hallways, bug the phone, then head back. There were a limited amount of guards, so I made sure that I had a heartbeat sensor as I took control of electronics specialist Annika Lofquist.

Starting at the back of the property, I slowly moved past the stream and crept over the hill, spotting a guard near to the house ahead. Once he rounded the corner, we quickly made our way across the garden and into the garage. There was only a car inside, so we went straight for the door on the other side of the garage. Unfortunately, I neglected to deactivate the security system, and we failed the mission in 1:46. 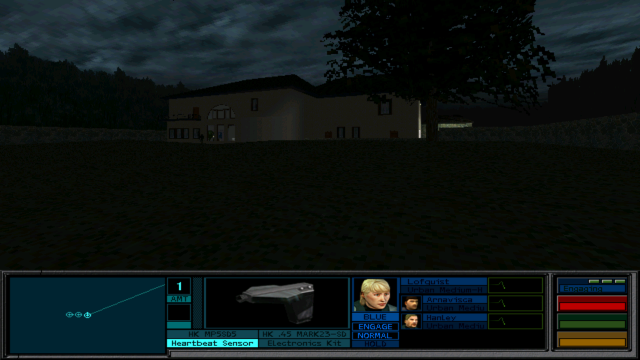 With that in mind, I headed back into the action. A weird issue occurred when Windows 10 asked if I meant to be holding Shift (because I was sneaking), and did I want to turn on Sticky Keys? When I got rid of the message, I was stuck moving forwards. Of course, this resulted in Santiago Arnavisca killing the first guard patrolling the rear. Mission failure in 47 seconds.

Heading back in once again, I successfully made it over the stream and into the house. Turning off the security system, I kept an eye on my heartbeat sensor and moved through the house along my waypoints. I bugged the phone and opened the door to hurry out - but the mission ended with a failure at 2:37 for some reason…

Realising that I probably didn’t need multiple people on the team to do one job and zero murder, I went back to the plan. I removed the other two, and changed my armour to light so that it would create less noise, then redeployed with Lofquist.

Slowly, I made my way into the house, deactivated the security and went around the corridor to the phone. Once that was hacked, I went out of the door and straight in front of the guard as he popped up on my heartbeat sensor. He shot me as soon as he saw me, failing in 2:18 with an incapacitation.

Deciding to simplify my tactics, I went back in to repeat my feat, but trying like mad to make the heartbeat sensor work. I deactivated security, and rather than going inside the house, I went back outside and into the next door to plant the bug. I carefully went back out, then hugged the wall past the garage, and along the north-facing wall of the property to the extraction point. The mission was a success, in 1:57. We moved on to Operation: Deep Magic, which required me to download some files from the Horizon Corporation, and absolutely nobody to die…