After eventually bugging Samed Vezirzade’s country house, and rescuing some bankers at the Eurovision TV station, I was on my way to St. Petersburg to stop a weapons sale…

The bugs I had planted in Vezirzade’s house had revealed that he was in bed with some criminal elements, and what luck the latest exchange with the Russian military was happening tonight! What’s more, there were no hostages, so I was to wipe everyone out. This would require lots of guns.

Choosing six assault operatives and two snipers, I planned my routes for three squads. Red would go and guard the boat that was docked to take one set of people away, while Gold would set up their sniper scopes aimed at the getaway car out front. Blue was to go into the building through the rear entrance and shoot some people. Red squad were, of course, on the lower level

We deployed just beneath the dockyard, in knee-deep water, and split up. Blue and Red went east, while Gold went north, before I also led Blue north to the door. I went inside, and much to my surprise there were two big windows on either side of the door that I had planned to toss a grenade through. So rather than that, I shot through the window, killing three terrorists. One ran for it, heading down the stairs to where Red squad were waiting to shoot him. I went outside, where the final men were, and I shot one. The other fired a shotgun at me, but from too far away, and was shot by one of my men.

The whole thing took 45 seconds, and despite my apparently getting hit by two rounds, everyone survived. I didn’t even need Gold squad, but at least I now knew how to set them up in planning. Right click where you want snipers to aim, pro tip.

Operation: Diamond Edge came straight off the back of that mission, because along with the weapons we’d recovered plutonium. It was traced back to a facility in Murmansk, Russia, run by Colonel Rudenko. I was to get in there and get Rudenko out. It was supposed to be easy, as the Russian military hadn’t been paid in a year. The plan was for Blue squad to get in and grab Rudenko, while Red squad guarded the escape with snipers. Quite a simple loop, right?

Much to my surprise, there was a single guard in the two guard towers, who Red squad shot and led the way into the facility. I followed behind, since there were few ways to make entry, and shot a second guard who was hiding behind some boxes. As I rounded a corner, I shot at another guard - who shot and killed me. Then two more of my squad, before the fourth put him down.

Sighing quietly, I resumed my route along the plotted path and entered the building before heading downstairs. Someone could be heard moving around, so I waited until they stopped before opening the door and shooting the man I had heard. Into the next room, I almost shot a scientist, but he wasn’t a threat - unfortunately that’s when the alarm went off. I ran through the next series of rooms, trying to reach Rudenko before he escaped, but before I got outside I heard Red squad report that a target was in sight.

Given the command, they took the shot, and by the time I reached them the armoured car was stopped, and Rudenko was with Red squad. I led him towards the gates, but was shot by someone. Taking command of Red squad, I escorted him to the extraction point, and the mission was a success. It took 5:05, with nine dead terrorists and multiple RAINBOW’s dead or incapacitated. 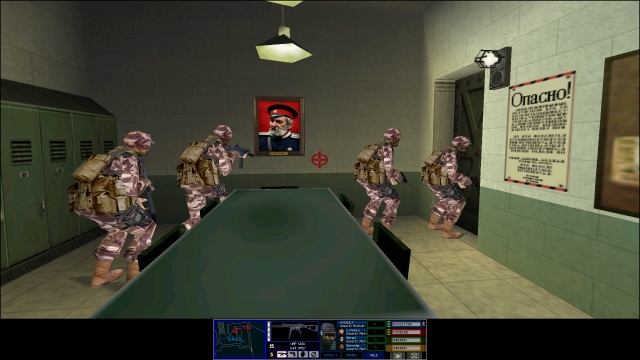 Redeploying, the mission went the same way as before, up to where I had first died. The man didn’t fire at me, instead deciding to run - so I gave chase and shot him, then a second man who came up behind him. Inside the building and back down the stairs, I again got the drop on the man wandering around, but the alarm went off before I reached the scientist.

Once more, I raced through the adjoining rooms to get to Rudenko, but I was too late. His APC drove off as I emptied a couple of magazines at it. Fortunately, once the snipers had the driver in sight, I had them fire and picked up Rudenko on my way past. I got him to the extraction point without issue, mission success in 4:33, 10 dead Russians and zero RAINBOW casualties.

With Rudenko back at RAINBOW HQ, he gave us some intel, as well as our unnamed Russian informant. I was to go back to Vezirzade’s country home in Georgia, and grab some data that was on the computer in the bedroom. The one that I specifically mentioned in Part Three… So Operation: Silver Snake would be interesting, given that I would have to get in without someone hitting a button on the wall which would wipe the computer.

Deciding to use the default plan, simply to see how many teams they reckoned I would need, I went in with three teams. Of course, I swapped out someone for my boy Reserve1. Curiously enough, it had been snowing, so things were at least a little different to my last trip here. It was certainly busier than my plans were

We all took off from the insertion point, and through the same door. It was Blue squad’s mission to get to the computer, Red squad to provide backup and Green squad to snipe through the windows. Things didn’t go well, as the same guy who kept spotting me last time shot me. Before I was through the second door, I lost the next member of my team, meaning I had to use Red squad.

Things were fine as I went through the house, killing terrorists and seeing the bodies of their friends which had been sniped. However, when I got to the second set of stairs, I was killed by a terrorist at the top. I took over the next member of Red squad, who had remained downstairs, and went back up to where I was just shot, and killed that terrorist. Unfortunately, upon reaching the room with the computer, the guy inside managed to get to the kill switch before I could murder him…

The mission was a failure in 2:34, with 11 terrorists dead, two RAINBOWs incapacitated, and two K.I.A. It wasn’t my shining moment, I’ll admit, but I knew that I could make the action work, so went back in. 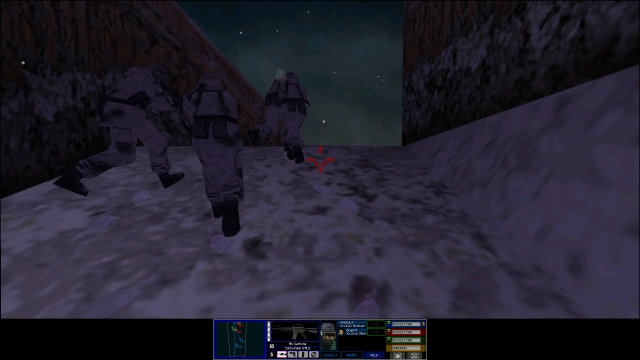 And resisted the urge to build a snowman

Red and Green squads set up, and I went inside with Blue squad. Red and Green were really on their toes, as I had surprisingly fewer terrorists to kill on my way to the second staircase, where I shot the guy in time on this occasion. I went up the stairs and as soon as the door opened I began firing, managing to kill the terrorist when he was centimeters from the killswitch. The second objective was to get to the extraction zone, so I went back through the house and hit the go codes for the others, who then went inside the house past me. I figured they would follow along in a moment, so went straight to the extraction point.

That’s where I waited. And waited. And hit the go codes a few more times, whilst waiting… I figured I would go and see if there were more terrorists to kill, which might have activated the win conditions - and to see where Red and Green were. 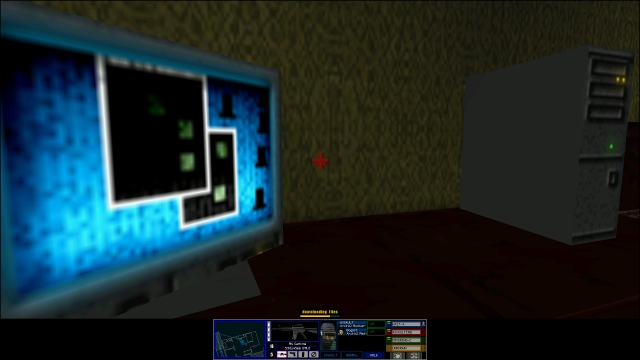 Incidentally, only terrorists put their icons exclusively on the right side of a screen.

After checking the outer building which had the security system in, I went back into the house where I honestly saw no sign of Green squad. I passed Red squad, crouched not doing anything or responding to go codes, so searched room-by-room - which is how I found the final two terrorists. Mission success in 7:28, with 17 terrorists dead and no RAINBOWs injured.

Unfortunately, as I learned about Operation: Oracle Stone, I began to be filled with dread - I was to plant a bug and a camera without being spotted…