After the Congo and an oil rig, I was hoping for something that had fewer than nine floors for Operation: Sun Devil…

Brazilian drug traffickers, led by Ramon Calderon, had kidnapped people from a construction site. The objective was to rescue the workers, but the subtext was clear. Take out the traffickers first, and hope the hostages don’t get wiped out.

I figured that a small tactical strike would be for the best, and planned accordingly - mainly to keep my weary specialists from being too badly compromised. One team of two, one team of three with a reserve (read: unnamed) specialist fluffing up the numbers. I even used the two Recon specialists, so only three Assault. I took charge of Blue squad with Timothy Hanley, while Red Squad were charged with clearing the house. We’d leave Ramon Calderon alone, and focus on the hostages. 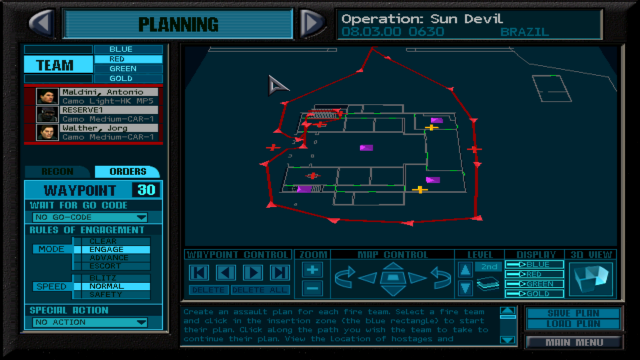 Within one minute, Blue squad was lost, and I restarted the action. I still felt that it was a decent plan, I just wasn’t careful enough. This time, we managed to kill seven terrorists - but both teams were lost in 2:39. It was time for a new plan - adding another specialist on to Red squad.

I’ve no idea what happened this time, but three members of Red squad were stuck in the infiltration zone and unable to leave. Blue squad and the leader of Red squad were lost, and I had to restart in 2:23. It would have worked, as we had managed to kill 10 terrorists. I went back to the plan and changed Red Squad to clear the basement, and do a loop through the house to clear it out, including Calderon. I also loaded everyone up with heavier gear. This ended in 3:14 with everyone dead or incapacitated. 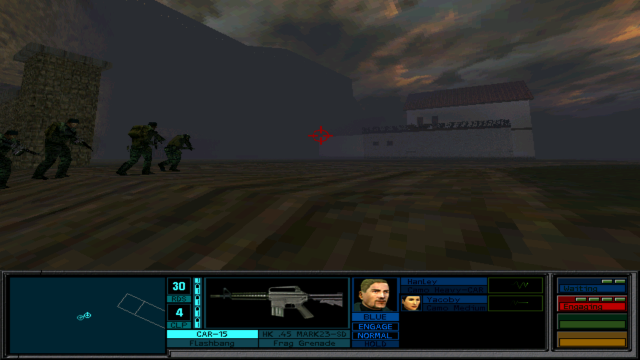 Back to the plan, I got rid of the Recon folk, and loaded both teams with Assault specialists. We lost two Red squad, two Blue squad and the hostages in 1:46, because I didn’t trust Red Squad. On the next go around, after 9:54 and 10 terrorists killed, the hostages were shot and we failed.

The penultimate attempt was spoilt by Blue squad being stuck in the infiltration point, as had happened to Red earlier. I killed 10 terrorists, including Calderon, but couldn’t find the final two. So, I grabbed the hostages and went to the extraction point. Except one of the hostages hadn’t moved. I went back for him, and literally couldn’t make him move, despite him standing…

The final attempt at the mission saw me heading in and around to the basement, clearing the way for Red squad. They came in after me, following the plan, before resuming their blaze of the building. I tried to get the hostages following me, but again only one of them did so. I knew for a fact that the second one had followed part of the way, so headed back to see where he was. Thankfully, Red squad finished their sweep, killing all 12 terrorists. 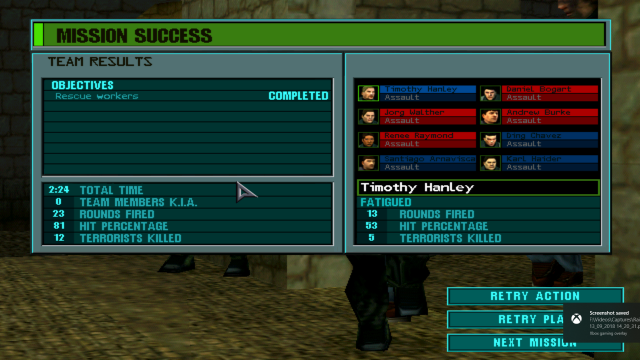 So it took me eight attempts and close to an hour, but the mission was complete. It took 2:24, and none of my specialists were injured or killed. I decided that the whole mission was buggy, and that I’d focus my sights on Operation: Ghost Dance in Barcelona.

Terrorists had struck at the theme park WorldPark, and the security firm Global Security wanted RAINBOW to rescue the children being held hostage. I prepared my plan, deciding on two teams making a two-pronged approach. I led Blue squad as Reserve1, entering from the rear with two others. Red squad were to sweep the whole park from the front, while I went in and grabbed the hostages. 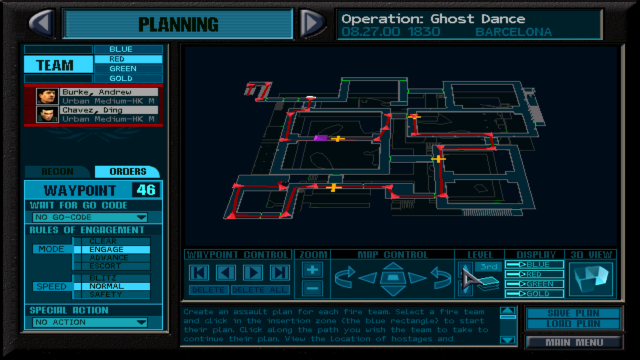 Picking the lock on the back door, I went in and around a hallway. I shot a terrorist before he knew we were there, and led my team carefully towards the hostages. I was shot the moment I spotted them, so took over as the second in command and returned fire, killing the three terrorists guarding over the hostages. This included the one upstairs in the control room, which I was happy about. I picked up the four hostages and led them back the way I had come, which I knew was terrorist-free.

Within moments, a terrorist shot me, and the third member of my team shot him before I could take over. With a shrug, I took the hostages to the extraction point, and waited. Then, I realised I was missing one of them, so went back and picked her up again, and returned her to the others. Unfortunately, as seconds turned to minutes and the minutes turned to almost 10 minutes, and Red squad had finished their sweep. I checked the map, and it turned out that I had missed a hostage - there were five! Heading back inside, I went to where the hostages were, and was met with nothing. 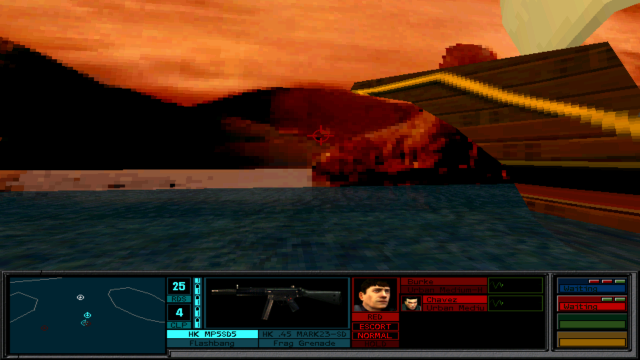 Pictured: the hostage on the radar, but nowhere to be seen

Perplexed, I tried finding them to no avail, so I quit the operation. 9:29, seven terrorists killed, two team members K.I.A.. Since the plan had worked, I went back into the action. Things went well, with me only losing Reserve1 to the man in the control tower. Once more, I returned all of the hostages to the extraction point - except for the invisible fifth hostage. I waited for Red squad to complete their sweep, then set off to check for any remaining terrorists. Since I literally couldn’t rescue the hostages, I figured I could complete the operation by death toll.

I couldn’t. 7:22 and seven dead terrorists - none killed since the one I shot after rescuing the hostages - and I quit the operation again. There had to be some way to make that boy spawn so that I could save him…

Restarting the game, I loaded my mission plan and deployed. As before, I picked the lock on the door and entered, shooting one terrorist in the first room I entered. He wasn’t in the water as he had been before, so I almost missed him. I threw a flashbang into the area with the hostages and ran in ready to shoot, but the terrorists were already dead. I can only assume Red squad took them out.

A quick count of the hostages revealed five - the boy in the green shirt was present this time! We hoofed it back to the extraction point, quickly shooting the terrorist who appeared in the tunnel, and it was mission complete. 2:26, five terrorists killed and no injuries or fatalities on either squad. 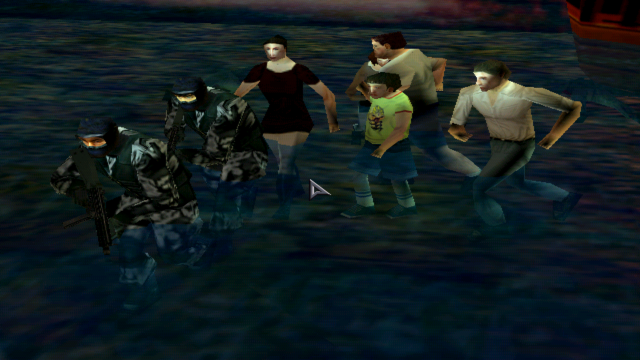 Back at base, John Clark told us about Operation: Blue Sky, and this one would be dam hard… Because it was a Hungarian dam…