After a quick sneak and a big rescue, I was off to Siberia to operate on intel gathered from Kutkin’s spa…

Operation: Sargasso Fade was to go in and set a bomb - part one of an ongoing operation. The team that went in with me for this, would be with me for the rest of it. I had to set a bomb in the communications center, to cut off Vezirzade’s Siberian base from the outside world.

The plan was straightforward, with only a few areas of concern, as far as enemy forces were concerned. I set up the team as Demolition Reserve1, and three assault RAINBOWs, with a fairly concise route into the first building, then across a walkway to the target building. We deployed, and I led the team to the right of a hill which was disguising our entry. My team took out the two closest enemies, but we were sniped from the top of the water tower. The team was all incapacitated in 50 seconds, with two hostiles dead.

Despite my faith in the plan, I couldn’t overcome the fact that I only had a shotgun - so I swapped out for Assault Reserve1 and put a new Demolitions guy into the team. We redeployed, and went back around the hill, the team dropping three men this time, while I took aim at the sniper in the tower. I missed, and he killed me, but I killed him when I took control of Karl Haider. I led the team on, but after getting to the walkway, we were mowed down by a guy in a bunker to our left… Mission failure in 2:03, two RAINBOW incapacitated, two KIA and eight terrorists killed.

We redeployed once more, and I led us around. My men killed the three as before, and I managed to kill the sniper this time as soon as we were in range, rather than aiming from a mile away, We went into the first building where I killed two men, then up to the walkway. I shot the man in the bunker who dropped us before, and led the men towards the other building. I wasn’t expecting to find a bunch of dudes hanging around, waiting for us. Somehow, I managed to fight them off with my team, and went into the building - where our demo guy had apparently already arrived, as I was no sooner inside the door as the bomb was placed. 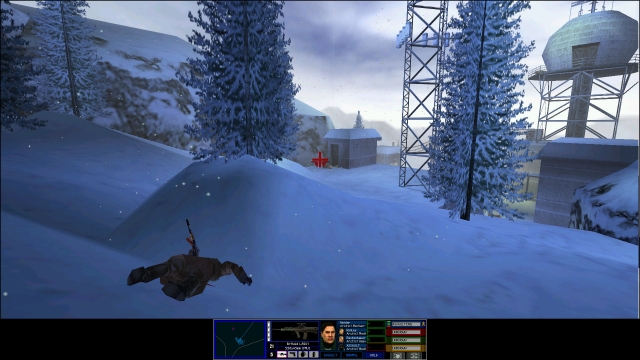 One down, more to go

Mission success in 1:40, with no injuries and 16 dead terrorists. Perhaps we killed them all and I hadn’t realised, which would have led to a successful mission anyway. There wasn’t an extraction point, after all.

This all led me to Operation: Majestic Gold. We had to plant more explosives, this time in the core of the bomb manufacturing plant. What’s more, nobody was allowed to leave - so that would involve a bunch of murder. Whilst making my plan, I assigned someone to Red squad and positioned him near the only exit on guard, to ensure nobody tried to escape. As for the rest of Blue squad, I had them going through the facility to plant both bombs - it involved quite a backtrack, but it was the only way to minimise resistance. We deployed, and Red squad killed a guard before getting set up in the exit as we went past, into the facility. Resistance was pretty light apart from a man in a tower and one in a guard station. There was another in a room protected by reinforced glass, but unlucky for him it wasn’t bulletproof.

In the room where we had to sed the first bomb, I was almost taken by surprise. There were two scientists who didn’t need killing, but also a guard hiding next to the ramp I had to walk down. I killed him and planted the bomb, then retraced my steps to head outside. Reaching the open area which I had to cross, I was greeted by three soldiers running at me. We managed to kill them all, and it was a simple matter to get to the second bomb site, setting it and completing the mission in 3:45, with nine enemies killed and zero RAINBOW injured. Also, it turned out that Red squad wasn’t really needed to do anything except kill that first guy… 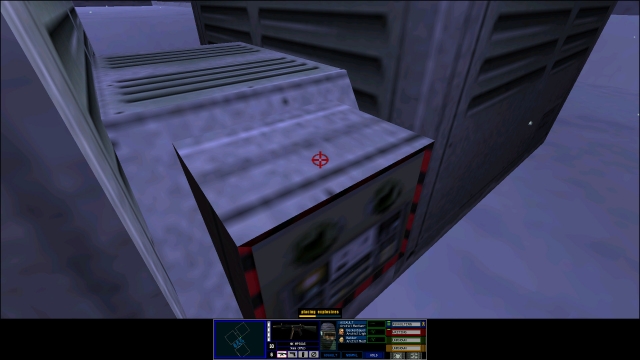 Operation: Frost Light began with startling news - Susan Holt had gone to meet our mysterious informant, who had turned out to be Lukyan Barsukov (the “Russian Godfather”), and in doing so had resulted in both of them being captured by Kutkin’s men. They were being held in the spa in Smolensk, but thankfully this time I was to go in weapons-hot. However, if an alarm was raised, they might be moved - or even killed.

Plotting a route for two squads, I decided that if either person was moved, I would divert my squad to pick up the slacker. Red squad were to get in and get out, hopefully with the furthest hostage, while I checked out the closest one. The secondary safe rooms were in the rear, where I didn't place any waypoints

We deployed, and Red squad mowed down the trio of men who came to greet us. I moseyed along behind, then we split up as we reached the door I needed to take. Opening it, one of my men shot a man stood right inside. I went in and shot the couple of men who ran straight at me, and up the stairs. My hostage - Susan Holt - was nowhere to be seen, but the door was open, so I headed for the backup room. We were unmolested, thanks to Red squad, until just before we reached the room downstairs, where I shot a guy and unwittingly ran out of ammo in my clip. I led the charge into the room, and Holt was murdered before I could reload.

The mission was a failure in 1:39, with 14 terrorists dead, and one hostage alongside them. We redeployed, and I hoped to move quicker to Holt’s position - which we did reach in record time, and with fewer terrorists blocking the way. I shot two in the back (who were stuck on a wall), and grabbed Holt while my squad killed a couple of other terrorists. 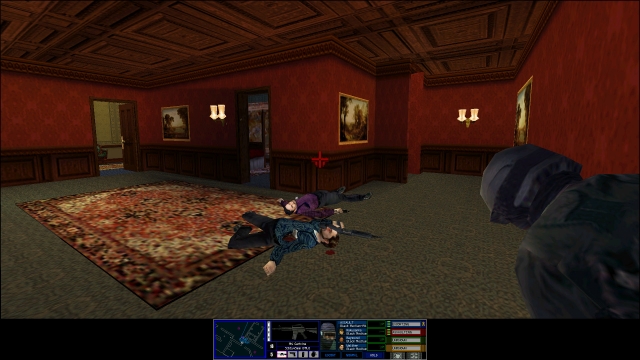 I swear they weren't there on my way across the hall

We hoofed it back to the extraction point, where I shot another man just coming up the stairs, and got Holt to safety. Unfortunately, despite my hearing that they had the “precious cargo”, Red squad returned empty-handed. I led Blue squad back towards the other side of the spa in search of Barsukov - I hadn’t memorised the location of the second backup room.

Eventually, I located it quite by accident, above me when my sights locked onto a terrorist. I shot him, but didn’t have a bead on a second and third, who shot Barsukov. Mission failure in 3:10, with 18 dead terrorists and one dead hostage. This was proving trickier than I had hoped.

We redeployed once more, and this time I met little resistance heading up to Holt’s now-empty room. They had to be teleporting there or something… I led my team to the attic above the panic room and dropped down the ladder. I blasted all of the terrorists, surprisingly living (as did Holt) to tell the tale. As we were leaving, I noticed Red squad leaving - so I took Holt back upstairs to find Barsukov. I snuck through the library and shot at the two men guarding him - and the third who was around the corner and almost got a shot off at the hostage. Hopefully they'd be able to get the blood out of everything before they invited more guests to the spa...

With both hostages in tow, I legged it back to the extraction zone, arriving in good time to a mission success. It took 3:48, and we killed 19 terrorists. I was hoping that Operation: Hero Claw would be an easy mission - head to Moscow and murder everyone…