So I Tried… Attack on Titan Wings of Freedom

Based on the hit anime (based on the hit manga) of the same name, it’s a third-person game where you jetpack, grappling hook and jump up huge naked men and cut them up with your big sword. Not sure what the subtitle is referring to though, and I even read through the manual… 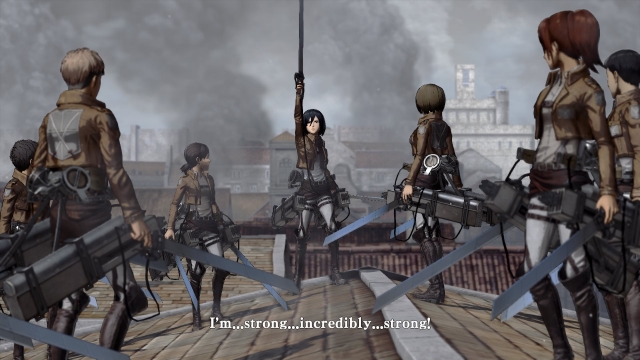 A third-person action game based on Attack on Titan. I’m not certain, having seen little of the show, but it seems based directly on the plot, rather than a new story. Years after his mother was eaten by a titan, Eren has become a member of the army, whose job it is to kill any titan that manages to get into the city. You’re equipped with swords and a system of grappling hooks that propel you around the place, enabling you to hack limbs before finally taking out the titans by stabbing it in the nape of the neck. 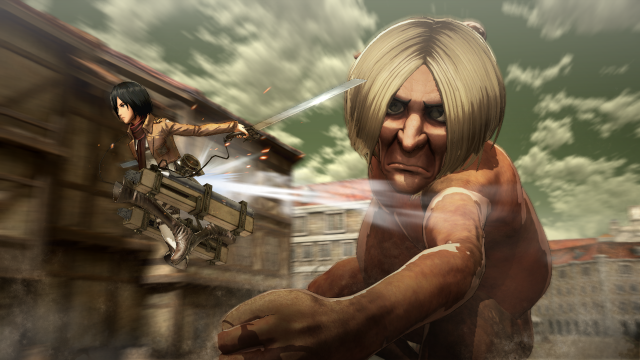 Since half an hour only got me a tiny way into the game (man, there are a lot of cutscenes), I’d like to see more. The controls are a little fiddly, but I’m sure I can get used to them. So far it’s not a difficult feat to take out a titan, so maybe the third mission will start to amp up the difficulty a little. I am playing on Easy, so I’m hoping it doesn’t get too difficult, though.

I have been wanting to try this game for quite a while niw. Loved the TV show will pick this up when I think I can get tine to play it 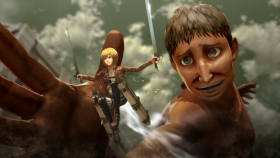