So I Tried… Kill the Bad Guy

I first saw a trailer for this last year, and wanted it so badly! Unfortunately I was pretty stressed at my old job and quickly forgot about it… You’re hired to, quite simply, kill the bad guys across multiple levels. It’s not as simple as shooting them, you can’t even walk up and stab them -- you’re doing things from the shadows. Sabotage a car, fix a wrecking ball to fall -- that kind of thing, so long as it looks like an accident and makes a big mess. You’re actually the planner for a group of people who kill to make the world safer. People who have gotten away with crimes, the guilty who were found innocent, terrorists… They all have daily routines which you can exploit to your advantage. For instance, one bad guy walks past a construction crane everyday. You could swing the ball at him when he gets closer -- or perhaps you will let it down when he’s walked past, only to send it barreling down the street towards him the next day! Cars can be sabotaged to zoom off, trees can be pulled down and used as catapults, pianos dropped from buildings… 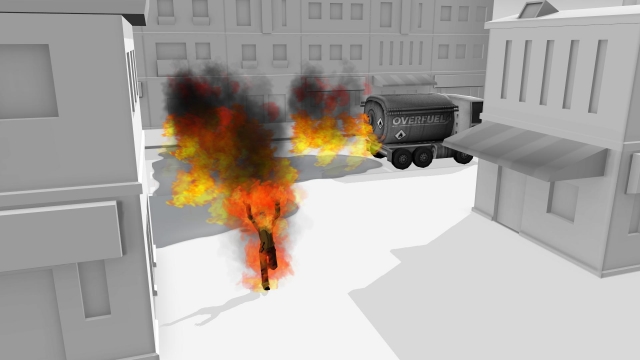 You can get them a little hot under the collar

There are several objectives per level, with the main objective of course being to murder the target. The secondary objective gives you an idea of how to do it, and the other ones are the same for every level. Catch the tooth which inexplicably launches from the victim upon death, find the passport which is hidden somewhere, kill the bad guy on the first day… I really do want to get all of the stars, but damn if I don’t want to plough through the rest of the game to see how else I can dispatch these evil gits. It’s a lot of fun, and as it’s physics-based, so of course I’m going to want to keep playing! There’s even a multiplayer mode called Gangs of Bad Guys, so I’m super curious how that plays. 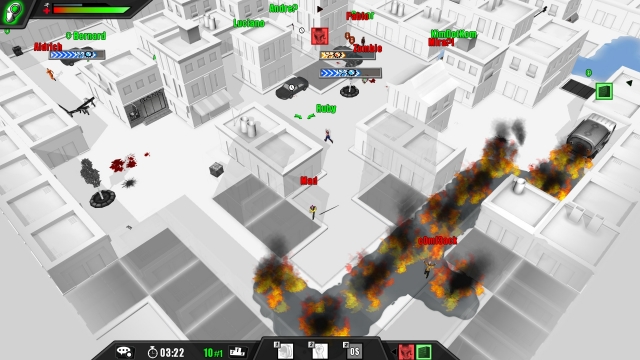