A remake of the original Danganronpa. I believe they remastered the first two games before Danganronpa V3 came out, though what I’m in store for I’m not entirely certain. I know that it’s not strictly a visual novel, but it’s also not a JRPG. Maybe something like Phoenix Wright: Ace Attorney? I hear that they’re good games, and something about spinoffs, and Persona and… I honestly haven’t any idea what Danganronpa actually is. 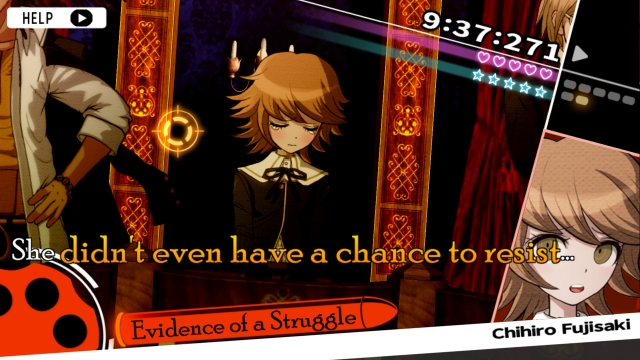 Difficult to explain succinctly. You play as Makoto, one of 15 new students to a prestigious school that only takes the best of the best - AKA the Ultimate. There’s the Ultimate Pop Star, the Ultimate Fan Fiction Writer and more, including Makoto who is the Ultimate Lucky Person, as he won his place through a lottery rather than a skill. Things are not what they seem, and just after the first half an hour is over the school’s principal Monokuma - who looks like a teddy bear - is telling them that they are trapped here for the rest of their lives. The only way out is to murder a fellow student - but somehow not get caught. There are visual novel bits, first-person exploration parts, and investigation sections - at least in the prologue - which is where my earlier confusion seems to stem from. 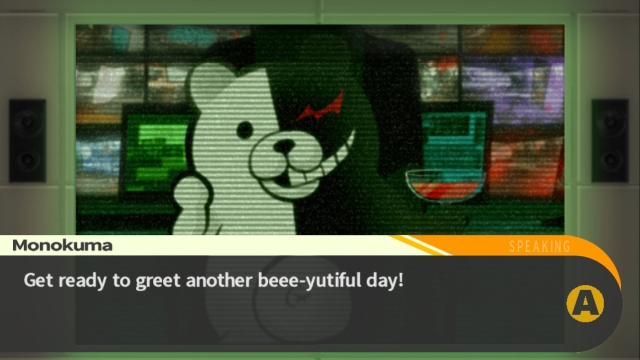 I actually did keep playing a little over half an hour, because most of it was visual novel-style introduction and exposition. I ended just after the prologue, when I was in my dorm and could save manually for the first time. And yes, I will be going back to this, if only to find out who is the first to die. There’s also one student who is the Ultimate ??? - so I want to see if my theory of her being the Ultimate Psychopath or Ultimate Assassin is right.