Honestly, this was the one game that made me want an Xbox One. A third person shooter by Insomniac Games - why wouldn’t I want that? But with few exclusives, there was never really a reason for me to pick up the console just for one title. Well, now I have an Xbox One in the house, so you can bet I’m going to play Sunset Overdrive. 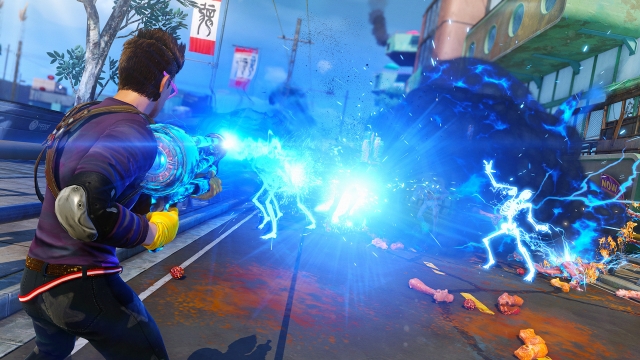 After an experimental energy drink goes wrong, people turn into murderous monsters, and after two weeks hiding in your apartment drinking beer, you’ve been forced outside. What follows is a colourful third person shooter with a pretty great traversal system, and tons of zombie-like enemies to splatter across the place. Honestly, if Volition had made Agents of Mayhem into something like this, I’d have lobbied for it to be game of the year - because it feels quite “Saints Row”-y, but with (so far) fewer stripper poles. 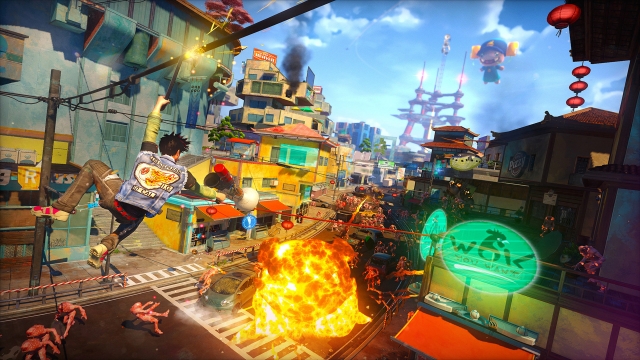 Hell yes, I’ll keep playing, it’s an Insomniac title. They really are only second to Volition in my adoration for their entire back catalogue. Sunset Overdrive has loads of weapons, and a traversal system that doesn’t quite make sense, but damn if it doesn’t just work. Towards the end of my session I was starting to really get the hang of grinding, bouncing and leaping around the place, and I really look forward to returning to Sunset City.