So I Tried... Supreme League of Patriots Issue 1: A Patriot Is Born

Each edition of So I Tried… I will try a game that I have never tried before. Will I find something new to love? Will I find something new to despise? I'll take a full half hour, no matter how bad it gets or how badly I do, to see if this is the game for me. This time I went for the PC version of Supreme League of Patriots Issue 1: A Patriot Is Born. 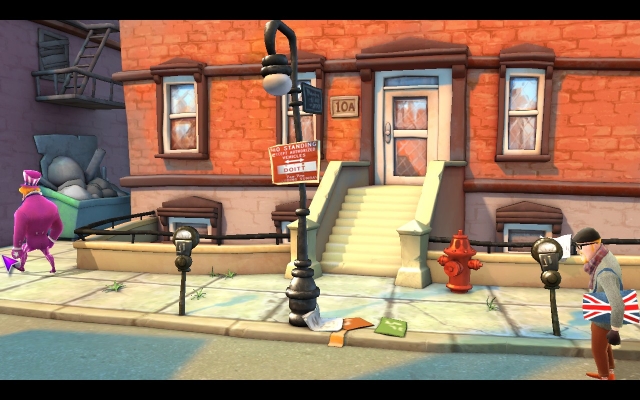 A point and click adventure game that sees itself as something of a disassembly of modern superhero schtick. A parody of the entire genre, with a message hidden amongst the humour of leading a dual life, throwing in a Britain’s Got Talent-style show element as an overarching plot.

Dull. There are three things I love about the last paragraph; point and click, superheroes and comedy. I like all superheroes - yes, even Aquaman - and I have a wide pallet when it comes to humour. From toilet humour through slapstick to observational, I like it all. Now imagine my disappointment when this comedy superhero adventure game bored me for a full 30 minutes.

Developers No Bull Intentions seem to have a problem with pacing. When you’re making with snappy banter, it has to be snappy. When each character speaks, their image has to fade into the front of the screen so the subtitles can be in speech bubbles, then fades out. Waiting for two fades really takes away from the punchline and honestly I felt more disappointment than amusement at each one. I want to, but I can’t justify it. I hope it gets better, especially as it’s episodic, but I really wasn’t enjoying it. I solved the first two puzzles within two minutes - however I wasn’t allowed to solve them until all of the dialogue options had been dispensed with. It felt more like a book because it was so linear. For example, the first thing you need to do is leave the apartment. But I couldn’t do that until I found an address. Which I found, but wasn’t allowed to pick it up because I hadn’t spoken to Mel about leaving the apartment, which makes him tell me I need the address. So no, I won’t be playing this anymore as not even the decent jazz soundtrack could keep me interested. 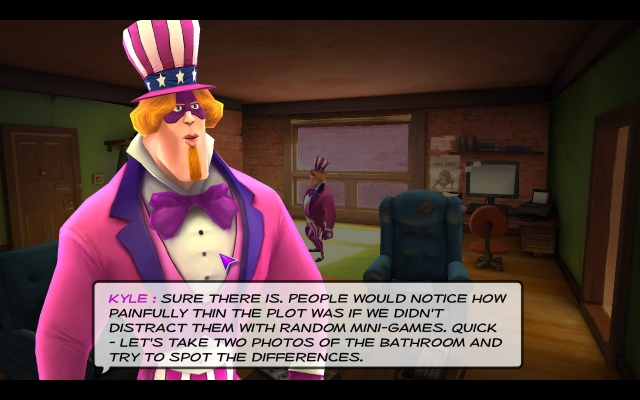 "Quick, let's waste time telling them how we COULD waste time!"