So I Tried... Final Fantasy XIV: A Realm Reborn

Each edition of So I Tried… we will try a game that we haven’t had a chance to play before. Am I going to fall in love with the game? Or is it going to be another game destined to sit idle on my computer for all eternity? I'll play the game for a solid half an hour, and see what my first impressions of the game are.

My only experience with a Final Fantasy game is when I used to play Final Fantasy III on the Nintendo DS back when I was small enough to hide in the cupboard under the stairs. Having not seen any gameplay regarding Final Fantasy XIV, or actually any of the more contemporary games in the series, I wasn’t sure how much this would differ. Given how I actively try to avoid MMORPG’s as to protect my wallet, my only other experience with an MMORPG was roughly 100 hours into Star Wars: Galaxies in the month before they shut the servers down almost nine years ago. Thus, my knowledge of what I was really getting into was quite limited. 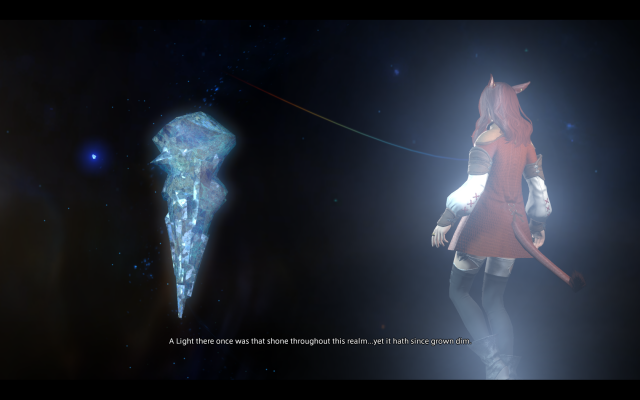 What It Really Was

Final Fantasy XIV: A Realm Reborn is an MMORPG with a heavy emphasis on player customisation. This article series typically focuses on our first half an hour with the game, but after half an hour, I was still making my character. I’m a man of culture; if you give me the option to make myself a sexy catgirl, I’m gonna make myself a sexy catgirl. I played simultaneously with several other staff members who were also new to the game. Unfortunately, we all ended up in different starting cities due to the classes that we chose. Being a fan of making squishy, hard-hitting characters in RPGs, I went with the Thaumaturge class, which is as far down the ‘Squishy Magic DPS’ rabbit hole that you can go. FFXIV makes effective work on engaging the player in what’s going on, although there were times where the UI got a tad overwhelming, which did put off some fellow staff members from continuing to play. If you can make it past that, what you have is an enjoyable experience that offers you a lot of content without making you go through a paywall. Absolutely! Whilst I’m still at home, I don’t have much free time. Once I move out for uni, however, I imagine I’ll find myself firing up Final Fantasy XIV: A Realm Reborn once again with glee. I continued to play that night long after my comrades had abandoned the game. Thanks to the guidance of fellow staff members Isaac and Nikki, who had played the game previously, I found myself very easily coming to grips with how the game worked. With so much of the game’s content being available for free (and even more now, thanks to the most recent update), I’m looking forward to sinking my catgirl fangs back into the world of A Realm Reborn.

In Case you Missed it - Final Fantasy XIV GO Trailer