So I tried…Team Sonic Racing

In each edition of So I Tried… we jump into a game that we have never tried and see what we find. Will it be something new to love? Something new to despise? Giving the title just under an hour to see if it is the game for me no matter how bad it may be. With the return of the best kart racer ever put to videogame machines, Crash Team Racing, just around the corner I was feeling the itch for that classic bombastic fun. Coincidentally when I was waiting for some friends at a videogame bar and the latest racing game from a mascot that can probably run faster than the car he is driving was on offer, Team Sonic Racing, I thought: “What the hell, let’s give this a go.” And let me tell you this reader, the result of this fateful moment may shock you. 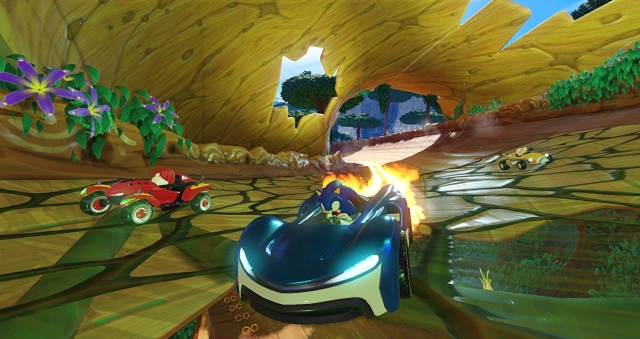 Going in my expectations were low. I had dabbled before with the other Sega/Sonic racers and none had caught my interest at all. The driving never felt tight enough, the items uninspired, and the assortment of characters tossed in by Sega, including Ralph from Wreck-It Ralph for some reason, always just felt odd, and outside of the blur hedgehog didn’t deliver any iconic racers. So when I saw the low key announcement for this game at last year’s E3 I wrote the project off as just another uninteresting kart racer from the struggling mascot with no home.

But boy was I wrong. Team Sonic Racing brings a whole new dimension to the tried and true genre of kart racing and injects life into what on the surface looks like a soulless cash grab. Where to start: Well firstly, this game is fast. Other kart racers can have the problem with feeling a little sluggish, but that is not even a thought here. Seconds into a race you will find yourself hurtling around the track at breakneck speeds, feeling more like a speedster than a traditional Sonic game has ever made you feel. To help you also not just simply ping pong off of the walls of the track, driving the flashy sports-car like karts feels tight, responsive, and just so damn cool. You could feasibly drift around the entirety of every track in the game, and maintaining a drift down a spiralling course to then unleash the speed built up from that drift is the best feeling I have gotten from a racing game in a long time. And on top of that, from the three tracks I have played so far, the environments looks astoundingly pretty. Like a Saturday morning cartoon come to sparkling life you can’t help but awe at the luscious green hills ahead, the curvy haunted mansion above, or the vibrant casino you are currently shredding your tires through.

But that all seems pretty standard, where Team Sonic Racing changes up the formula is in its emphasis on the word “Team”. You play alongside two friends (or two AI companions if your friends are late to a meet up) and where each of you place adds up to your final score. This means that you could come first, but if your team mates come last and second last, another team of three that came second, third and fourth can still beat you. This adds another layer of both competition and co-operation to races that makes each one that bit more exciting. To help each other out when racing, whoever is in first leaves behind a boosting slipstream that when entered by your teammates gives them a significant speed boost to help them catch up, and you can also send items to your comrades. Do enough of these things and your teamwork meter (yeah it’s cheesy) fills and you can go into overdrive, becoming a golden beam of speed (for a limited time of course). All of this coupled with the varying mission types such as team races and precision driving challenges that get you to collect as many gold coins on a track as possible before the timer runs out, crams so many new ideas into a genre that most probably see as drained of all innovation. 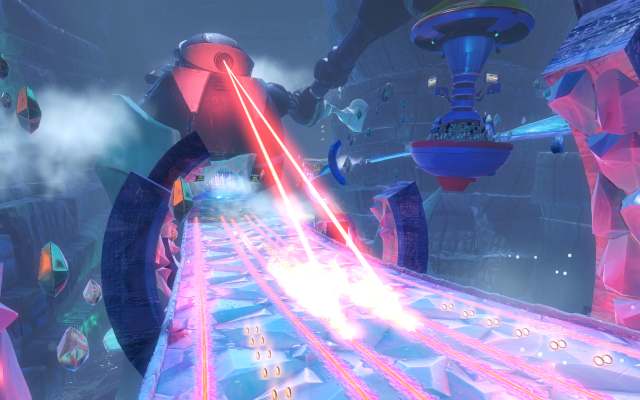 100% yes. Team Sonic Racing’s surprisingly fresh take on kart racing and addictive progression where you can outfit your car to be either a speed demon, unstoppable tank, or somewhere in between may make this a worthy rival to the current king of kart racers. Plus it is just fun as hell to play.

So I tried…Team Sonic Racing 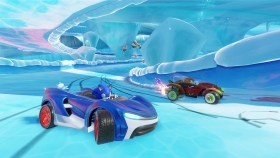