So I Tried… Coffin Dodgers

Mario Kart with old people. Yes, I said the same thing when I tried SkyDrift, minus the old people of course, but it’s impossible to not compare any wacky off-beat racing game to the perennial favourite Nintendo racer. All I know about the Early Access title Coffin Dodgers boils down to: you have to race Death in a go-kart. I’m guessing the overall winner of the competition gets eternal life, or something. It looks crazy and hilarious, so I wanted to try. The winner is the only one who lives, is the main story objective. My half-hour let me play long enough to see three of the retirees I didn’t choose buried and resurrected by Mr Grim Reaper to continue racing as zombies! And zombies began appearing on the tracks! But I should back up.

Mr Grim Reaper moves into the neighbourhood of this retirement community, so seven residents band together to challenge Grim to a race to the death. Whomever comes in last place after three races, is killed off and returns to the next race as a zombie. Being the physical embodiment of an abstract concept means that Grim is a little more skilled at racing mobility scooters than your average human, putting him at something of an advantage. So you must choose an old person and win race after race, eventually head-to-head with Grim in the final race. You have to upgrade your scooter and use your cane and weapon pickups to get past Grim. 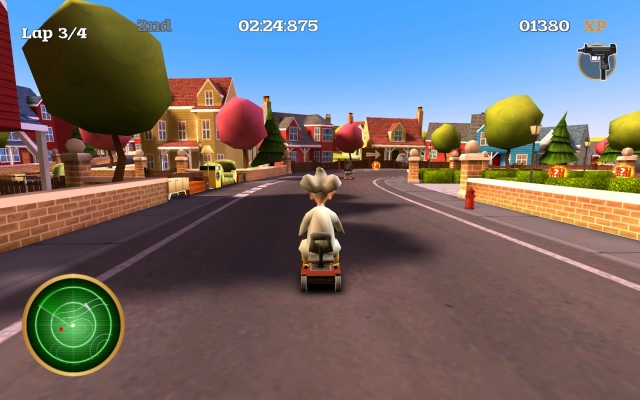 I’ll probably take another look when it’s finally released. I’ve said before, but racing isn’t my thing. I enjoyed what I played, but there were bugs that made it less enjoyable. During the track being displayed as a preview, the camera fades to the next shot and for some reason cuts out the music, and when there is a slight (or large) incline, the go-kart becomes jittery and slows the game down. The selection of the weapons could be a little more random, something I made note of after getting five defibrillators in a row. However, some of them are fun to use: how often does a game allow you to shoot Death in the back with an uzi? 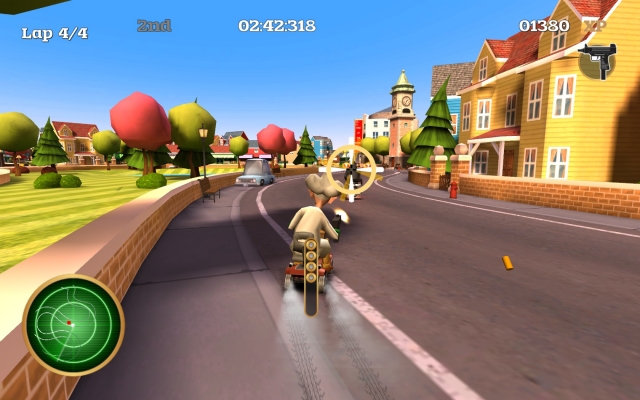 Coffin Dodgers out now on PS4, Coming Soon to Xbox One

Coffin Dodgers Coming to PS4 and Xbox One