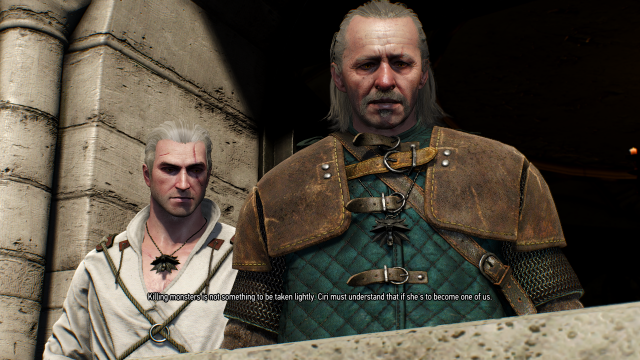 I know it’s an RPG, and I’m under the impression that there’s a fair chunk of violence and nudity along the way. I’m expecting something kind of like Fallout 3 where there’s a mix of RPG and shooter mechanics. I’m expecting to see a dark fantasy world full of sidequests, like Skyrim with less arrows in the knee. I’m pretty sure you’re either supposed to kill witches or have sex with them too. I don’t know anybody that didn’t like this game so I’m expecting it to be good. 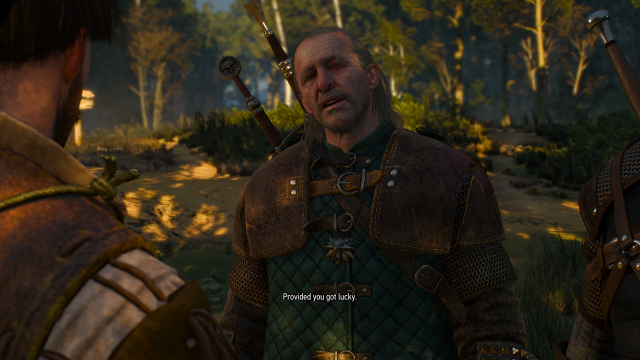 Based on the first half an hour, it’s a cutscene where you can occasionally play a small tutorial game. I ended up extending the time to an hour so I can actually get into the storyline and so far it seems like a decent enough RPG, but it’s not grabbing me as one of the greatest games ever just yet. The voice acting from smaller characters is atrocious, and the combat is a little clunky, but the world is rich and detailed, there’s plenty of stuff to do, and Gwent seems intriguing too. Also, I accidentally punched a cow to death. 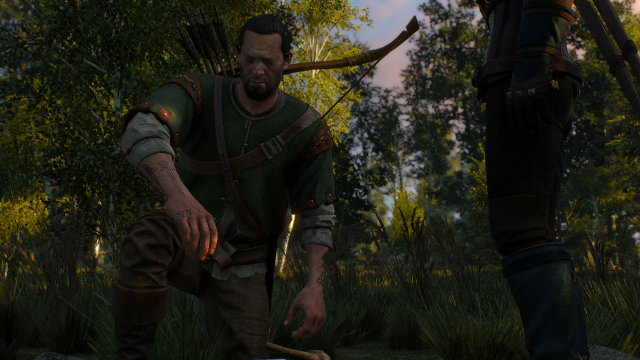 Yes, I need to atone for my inadvertent bovinicide if nothing else. And just as the timer went off, I had a blood-stained missive to read telling me where to find more treasure. I like treasure. Whilst I’m not raving about The Witcher 3 just yet, it seems like it’s going to get more engaging as I get into it. The writing seems solid and there’s lots to do, plus I’ve only seen a small amount of the nudity action that the game has to offer. How The Witcher 3: Wild Hunt Made Superstars of CD Projekt RED

Ten Board Games For The Video Gamer

No, hold on. Expand on how you "accidentally" punch a cow to death?!

I clicked on it thinking that maybe I could pet it. Turns out, if you click on wildlife, Geralt punches it.