So I Tried… Dead Island

An island full of zombies that you have to fight through. I think I remember that it has a funny side, especially as it’s mentioned in one of the Saints Row titles. Of course, since there are zombies to fight, it’s likely to get my heart racing. Last year I wrote an article about how horror games scare me too much to actually play them… I’m assuming this will scare me, but damn if I’m going to pass up an opportunity to play a game during its Steam Free Weekend. 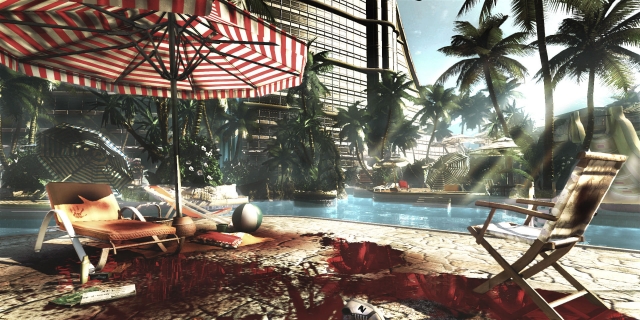 One for the brochure

A first-person shooter which really does play better in co-op. At least, from my perspective as a strictly solo gamer who was not looking forward to fighting zombies. The first 30 minutes of gameplay sees you making your way out of your hotel room and doing the first couple of missions. Fetch quests they might be, but at least they let you explore the resort, which has become infested with the living dead overnight. The game will prompt you when there are other players nearby that are at the same level as you, allowing you to drop in and out of play with other people. 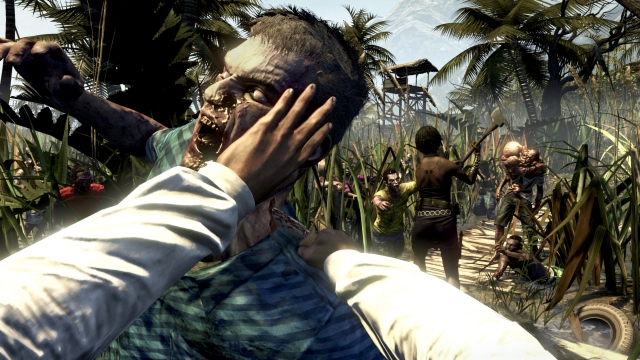 The fact that you first encounter zombies during the day, and it’s a bright tropical beach resort, doesn’t change the fact that this is immersion of the highest sort. I cringed back from the screen each time a zombie grabbed me. It was slightly alleviated by the fact that someone hit the button to join up with me, but as soon as they wandered off and left me to fend off three zombies which had surrounded me, I was back to square one. Dead Island is a really fun game -- but then there are zombies. When they were far from me, and on the beach, it was fine and I could enjoy chucking things at them: until I ran out of things to throw. Luckily, and hilariously I thought, you can grab any knives you’ve thrown at them, out of them, and use them to stab it some more. Unfortunately, it’s not enough to make me unafraid, so I won’t continue.

So I Tried… Dead Island