In each edition of So I Tried… a member of GameGrin will play a game they have never tried before. The game will be given exactly half an hour to shine, or not, as the case may be. Will I find something worthwhile or just lose 30 minutes of my life I can never get back? This time I played Mega Man Battle Network on the Game Boy Advance by Capcom. 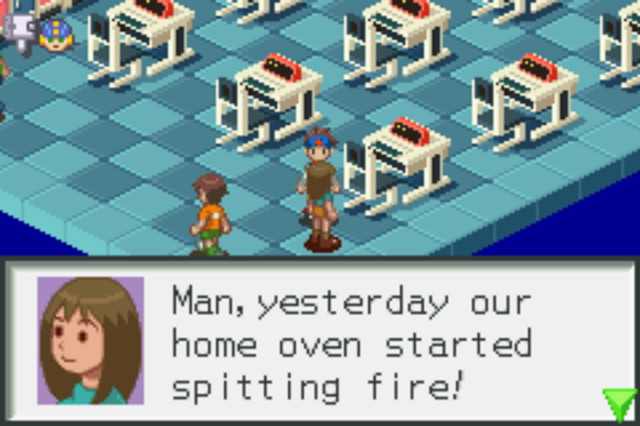 A spin-off RPG featuring turn-based combat in the same world as the mainline games. I never really thought to try them as I was never a huge fan of the side-scrolling platform entries. Reading Andrew’s potted history of the series spurred my interest.

A spin-off RPG featuring a hybrid card-based and real-time combat system in a quirky re-imagining of the world in the mainline games. As Andrew states in his article, the world diverged from the main series when instead of robot research they focused on the Internet. 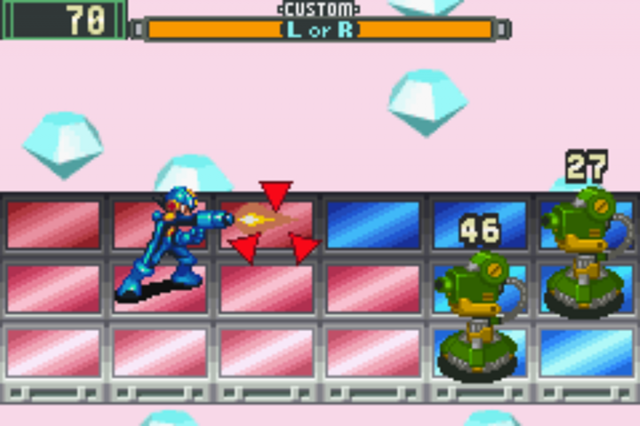 The game plays very much like a standard JRPG and it’s interesting seeing characters fleshed out a lot more. The combat system sees you choose attacks from a selection of chips, which you then get to activate in real time as special moves as you move around a 3x6 grid whilst you wait for a bar to fill up so you can select more chips. It’s an interesting system and a lot more inventive than I was expecting.

Plot wise I didn’t get very far in 30 minutes, getting through the initial tutorial, jacking into the Net for the first time and being tasked by the main character’s friend Yai’s Navi Glyde to recover a program. I accidentally found my way to the next area which the game called Yai’s portrait before finding the item so performed a lot of random battles before having to turn back to find the program and my 30 minutes was up before getting back on track. 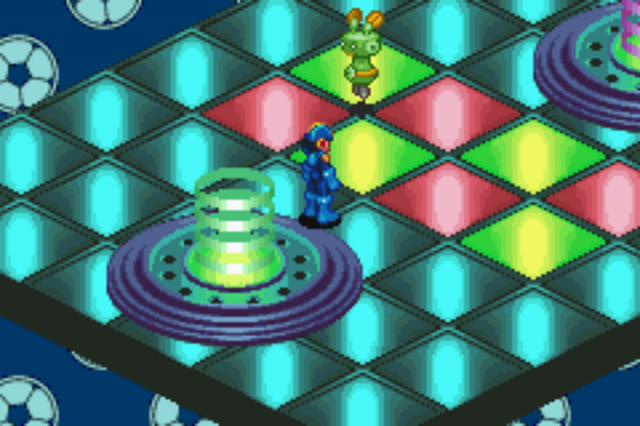 I definitely will, the cutesy aesthetic and the adorable way they’ve adapted Internet terms into the world sucked me right in and MegaMan being a program a la Tron is right up my alley compared to the robots of the main series.

I’m fascinated to see where this goes, the villains causing everyone’s Internet connected ovens to spew fire right at the start is certainly very evil, so it can only escalate from there!