So I Tried... Wolfenstein: Youngblood

With my ever-growing backlog calling out once more, it’s time to look back on the releases of yesteryear and grant one lucky, unplayed title the chance to enter into my regular gaming rotation. This time, it’s Wolfenstein: Youngblood, the latest spin-off in the long-running Wolfenstein series. It’ll get half an hour in the spotlight; no more, no less. After that, the hammer of judgement (AKA: the uninstall button) will come down upon it. Unless, of course, the game shows a glimmer of potential in those 30 minutes and earns a less fleeting place on my hard drive. This is “So I Tried”, so without further ado: let’s try Wolfenstein: Youngblood. 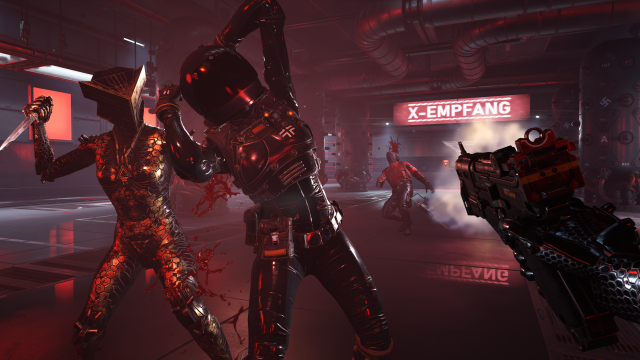 B.J. Blazkowicz’s last couple of Nazi-hunting outings were wild rides that grabbed players by the hair, took off running and didn’t slow down except to spend a brief—but welcome—time with their eccentric cast of characters. They’re among my favourite shooters of this generation and I saw little reason for Youngblood to be any different. I was aware of the co-op focus and change of protagonist(s), but wasn’t particularly bothered by either of those things. It was a spin-off after all: if MachineGames couldn’t experiment here, then where could they? What did concern me were the ‘RPG-lite’ elements that I’d heard discussed. Levelled players, enemies and quests? The idea certainly didn’t sound very ‘Wolfenstein’, but I wanted to at least give the game 30 minutes before forming an impression. Plus, Arkane Studios (Dishonored; Prey 2017) were credited as co-developers: I was excited to see what would come of the two teams joining forces. 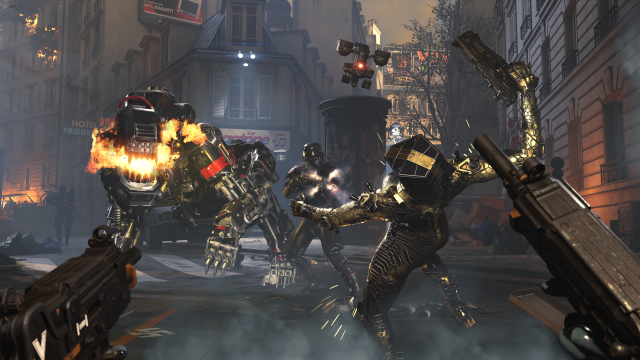 A Wolfenstein game in the midst of a mid-life crisis. Much like an ageing man attempting to dress, talk and behave like someone 25 years his junior, Youngblood is attempting to ape the gameplay styles of franchises (over) 25 years its junior. It’s not all bad: the shooting is as snappy and responsive as ever; the characters seem to have the same sense of heart that previous games’ characters did, but there’s a number of gameplay ‘red flags’ that are making this game less and less likely to ever elicit the same ‘warmth’ of previous titles.

For one, the enemies having a level assigned to them (just like the player) results in many of them being no fun to fight. It’s obviously an attempt to keep up with the game industry’s increasing reliance on RPG mechanics, but it only results in battlefields full of bullet-sponge enemies and weapons that feel like pea-shooters in the player’s hands: like I said, no fun at all. The idea of our protagonists ‘levelling up’ and gaining power makes sense thematically: they’re young girls fighting Nazis for the first time and are therefore developing skills as they go. Alas, whatever benefit levelling has for the game thematically is lost in the moment-to-moment action.

Secondly, the open hub worlds seems (at this early stage) custom-built for repetitive shootouts and endless retreading of tired ground. There looks to be numerous side missions that send players around the hub worlds for a variety of Nazi-fighting busywork tasks. While not necessarily an issue, these hubs aren’t that big and the objectives seem generic enough to be recycled near-infinitely. I’m predicting more backtracking in this game’s future than any self-respecting player should be comfortable with.

Additionally,—and this is a small thing—Arkane Studios’ penchant for gameplay freedom and player choice has, as far as I can tell, been boiled down to “oh, let’s put some ventilation shafts in these levels”. It’s sad to see Arkane being used in this way: like hiring Van Gogh and asking him to paint the walls of your spare bathroom.

Will I Keep Playing it? 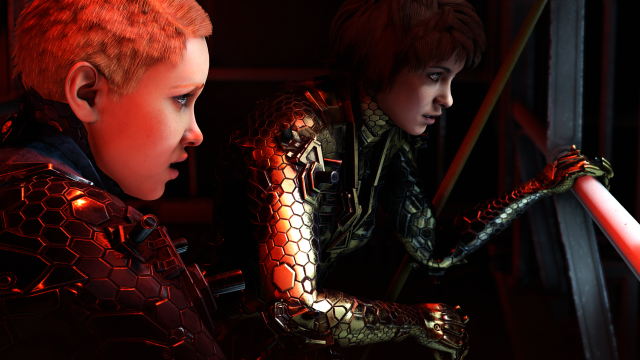 Maybe I’m full of more fuzzy feelings for MachineGames’ Wolfenstein than is good for me because, despite all the negatives you just read, I’m compelled to keep playing. When the enemies aren’t too highly-levelled, the gunplay is a riot; the central story, its mysteries and characters are all silly and intriguing in equal measure; and—as much as I’m ashamed of it—RPG levelling mechanics do ‘click’ with me keep me tolerant of repetitive gameplay. On paper, Youngblood should turn me away; in practice, it’s just barely keeping me hooked in.