So I Tried... Conan Exiles

With each edition of So I Tried… a GameGrin writer takes a small look at a game they've never played before. The game in question has exactly 30 minutes to sell itself, and that decides if we keep playing it or not. Today, I take a look at the PlayStation 4 version of Conan Exiles.

After watching a hundred and one reviews about a game which was set in a universe I had enjoyed spending time in as a young child, I was ready for a mature take on a dystopian wasteland game not unlike Mad Max and Fallout. It looked like a great crafting-based RPG that would allow me to live out my barbarian fantasies of capturing fortresses, destroying settlements, and annihilating tribes of enemies. I thought I would be able to do all of this while being regaled by tales of heroism which are relayed through interesting dialogue options and found scraps of old books and parchments. 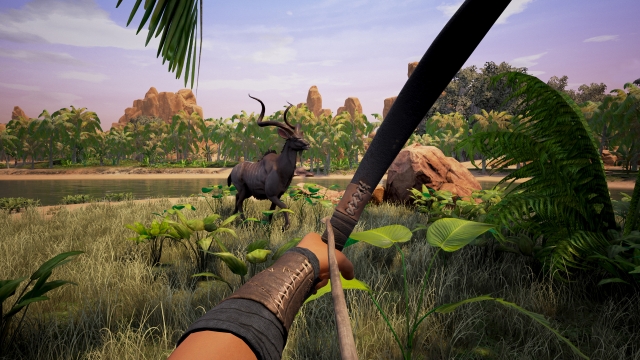 A sub-par RPG set in the world of Conan which combines elements of The Forest and 7 Days To Die and delivers a terribly complicated crafting system, which seems to enjoy being at odds with the player at almost every turn. Starting out as a ‘condemned’ criminal for crimes which you can specify if you so wish, you must travel across the low-quality landscape while battling variations of the same copy-paste NPC’s and discovering settlements with which to interact. 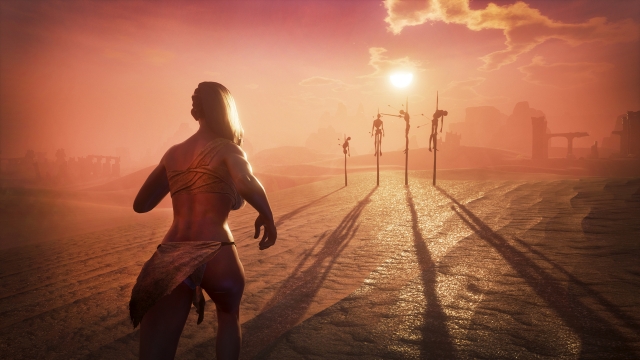 The game is a complete mess and a huge disappointment. Conan Exiles is an example of a poor use of a licensed material. Combining the worst parts of mid-tier survival games from the past 10 years, it only boasts one real selling point it; it contains gratuitous nudity and ‘graphic’ violence. This however falls flat on its face as the violence featured in the game is only as graphic as Fallout 3, which was delivered 11 years ago. Being set in the Conan universe, it had the potential to be something amazing, unfortunately what surfaced is not unlike the hundreds of survival asset-flips which plague the Steam storefront every day.

I rue the day I ever played this game and I hope never to see it again. Thanks to the developer’s inability to lock the admin (cheat) mode, I will never have to as the game takes less than an hour to complete and platinum.

So I Tried... Conan Exiles

Playing solo I completely agree, but it's slightly fun as a fuck around with mates.

My mate, who is usually a massive pedant, is loving the game because of how fun it is with others. I just can't get past how ugly it is TBH, everytime I try and play it, my eyes bleed. Glad you enjoy it though  and thanks for reading and taking the time to comment!

Well it seems your opinion doesn’t match the masses as nearly every server I try to join is full, every official server is like a fight just to get one of the 40 spaces. And soo many private servers are bought everyday. Call me suspicious but why is it always a damn blogger/reviewer that seems to hate every game made? I dream of a world where actual positive people that don’t hate everything in life are represented

This game is a very big disappointment. Now I do not have to waste any word for that fact Funcom has worst user support in the history I guess everyone knows that who tried to contact with them and If they released the fix that usually created more bug than what solve it.

Funcom advertised and promoted this game : "build a home and kingdom" so they encouraged you to build as much as you want but when you did then they suddenly just wiped out all of your buildings and ban out you from official servers without any warring.I just highlight,  I didn't block anything, I didn't walled around any obelisk or any important area in the map, and other players could use my maprooms, roads, etc.  I just want to warn every player who are same enthusiastic for build things as I am before they face with the same experience as I had. Does not matter who big my base was because I don't think They should not have been banned someone for something what the game allows to do.

FUNCOM: "it was determined that excessive amounts of structures and placeables were being used to intentionally have a negative impact on the server’s performance. Even though freedom of expression through building is encouraged via the sandbox and building system of the game, deliberate use and abuse of known exploits to not only negatively impact the rest of the players in the server, but the server itself, is not something we can let go."

If some placebles or other building pieces could become and exploits then I think they should have fix it or limit it or at least mentioning at rules.  Moreover they mentioning that is a "known" exploits but that is just known for them not the for players because I did not found any word regarding that at the official website therefore I was not aware I am have been using known exploits.  It's a bit ridiculous if some of the placebles or other building pieces could become an exploits in such kind of game which is about the buildings. Waste of time. Waste of money. Just a waste, and a huge letdown to Conan fans. If you looking for such kind of building survival game then believe me that is better if you avoid this game.