So I Tried… Watch_Dogs

You play a hacker who has a super-phone that can hack anything with the push of a button. As it’s by Ubisoft there will of course be unlocking areas of the open world, enemy strongholds, parkour and an intriguing plot. Sadly it won’t live up to the experience, given that I’ve read probably two positive remarks about the game, after a poorly received release in 2014. 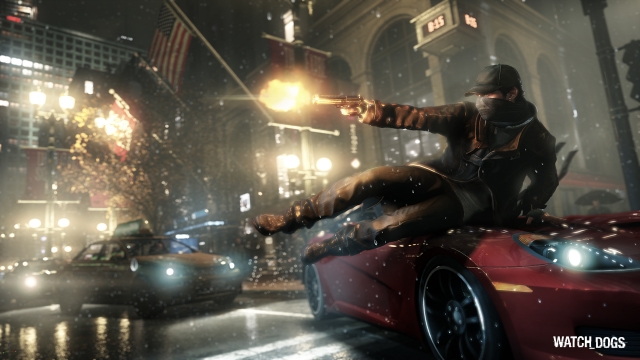 Bloody fun! Out of all of the games I’ve played for this series, this is definitely up there with Rogue Legacy as one of my favourites. As Aiden Pierce, expert hacker, you are seeking revenge against the ones who killed your niece, across Chicago. You do this using your phone to hack cameras, ATMs, controls, laptops… Almost anything electronic, and thanks to an app on your phone you can ‘profile’ people, find out who they are and whether they have been doing anything illegal.
A lot of my fun came from the side missions, which usually pop up at random, or when you hack a mobile phone passing by, when you’re not in a story mission. Head off to a marker and find a criminal just before they commit a crime, find a stashed package or money - there’s honestly not a lot of variety, but in half an hour I had a lot of fun with these. As you level up you can put points towards abilities, like gunplay and hacking specific aspects of the city. It’s one thing to fly through an intersection and activate the lights to cause some chaos, it’s quite another to zoom over an open bridge, Blues Brothers-style.
That’s another thing to love about Watch_Dogs: as it takes place in the home of the Blues Brothers - Chicago, Illinois - the music playlist has lots of great blues and soul. In fact, the whole soundtrack is pretty good, making the experience entirely positive.

Hell yeah - I’m playing this until finish and (maybe) beyond. It’s fun, the driving and shooting aren’t too difficult to get used to and I want to knock the power out to another large building! I’ve no idea what peoples beef with Watch_Dogs is, but a year after release, and away from the enhanced pre-release E3 footage and post-release DRM-failure I’m having a blast. I will tell people to play this and stop putting it off like I did, because even though its an Ubisoft game, it’s actually a pretty damn good one. 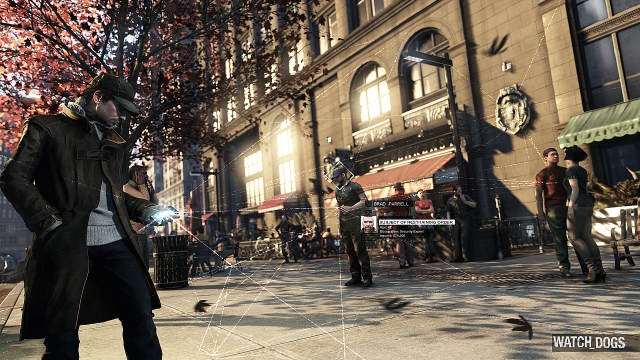 You Know You’re Addicted To Watch_Dogs When…

I sorta get the negative reviews the game got (expectations vs reality), but I, too, really enjoyed that game!

The tailing / hacking multiplayer aspect of the game can get pretty tense too  : ) [I like tailing more... hacking felt like glorified hide and seek]

There's the odd bug and thing that has me shouting at the screen, but 99% of games are like that.

What gaming platforms you got Ace? Might have a couple of recommendations of games for the series ;)

I have a barely-mid-level PC, a 2DS and a PS3. And a Android phone and tablet. I do have an iPad, but it's not used often. And, of course, I have access to emulators.