With each edition of So I Tried… a GameGrin writer takes a small look at a game they've never played before. The game in question has exactly 30 minutes to sell itself, and that decides if we keep playing it or not. Today, I take a look at the Xbox 360 version of Just Cause 2. 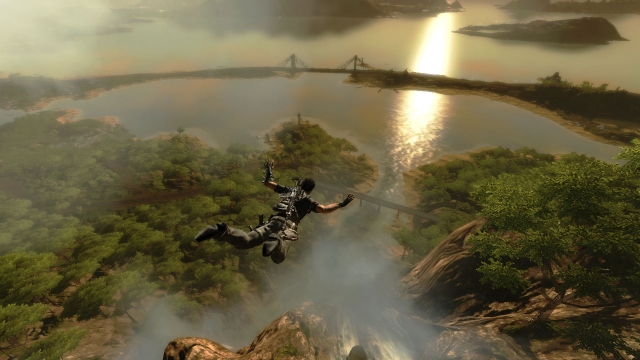 Precisely the sort of game that Michael Bay fans would love. Oh, and I had heard that there was a grappling hook, and that it was really fun to use in an open world.
Based on that information, I wasn't sure how much I’d enjoy it. That sort of silly shooty fun sometimes doesn't keep me entertained for very long, but then again, Bulletstorm is one of my favourite shooters. 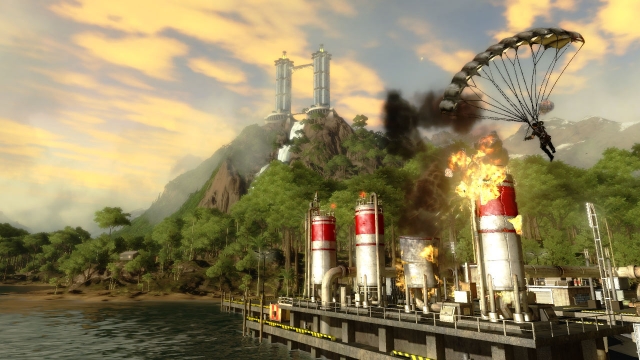 What it Actually is

Simply put, a lot of fun. It’s funny and over the top in the all the right ways, making the game brilliantly bonkers. I don’t recall playing any other game where I parachuted, slammed myself into a wall with my grappling hook, tagged a car to my tractor and accidentally flipped the car, shot people while hanging off a helicopter, and - I should stop listing things now. You get the point.
Also, every open world game should have a grappling hook. It’s just as fun as it sounds, and I fail to see yanking enemies off of balconies getting old any time soon. 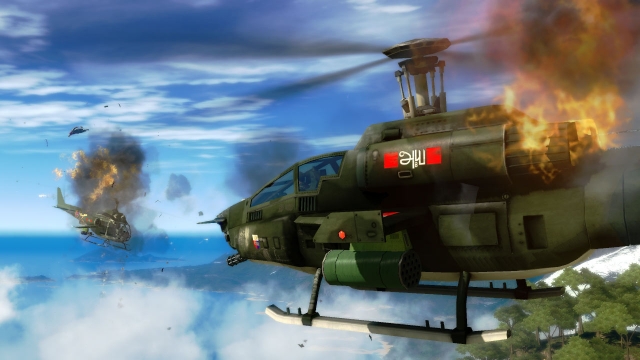 Now that I’ve experienced a slice of the brilliant ridiculousness that is Just Cause 2, I want more. It’s the sort of game that I’ll jump back into now and again for a bit of light-hearted fun. I adore the fact that some games are much more meaningful experiences than that, but I’m also glad that silly games like Just Cause 2 still exist.

Win Just Cause Collection with our Caption Contest

Just Cause 2 Multiplayer Getting Update