What I thought it was
I honestly have no idea what this one is, other than the title, I have an image of a Stormtrooper helmet with a stripe, or something… This came out whilst I was still pretty ‘meh’ about Star Wars, so was passed over in preference for anything else. Pretty sure it’s a third-person shooter where you play a clone trooper, as those seemed to be all the rage around the time of the prequel trilogy. I really do love this effect

What it actually is
A very intriguing first-person shooter, which sees you leading a band of clone commandos during the Clone Wars, against some robots and bug-people. I’m terrible with names, so I can’t remember the race… You command your squad as you go, aiming at things and pressing a button to make them do contextual things -- open a door, plant a bomb or take up a sniping position. I can’t remember the last game I played that had a team mechanic in it, but I do remember it being clunky and terrible: which this was anything but. 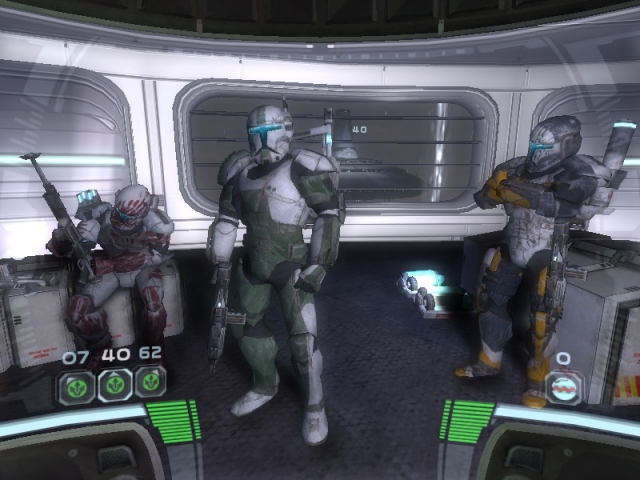 Will I keep playing
Yes, I’m going to play this through. It’s great fun, and I want to learn what makes these commandos different from ordinary clones. The first couple of minutes is a slightly interactive cutscene which has one of the people who created the clones, talking about how the commandos are better than their brothers, which has really piqued my interest. I love the HUD, probably because they’ve taken a page out of Halo’s book, and made it part of the helmet’s built-in system. The graphics themselves are pretty good for an older game, so I will definitely be finishing this up.