So I Tried… Sayonara Umihara Kawase

A platformer where you play a lass with a fishing rod. Using said fishing rod, you fight off enemies and use it as a grappling hook! At least that’s the best case scenario -- worst case it’s an anime themed platformer with jiggle physics. Hopefully a mixture! 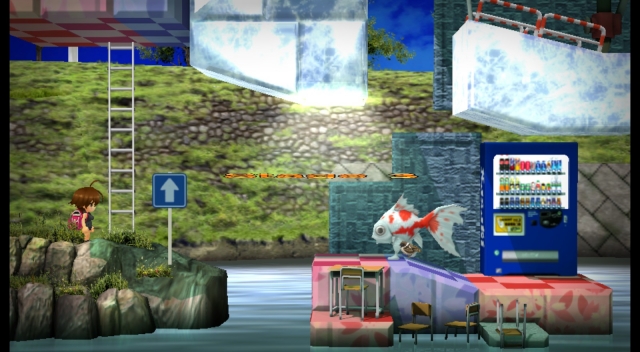 A cutesy looking puzzle platformer with many levels and boss stages, where you use a fishing line as a grappling hook. You have to catch fish (walking around on land with legs and feet) by hooking them and walking into them, or risk having to restart the level. In fact, if you go in the water, touch a fish or land on some spikes, that’s it -- back to the level select screen. It’s very much a Japanese title, and not only in the graphics. As it uses a controller (and not an analogue stick), the B button is Accept, instead of cancel, and the screen resolution by default is 100x100. These things may be hold overs from it being a PS Vita title. 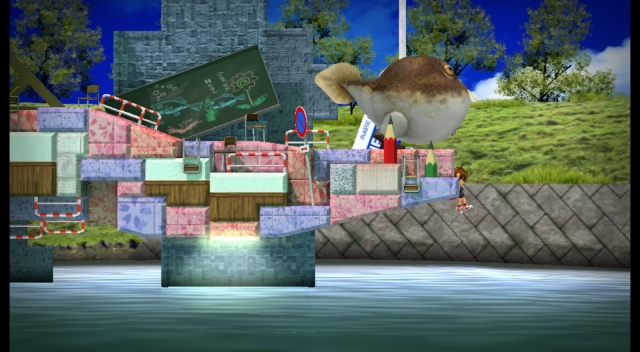 I love grappling hooks in games. Since the first Worms game, I’ve been obsessed, having to play any game that hints at using one, because it’s the closest you can get to web swinging without playing a Spider-Man game. Tenshu on the PlayStation was a dream come true, until Spider-Man 2 truly brought web swinging to life. And so it’s with great sadness that I have to say, no I will not be playing any more of this. It’s too frustrating. I can handle challenging, but the moment I’m having more “challenge” than “fun”, it goes away. I was really hoping I’d like this game... 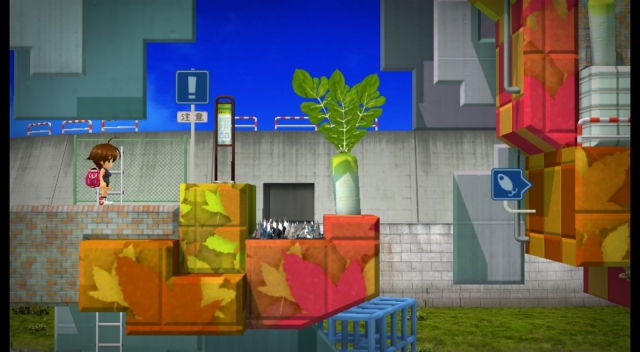