So I Tried… Glacier 3: The Meltdown

A racing game of some kind, where you have to race down a glacier. Presumably whilst it melts. That is, if I’m remembering what I saw of the Steam store page correctly… I’ll look very foolish if this is actually a horror game… Especially since that would have been more suitable for October, not the dead of winter. 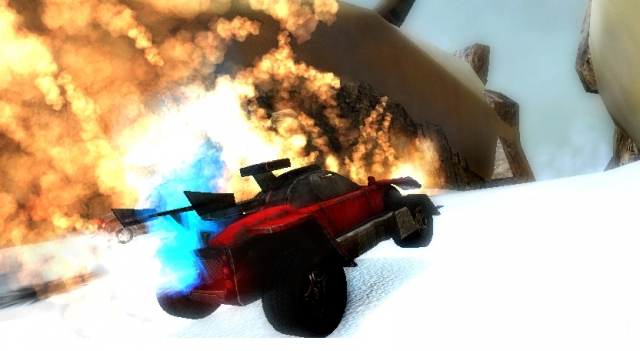 A terrible racing game with weapons and dodgy physics. The “story” mode is just one race after another, split into chapters. The race is littered with power-ups, Mario Kart-style, although it’s just the same four things over and over. Guns, rockets, mines and nitro. You choose a car at the start, and after you finish first in each chapter you unlock the next one. I assume... 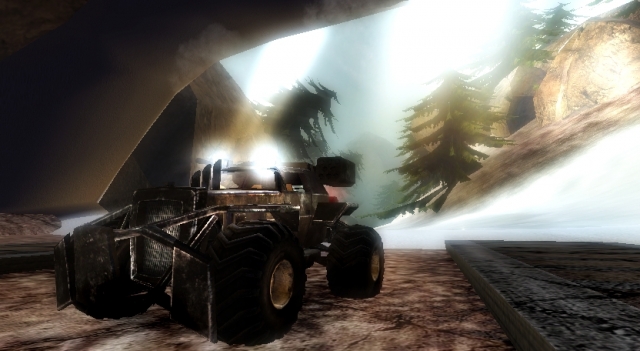 Objects in screenshots are more terrible than they appear.

No. In the half an hour I experienced, I replayed the four races of the first chapter five times. I know I’m awful at racing games, but it doesn’t help when the physics engine is working against you. You can drive on walls -- sometimes. You can boost along at maniac speeds, usually. It’s harder to turn corners with toy cars on a wet tile floor than it is in this game, and that’s including whilst you’re in mid-air. The weapons fly willy nilly, despite apparently having some kind of lock-on mechanism… If the people behind this worked with Stainless Games on Carmageddon: Reincarnation, then that would have been amazing. As it was, I was wishing time away as I restarted chapter one over and over...