A side-scrolling Western, with the ability to use luck as a commodity. The more luck you have, the more likely things will go in your favour. No idea of the storyline, but I know more about this title than I usually do about others. It’s intrigued me since I first read about it, so I’m glad I grabbed this. Hopefully playing it won’t make me regret it! 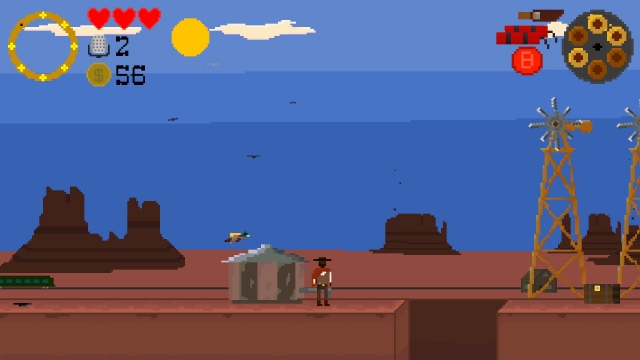 Funny, entertaining and makes great use of the simple graphics. You are given a charm at the start of the game which makes things happen at random, such as moles appearing right when you’re about to plunge down into a bottomless pit to save you, or bullets flying off at odd angles. You can activate it yourself, but it takes a second to start and only lasts for a moment, so timing is key. It’s up to you to return the six luck charms from the six dastardly villains who stole them, and return the town of Clovercreek to its former glory. 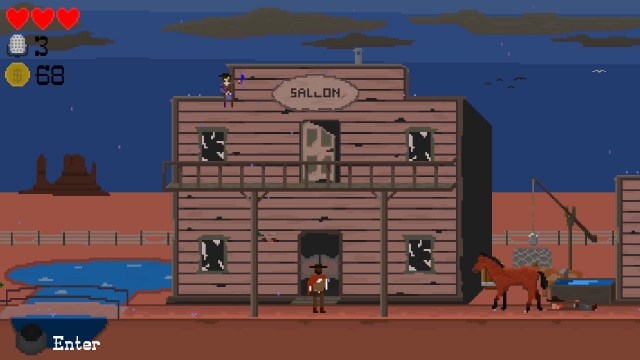 Yup, it’s a fun, simple platformer that can be quite challenging. It took me about seven attempts to take out the first boss, but when I finally did it was very satisfying. I returned him to town dead, even though given the option to return him alive, because he annoyed me so much. I think I was using the luck power incorrectly, so I’m eager to give it another crack to find out whether I was, and what improvements the townsfolk will make as I return more luck to them.