So I Tried… Mad Max

A game about a man called Max, who is quite, quite mad. Based on a series of movies by the same name (the original trilogy of which I finally watched over New Years 2014), which sees a cop driven insane, before the second movie revealed that everywhere was an apocalyptic wasteland. No, there was no mention of it in the first movie, I was paying attention… The game is supposed to be a good third-person action title, if you ignore everything that isn’t driving. One of the Grincast co-hosts tried to convince us that it deserved to be in the Top 10 Game of The Year contenders, but failed spectacularly to even convince himself... 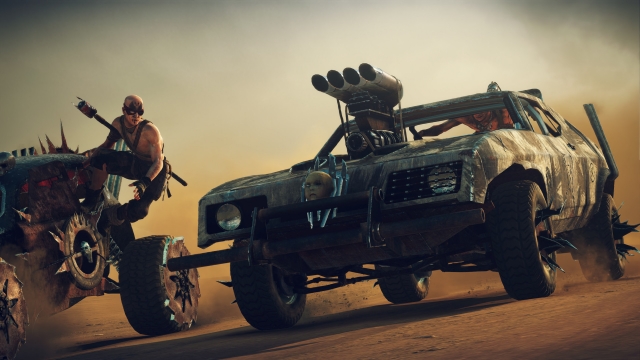 A third-person action game with pretty good driving. Though as I knew this, and it’s by the studio behind the Just Cause games, this wasn’t much of a surprise. They didn’t have to focus on parachute physics, after all.

You play as the titular Max, who gets run off the road, and his car stolen from him by raiders. Not being one to take crap from anyone, it’s your job to control him as he teams up with a mechanic to create the Best Car Ever™, and get revenge. This includes car combat, basic fist-fighting and some gunplay. Honestly I wasn’t a fan of the melee combat, and wished I had a load more rounds for the shotgun… 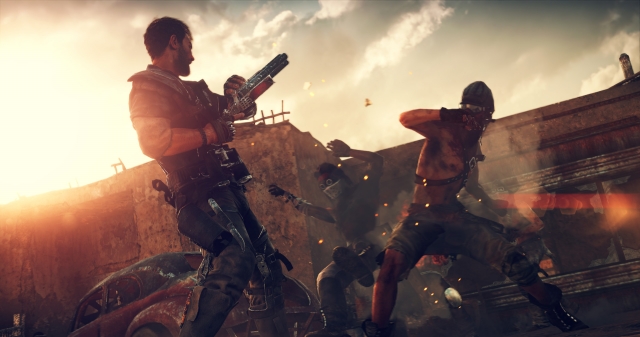 I’m closer to the fence than usual, but it’s certainly something I’ll return to. As I said, the melee combat is just awful -- it had been described as kinda like the Batman Arkham games, but honestly there’s more buttons and moves that you can do in those games. You have counter and punch -- I know Just Cause doesn’t see a ton of melee combat, but maybe make it so I don’t get my arse kicked so regularly, huh, Avalanche Studios? Despite that, I was having some fun driving around the sand dunes, so I’ll come back.

I liked the hand-to-hand stuff in this. XD