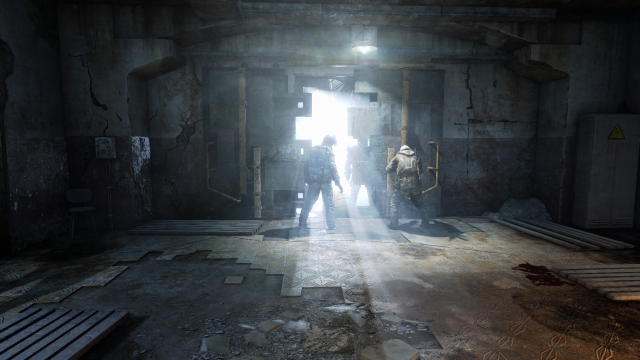 A dark, horror first person title based on a series of books set within the confined spaces of the Russian Metro system. I had the impression that it had some similarities with the popular S.T.A.L.K.E.R. series but that it was a more linear adventure rather than an open-world experience like those games. 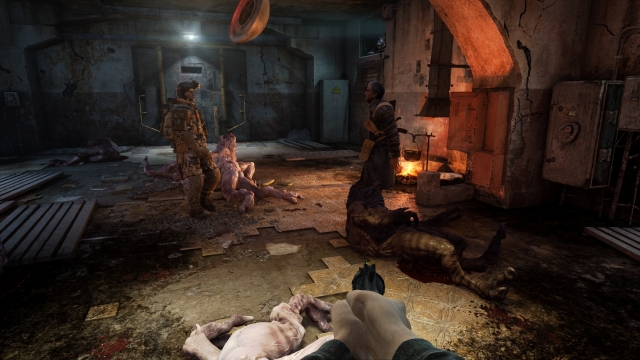 An atmospheric and stunningly realised first person shooter set in a fascinating post-apocalyptic world full of horrors. 30 minutes isn’t a lot of time to delve into this heavily story focused game as I’d barely finished the introductory portion. But what an introduction!

You play Artyom, a man who, like everyone else, is trying to survive in a world devastated by the repercussions of World War III. The game opens with you accompanying a ranger named Miller on an excursion to the surface to tackle creatures called the “dark ones”. This doesn’t end well, with Artyom and Miller being attacked by large mutant rat-like creatures before a large group of flying mutant characters called “demons” attacked, with Artyom appearing to be killed by a swooping demon before fading to white.

The game then cuts to Artyom’s room in a Metro station known as Exhibition where the game leads you around the location. This is where Metro’s atmosphere shines as each character you meet, every voice you hear and every incident you witness tells you everything you need to know about the sad state of humanity. From the scarcity of weapons to the abuse of people, the game manages to show you this without forcing it on you, simply exposing you to it as you are taken you through the station.

This culminates in a firefight as you take on a small group of mutants that are attacking the station via various tunnels and introducing you to another ranger, Hunter, who hands you a token to show Miller if he fails to survive. He doesn’t and thus the main adventure kicks off, and that’s where my (just over) 30 minutes left me. 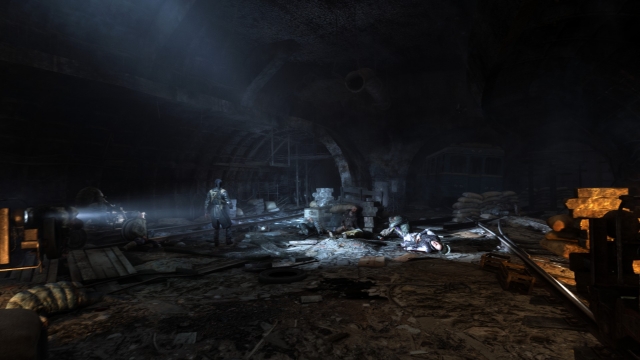 Absolutely! The atmosphere is fascinating and I’m interested in the world that has been presented. I was always put off playing as I don’t really handle horror very well but it’s really not as bad as I was expecting. The enemy designs aren’t pretty and I can definitely see the potential there for me to freak out but I’m optimistic I can do this and I think it’ll be worth it!