So I Tried… Soul Axiom

A first person puzzle game with super powers. At least, from what I remember of the trailer. Admittedly I keep mixing this up in my head with another title, but at least they have similar names -- I keep confusing Battleborn and Overwatch despite their names being very different! I know we reviewed it only a few months ago, but I do a lot of reading for GameGrin and have a dodgy memory… I do remember that I liked the look of it when we covered the trailer, and was looking forward to playing it when it reached consoles -- which it has done recently! 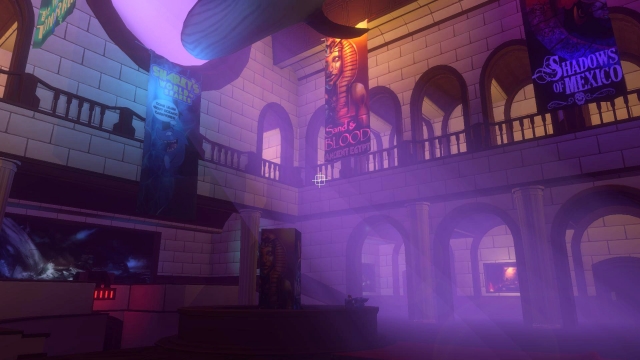 A first-person puzzle game, which sees you gradually gaining superpowers inside of a videogame/simulation. You start on a digital pirate ship which is attacked by some winged beast -- then your journey begins. It’s made obvious that you’re in some kind of simulation, from the fact that the moon flickers, and your first set of powers can turn certain objects intangible, by pixelating them. By the end of my half an hour I had come across the second power set, which allows you to make objects move, and freeze them in place. 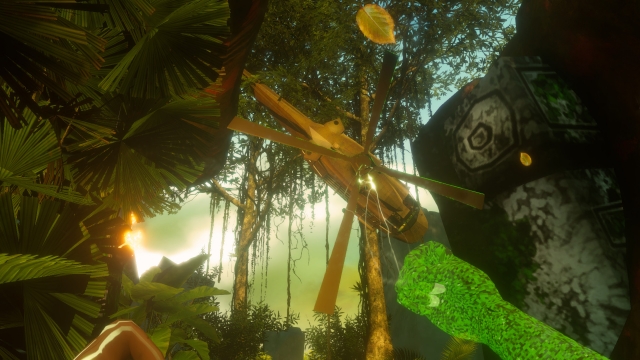 Yes, I enjoyed my time with the game enough to continue on. I’m curious what the winged creature is, and why it’s destroying the simulation. I discovered that the simulation allows people to upload their mind and relive their favourite memories -- of course with that creature, and a strange female voice coming at me through the PS4 controller, it’s all quite intriguing. It’s a little on-the-rails, but the levels are all large, and have their secret nooks and crannies. There seems to be plenty to keep me engaged.