So I Tried…Starlink: Battle for Atlas

In each edition of So I Tried… we jump into a game that we have never tried and see what we find. Will it be something new to love? Something new to despise? Giving the title just under an hour to see if it is the game for me no matter how bad it may be. With the last season of Netflix’s Voltron Legendary Defender releasing my hunger for sci-fi is never ending; so I picked up Ubisoft’s new space epic, Starlink: Battle for Atlas, to see if it could at least partially satisfy my appetite. 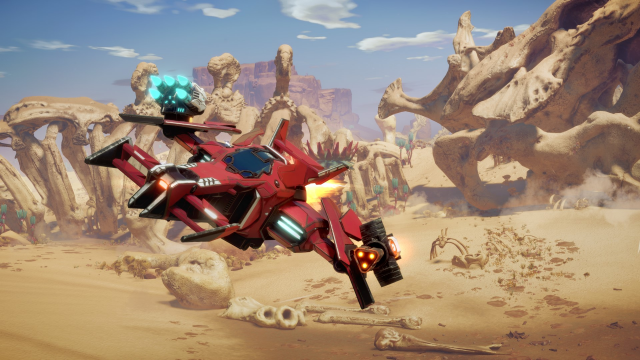 Going in I was hoping for Voltron: the game, but instead of piloting giant mechanical robots you fly cool star-ships that can instantly change their weapon loadout. Being a Ubisoft game I was also ready for the usual base take down side missions and repetitive, but fun, open world (or open galaxy in this case) experience. Basically Assassin’s Creed but instead of parkouring around the place you simply fly.

Instead of Voltron this game instead feels a lot more like Overwatch with spaceships in terms of the quirky and unique characters of the Starlink crew. Each has a very obvious and distinct personality that fills the game’s clichéd story with some much needed personality. When it comes to gameplay though the outer space combat feels a bit too rigid, enemies are all too easy to fight, and when on a planet you’re mostly stuck hovering just above the ground really making it feel like the flying cousin of Assassin’s Creed. But what makes Starlink click (literally if you’re using the toys-to-life ship on your controller) is the varied and ever adaptable use of weaponry. Changing from ice-missiles to a flaming shotgun weapon on-the-fly just feels so cool and really brings out my inner 10 year old with a gleeful smile. 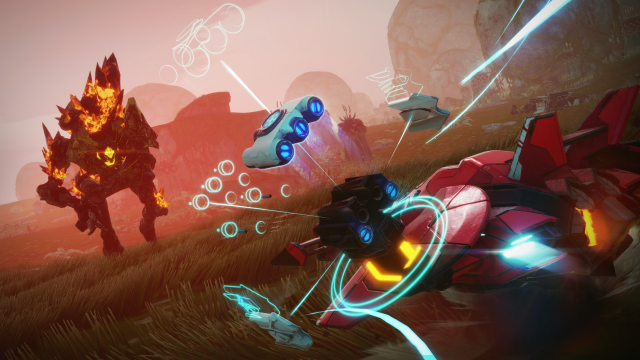 I think I will keep playing. Being only in the first few story missions there is room for the enemies to get more difficult and interesting to fight, and upgrading my ship to be faster might help the outer space combat feel more fluid. There’s enough potential here with the loveable cast of characters and ever changing arsenal for a high octane space romp, but only if Starlink takes full advantage of its inherently cool premise and cosmic setting.

10 Characters that should be Starlink Pilots

So I Tried…Starlink: Battle for Atlas