So I Tried... Psychonauts

Each edition of So I Tried… I will try a game that I haven’t had a chance to play before. Am I going to fall in love with the game? Or is it going to be another game destined to sit on my Steam list? I'll play the game for a solid half an hour, and see what my first impressions of the game are. This time I went for a game that I have heard a lot of hype about over the years but I haven’t had a chance to try, Psychonauts by Double Fine Productions. 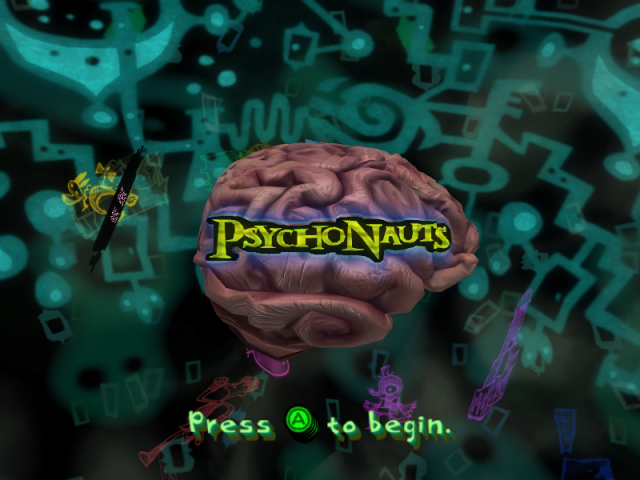 I vaguely remember seeing this game on game review shows like Reviews on the Run here in Canada. I don’t remember many specifics other than it involves kids with psychic abilities and the hosts on the show really enjoyed it. I figure it’s like an RPG with lots of puzzles since it seems like it would work well with characters that have psychic abilities. Since the game originally came out in 2005 I’m expecting the graphics to look dated and kind of rough since it was on the original Xbox and PlayStation 2.

The game is actually a 3D platformer much to my surprise! I definitely wasn’t expecting this! The game is set at a summer camp for kids with psychic abilities. They will be trained to become international secret agents, or psychonauts as they are called. We learn that the brain is the ultimate battleground and these children are considered psychic soldiers according to Coach Oleander who is one of the instructors at the camp. While Oleander is going through his opening speech someone comes flying in unannounced, it is a kid named Rasputin. He quickly shows Oleander he deserves to be there by reciting everything that was included in the camp pamphlet.

You play as Rasputin (Raz for short) and meet a ton of interesting characters along the way while you try to get through psychic training camp. This isn’t any ordinary camp though, you are going through the obstacle course that is in Oleander’s mind. You collect memories and clear out emotional baggage as you attempt to get through all the traps and obstacles set for you. While there you have to be sure to absorb positive mental health or you will be kicked out of the astral projection and back into the real world.

The graphics and sound are all great and hold up really well. A few of the areas look kind of dark but it isn’t a huge problem. The character voices are well done and nice to see in an older game since a lot of times they would only show text for the characters when they would speak. Using the Xbox controller worked great, there were only a few times I had a bit of difficulty but that was just swinging on bars stuck out from the wall to go up. Pretty much any game I’ve played that has that as an obstacle takes a bit of practice to get through. Timing is key here.

Yes, I definitely will! Psychonauts is so much fun and has a ton of personality. I now understand why everyone loves it so much! The crazy characters you meet like the kid with the tinfoil hat who talks to squirrels and blows off their heads, or the ones who are paranoid make me want to get out make me want to learn more about the story. What exactly is going on here? I have to make sure I can get through this game before Psychonauts 2 comes out! I better get back to it, I am running out of time! 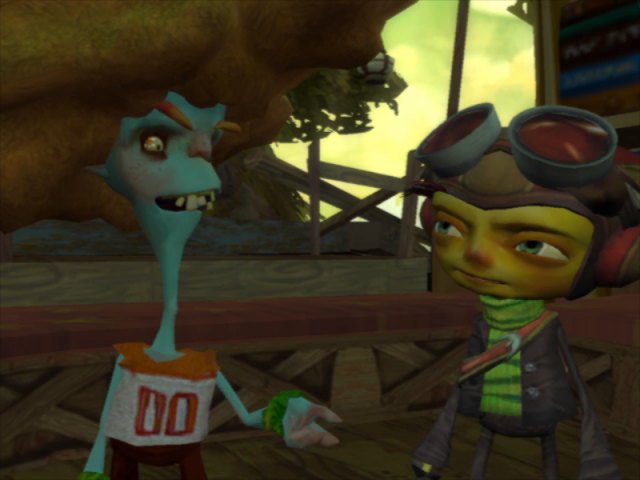 Psychonauts 2 Has Been Delayed