What I thought it was
I honestly have no idea. I recall hearing about it, but not any details about it - it's a mystery. Although given the title I know it's going to involve someone having premonitions and how deadly they are. I don't even know who developed or published it - so I doubt it's a good game... Good games I tend to know details about. 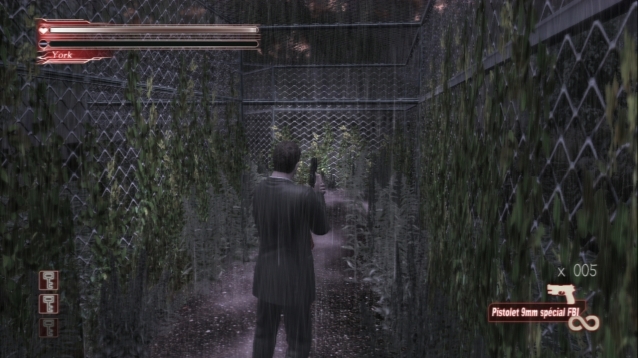 I honestly have no idea. I still haven't hit up Wikipedia, but it was probably a PS2 game with slightly higher quality textures - Deadly Premonition HD as it were. Nothing else appears to have been updated for whatever reason, as the character models are jerky and in all it plays like a poor man’s Silent Hill. You play as an FBI agent who chain smokes and seemingly talks to himself - I’m unclear as I have no idea what his name is. He crashes his car and starts a small forest fire, before wandering off into the forest. You encounter zombies/possessed people that are pure Japanese horror movie cliches, which die in five bullets from your infinite ammo handgun. In my half an hour, that along with a few QTEs are all I encountered before being owned like a boss by a boss.

Heck no, this was deleted off my PlayStation 3 as soon as my time was up. For one, it's a horror game - for two it's a bad horror game. The developer watched too many horror movies and played Resident Evil far too often, then rather than giving it an update for PS3 they probably just reskinned everything. Early in the game, it's so jittery I could have forgotten I was not on my PS2. I'm actually annoyed I had to wait so long for the <10GB to download for me to play - I have no idea why it's so big! The voice acting is terrible, the plot is pure cliche and it's as generic as can be.