The sequel is coming out, so all I know I’m taking from that trailer. A first person shooter set in a post apocalyptic world, there might be something about a meteor or comet? I dunno, I watched the trailer a few days ago at this point… 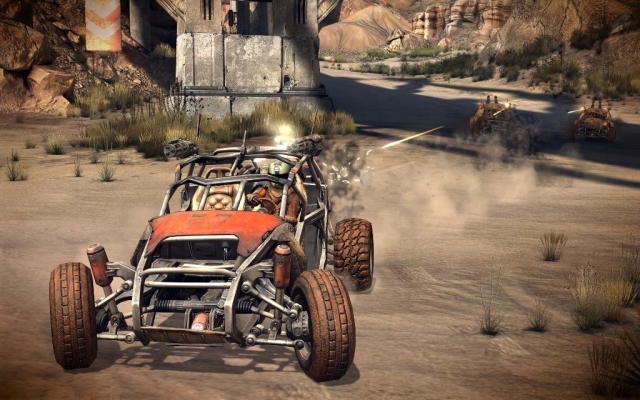 Waking up from cryo-sleep over 100 years after a meteor has decimated the Earth, you discover that you’re the only survivor of your particular Ark. Think the Vaults from Fallout, just not sinister. Freshly discovering the wasteland, you’re saved from bandits by John Goodman Dan Hagar, and instantly put to work murdering people. After wiping out a whole bunch of Ghost Bandits, you’re let loose upon the world to do odd jobs for anyone you want. 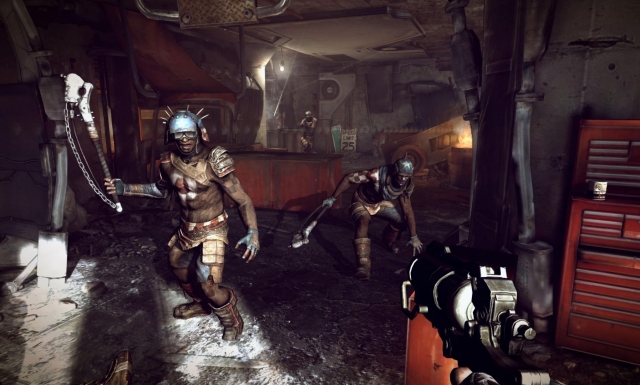 The enemies don’t run at you, they roll, jump and swing, making you waste ammo and then take five or more bullets to die - including several headshots. RAGE is not an easy game. And if you’re familiar with my work, I’m not someone who enjoys hard games. However, as I was driving back to see Hagar, I rammed my ATV into a rock accidentally on purpose and was sent flying. I laughed quite loudly, and for several seconds thanks to how unexpected it was - it also told me that I probably wanted to check out more of what it has to offer. Anyway, you can’t go far wrong with John Goodman.